Rate this item
(5 votes)
John Scofield is an American jazz guitarist and composer, who has played and collaborated with Miles Davis, Dave Liebman, Joe Henderson, Herbie Hancock, Pat Metheny, Bill Frisell, Billy Cobham and George Duke, Medeski Martin & Wood and many other well-known artists. His latest album, Past Present, was released on Impulse! in September 2015.

1. You last tour with Joe Lovano back in 2008. What made you thinking about reuniting the quartet?

We really played a lot in the early 90s. We did a bit with Dave Holland and Al Foster (Oh! by ScoLoHoFo on Blue Note in 2003), and then that tour in 2008, but other than that, we haven’t done a whole lot. The reason I put the group back together was that first, I had written a batch of straight-ahead, acoustic, swinging jazz tunes, and I wanted to record those. I’d been making electronic records the last couple before this. And I thought, who do I want to get to play this? I want to get a horn player, where I would comp, and be the piano player, kind of. And Joe’s my man, you know, he’s the best! And I think Bill Stewart, same thing, for the way he plays my original tunes – he’s an incredible drummer. So I put the group back together! That wasn’t really the intention when I started. The intention was just to record a jazz record. 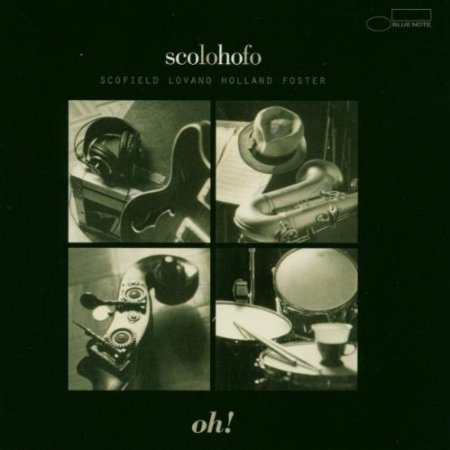 2. You’ve known Lovano since Berklee days. How has his playing evolved this last few years?

He’s become more succinct, and strong in being able to conceptualise. He’s a great improviser, in that you can tell he’s really going for something – not just playing whatever comes to mind. He’ll have a concept for each tune, things he wants to accomplish in his improvisations, and he’s getting better at that. But the thing about Joe – I thought he sounded great when I first heard him, when we were kids! He played really well then, and what I told everybody was that his sound reflected a lot of the earlier jazz that I really loved – that in 1971, I hadn’t heard in a lot of the young tenor players. Most of the kids were into the jazz that was happening right then – which I was too. But I had a lot of older records by Lester Young and Ben Webster, and so on, and Joe reflected an older style as well as being very modern. And I think he still does. He can still summon up this energy, this verve, this swing, that’s phenomenal. Music really needs that so we can see how good music can be!

3. What does Larry Grenadier – who replaces the late Dennis Irwin – bring to the band?

There are so many different ways to play the bass – but Larry plays it the right way – for my tunes! I’ve played with Larry a bunch of times before, although we haven’t done much recording, and I knew he could be counted on to really anchor the stuff. Writers run out of adjectives for bass players, using words like stalwart - but to really anchor the music is what it needs, as we fly off all around it. But to play the bottom end and really take care of that, especially with no piano, the bass has to play the harmony and push the rhythm, and keep the guideposts for us, so everyone else can play real freely. And that’s what Larry can do, incredibly well – as well as being a great soloist, and all that. But you have to be very knowledgeable in all aspects of the music to play the bass function. You have to be able to feel where the guys are going, and feel whether it needs to be pulled back a little, or pushed a little harder. It’s a very subtle thing that only a master musician can do well.

4. Last time around you made a few records together. Are there plans to keep the band together?

It’s hard to do that nowadays, because everybody expects me to have new projects. Part of me want to rebel against this, because if we have the same band over and over, it gets really tight. But what I’ve been doing is revisiting past relationships, like this one. And it’s interesting, because although we haven’t played together so much for a few years, from the first note, we’re right back to where we were – and maybe with more. So yes, I want to play together again with Joe and Bill, but I don’t think it’s going to be the next record we do. We’ll be playing together into next year, but then I’ll do something different, and Joe will too. But I’m sure we’ll get back together because we’ve got this thing we can do, you know? 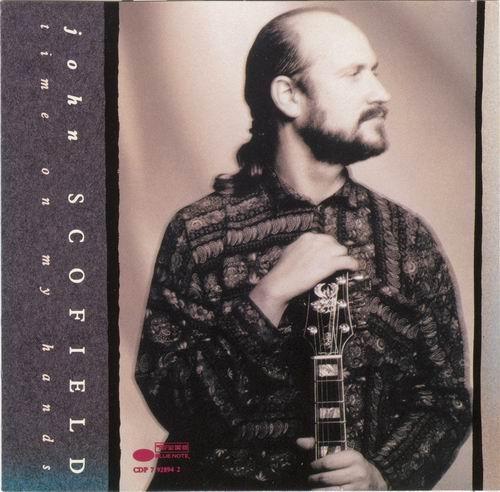 5. On our CD review, I suggest you come across – on record, at least – as something of a restless spirit. Is that a fair description?

You know it might be, but I never thought of myself as that. I always thought it was the business wanting me to do all these different projects, but now I think I’m addicted to change. In other words, I do one thing for a few months, we do a bunch of gigs, and then I get thrown into another situation – and I bring knowledge from one thing to the next. I think the diversity helps me to get better. I guess I’m a restless spirit! But I just want to get better…

6. We’ve spoken at length in the past about your time with Gerry Mulligan, but after that you worked with the late George Duke. What did you learn from playing with George?

I played with George and Billy Cobham in a band that they co-led. I was really young – maybe 25 or 26. We were out on the road all the time, which was fantastic, living my dream of being a touring musician. I practiced all the time, and was able to apply it at night. And George was a thoroughly developed jazz musician, who could play the shit out the blues and funk. And this was at a time when blues and funk were not quite so separated from jazz. He had come from Cannonball’s band. The moog synthesizer had just been invented a couple of years before, and he was mastering that. I remember him telling me he wanted to play like Yusef Lateef played the oboe – that was one of the things he was thinking about. George was a monster player! He has this thing was blues and funk that really connected with the audience. So I learned a lot about music, but he was also this incredibly happy guy, and that rubbed off on all of us. Interesting guy. He was one of the guys who mastered electronic instruments, and set the bar for electronic keyboards. You can’t play the Fender Rhodes or the Moog synthesizer without being aware of his style. I had a lot of fun with him! 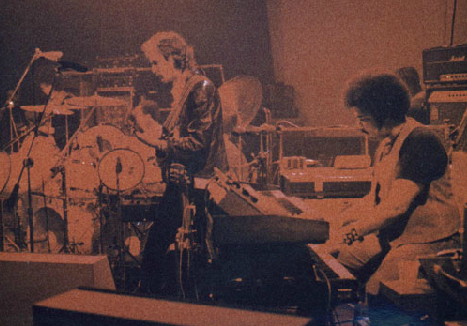 7. You’re back on Impulse! Records. What do you make of the latest reincarnation of the label?

It’s great! I mean, Universal Jazz owns all of these imprints – Blue Note, Verve and Impulse! Jean-Philippe Allard, who runs Impulse!, is a real jazz guy and the label means a lot to him, just as it does to all of us, because as jazz fans we loved the records made by Creed Taylor and Bob Thiele. So it’s really fun to see these new records on the Impulse! imprint, because I have all these old Coltrane records in my basement that I bought as a teenager that I treasure.

8. You’ve played many styles of music over the years. Are there any musical ambitions you’ve yet to fulfil?

I just want to play better, to be more consistent and get the guitar down a little more. And then I’ve got a collaboration coming up with Brad Mehldau, I’m real excited about that. He’s going to be playing electric keyboards. And next year, too, I’ll be making a record of country tunes, trying to make these country and western tunes work in a jazz way. So these are challenges, and things that I’m thinking about. I used to think it would be good to play with one of my idols – this guy or that guy – and that it would change me. And that’s what happened – with Chet, certainly with Miles, and with Joe Henderson and Herbie Hancock, and all the greats that I got to play with. I don’t have anything like that. I’m interested in collaborations with other musicians that might not be the demi-gods that those guys were to me! But collaboration is still essential to the music.

9. Tell us two things about John Scofield that might surprise people?

Well, I like to stay home – which might surprise some people, because I’m on the road all the time. And it might surprise people to know that being on the road so much is a joy, and a responsibility that’s been given to me because I’ve been allowed to go out and play because there’s a audience for it. I know so many musicians that wish they could do this. Jazz musicians need to play non-stop to keep their chops up. I like crime novels. That’s how I get by on the road. I pretend I’m a detective while I’m there in my airplane seat! I’m joking with that!

There’s a writer I like called Daniel Woodrell that I think everyone should read, I’ve been getting into his stuff. He wrote Winter’s Bone, and some other stuff. They call it ‘southern noir’.