Rate this item
(6 votes)
Matthew Halsall is a Manchester-based bandleader and trumpeter and is one of the UK’s brightest talents. A gifted trumpeter with a beautiful, expressive tone, his music draws on his love of the transcendental, spiritual and modal jazz of Alice and John Coltrane and Pharoah Sanders, as well as the glories of ’60s British jazz. His albums Sending My Love, Colour Yes, On The Go and Fletcher Moss Park have won him a legion of fans across the world and acclaim from the likes of Gilles Peterson, Jamie Cullum, Mr Scruff, Bonobo, Radio 3′s Late Junction, MOJO, BBC Music Magazine and BBC 6 Music. His latest album, Into Forever, was credited to Matthew Halsall and the Gondwana Orchestra, and was released in the autumn of 2015.

1. What has the response been to the launch of your new album, Into Forever?

The response has been the best so far – really positive. Sales have been almost double the previous album at this stage, and the press and media response has been excellent. We’ve always been lucky with the label (Gondwana) throughout, having a secure, stable amount of sales. But it feels like the three most recent releases, in particular, have really gone up a couple of notches, and the profile of the label has grown from that.

2. Your music is relative involved, with a large number of musicians and singers. Is it still possible to make an album like that, and make money out of it?

Yeah! It’s been an interesting couple of years in that respect. The more money we’ve put into the making of an album, the more we’ve got back. So it just goes to show that the more energy and effort you put in, the greater the reward. I’m not saying that works for everyone, but we spent almost double the amount on this album compared with the previous album, and we’ve pretty much recouped that a month-and-a-half into the release. Most of the extra money was spent on mixing and mastering, and recording in complete separation, to give everything a bit more weight and its own space. We wanted everything to sound warm, and fat, and clear. But it seems to have paid off, so far.

3. Did you grow up in a musical household?

Not really, no. My granddad played a bit of organ and piano, but my parents didn’t play anything. My dad was an art teacher, and my mum was a bit of an entrepreneur, own several types of shops. But they had a good record collection, and we always had a piano in the house, which was very important when I was growing up; that combination of being able to play and have fun with music, and being able to listen and be inspired by old vinyl. My parents played lots of soul – Stevie Wonder and Bobby Womack, Isaac Hayes and Marvin Gaye, but also my Dad was a big Beatles fan, so pretty much all the Beatles albums and a bit of blues. Bits of jazz, but not loads. They had a friend who worked at a jazz club, and there was a Sunday afternoon session once a month. A lot of American jazz artists performed at the club, and my parents took me there from the age of five or six. And that’s how I got into playing the trumpet, and jazz music. I loved the sound and energy of big band music, and now that’s becoming a part of my music. I’m a massive soul fan, and I’ve been collecting a lot of 7” and stuff over the last five years. I guess that’s also influencing the music I’m making now. 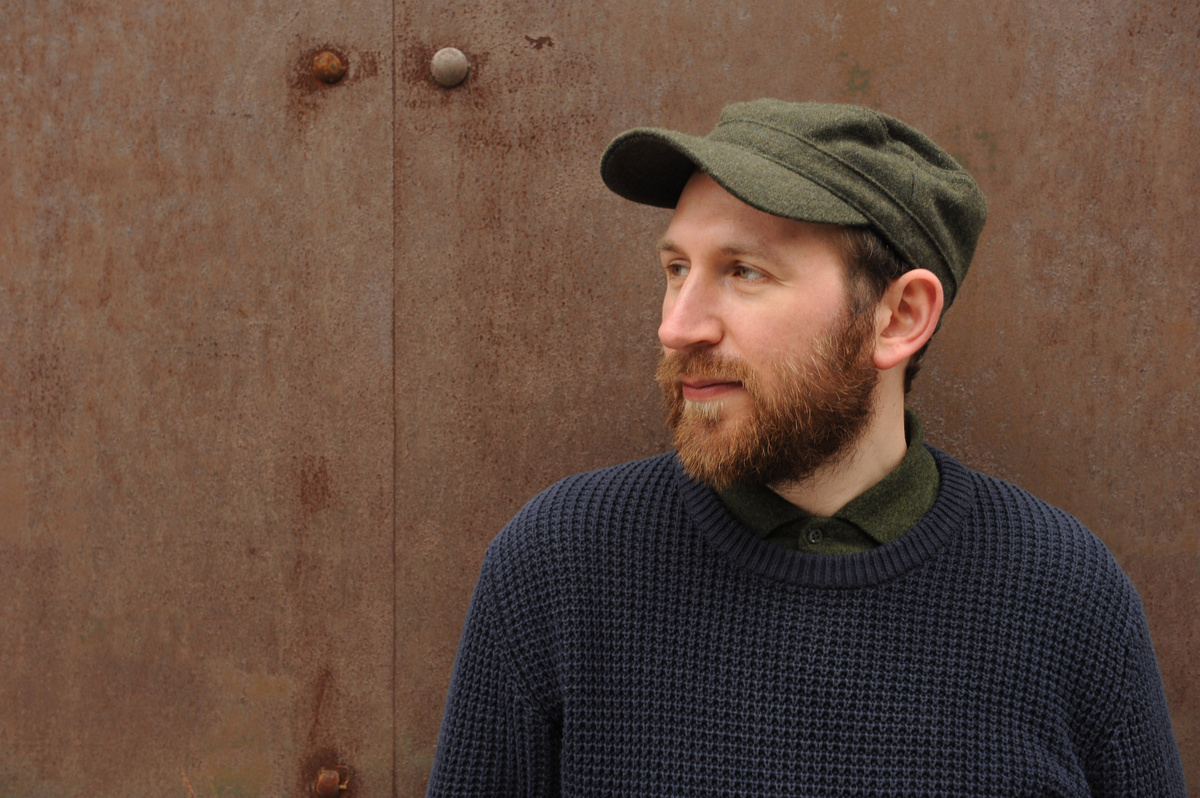 4. Who influenced you most as a trumpet player?

Originally the two tracks that got me into playing were Dizzy Gillespie’s A Night In Tunisia and Milestones by Miles Davis. From that point I really got into their playing. Two very different players – there was an energy and excitement to Dizzy’s playing that I loved, and a soulful, honest approach to Miles’s playing. Then I got into Chet Baker. I started listening to him when I was eleven years old, and buying everything I could, memorizing his solos and the way he played. What I like about Chet Baker is his real vulnerability and honesty. From that point I got into Freddie Hubbard, Lee Morgan and Donald Byrd, and became more aware of jazz history. Then later, as I got into meditation, I got into Don Cherry. Dizzy Reece made a very spiritual album called Nirvana that I really like as well.

5. What influences you as an arranger, now that you are working with a bigger band?

It’s probably more some of the great producers – Quincy Jones, Charles Stepney (Terry Callier, Ramsey Lewis), a guy called Richard Evans, who worked with Dorothy Ashby, and Isaac Hayes. All of those guys, and I’m really into Roy Ayers these days as well. Together with Alice Coltrane and Pharoah (Sanders) from the Impulse! years.

6. What is the importance of Alice Coltrane to you?

The timing couldn’t have been better when I found Alice Coltrane’s music. I started doing transcendental meditation when I was thirteen or fourteen years old, and was getting deeper and deeper into Indian and Eastern philosophy. I hadn’t really discovered that side of jazz at that point. At that point I think it was (Manchester DJ) Mr. Scruff played You’ve Got To Have Freedom by Pharoah Sanders. I was blown away by that particular track, went home, and discovered that he’d done all this spiritual jazz, and that he’d played with Alice Coltrane. I then bought everything I could by her. I was a big (John) Coltrane fan since I was about twelve years old, but more the sort of mainstream tracks. As I got older I discovered the more spiritual side of both Alice and John Coltrane. But it was through Pharoah Sanders, and thanks to Mr. Scruff, that I discovered it!

7. You make reference to temples in Japan and Taiwan on you records. What was the story behind that?

My ex-girlfriend was Japanese, and I lived out in Osaka for a little while. I visited Kyoto, Kobe and Tokyo, and I loved the beautiful, old Buddhist buildings and temples, and loved the culture, the music and instrumentation that I heard, and it naturally rubbed off on my music. When I’m writing I try to imagine the atmosphere of places that I’ve been to, and create something of a journey – I like to take the listener on a musical journey. So Kiyomizu-dera, from When The World Was One, is named after a temple in Kyoto, and Sagano Bamboo Forest, from the same album, is another place I visited in Japan. I’ve got a trumpet endorsement deal with a company in Taiwan, and they paid for me to fly out there, and play a number of performances using their trumpet. They asked me if I wanted to do anything else while I was there, and I asked if there were any interesting temples. They took me to the Longshan Temple, in Taipei, which was incredible – a really beautiful place. I’d really to go back to Taiwan, it’s a place that really touched me. Daan Park, another track off Into Forever, was named after a park opposite my hotel. I went there to relax, because I had a couple of hours off, and went with my computer to compose. I wrote a couple of tunes whilst watching people doing Tai Chi, so with that particular track I tried to capture the movement of people doing Tai Chi.

8. There’s a different emphasis on the new album. How did that evolve?

It evolved naturally, rather than being planned. I write a lot of music – maybe forty compositions a year – and I pick maybe twenty to record. I then whittle it down further, to around thirteen tracks – sometimes less. In the case of Into Forever, I cut it down by two tracks, just one week before manufacture. I’m hoping to make an album that is balanced and honest, and captures a particular mood and feeling. I play the trumpet more than ever now, so Into Forever is not the end of the trumpet playing! People keep telling me it’s disappointing there’s less trumpet on the album, but I have just done five albums with a lot of trumpet! The way I write is quite different to other horn players; I compose a lot of the melodies sitting at the piano or my computer, and so I don’t worry about making music specifically for one instrument. I want to be freer and more honest when writing the melodies. What often happens is that my melodies are so high, that they don’t suit the trumpet. It would sound too aggressive, playing the higher register stuff, so you tend to hear a lot of flute and soprano saxophone, and in the case of Into Forever, vocals. I’ve got to serve the music, and not be so self-obsessed with my own playing. 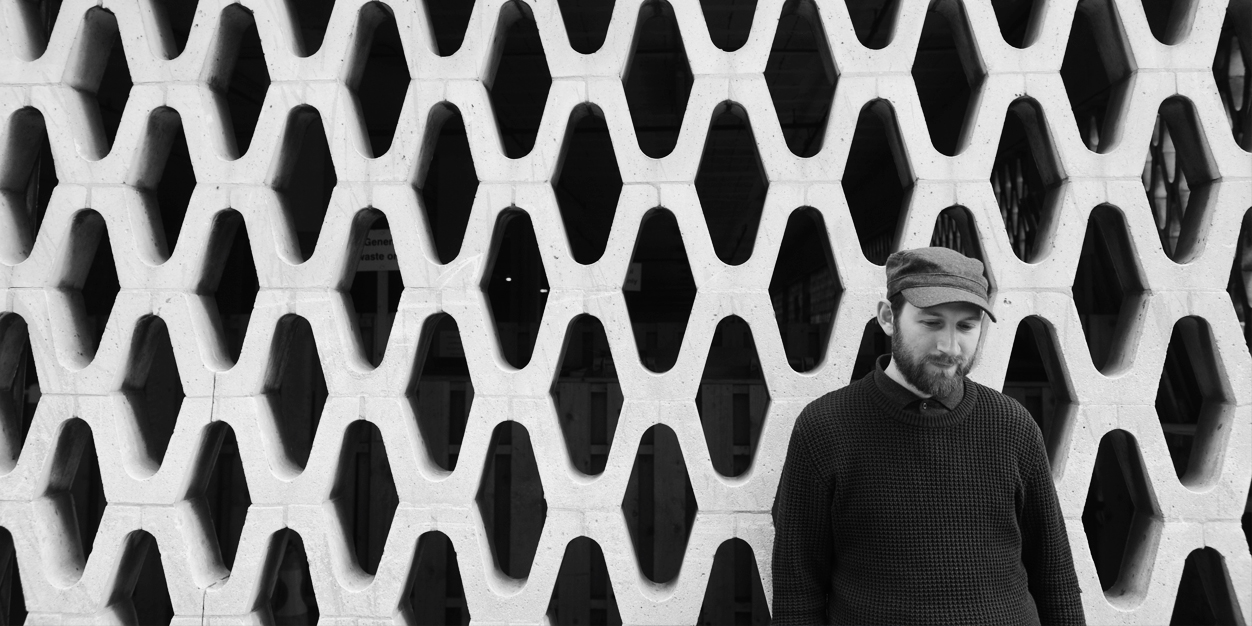 It will be the same process, but it may sound slightly different. I’ve written a number of tunes for a project with Dwight Trible, an amazing singer from America, and a spiritual jazz guy. I met him at a festival in South Africa called the Joy of Jazz Festival, and we were staying in the same hotel. He sings in the style of Leon Thomas. We’re going to make a record together, which I’m excited about. It will be a bit more spiritual than Into Forever, more free-flowing, like a Leon Thomas/Pharoah Sanders style. I’m also going to write more stuff for the Gondwana Orchestra, and hopefully that will also evolve. I’m also producing music for quite a lot of other people.

10. You have a DJ mix on your website; any interest in doing some crossover music, with more dance influence?

There’s been something in the pipeline for some time now. I’ve done a lot of electronic projects, both with me composing and with collaborations, but I’ve never felt the balance and energy has been quite right. I continue to add electronics into my productions. People may not realize, but we add a lot to each record, and take stuff away as well. On Into Forever we added synthesizer, some nice low-end Moog, and quite a lot of reverbs and delays, but then decided they didn’t really enhance the record, so I took a lot if it away. I spent around six months trying out loads of techniques. In the end, we left only one electronic technique, and it’s on The Land Of, where there’s a delay on the flute into the drum breakdown. But we tried a lot of different things on that track. On the live show, I use a lot of pedals on that track, to create a dub effect on the flute.

And finally...what are your thoughts on the state of the UK jazz scene right now?

I think its very, very healthy and an exciting time. The fact that people talk about the UK jazz scene, and the musicians coming through in Manchester – bands like GoGo Penguin, musicians like Stuart McCallum, my stuff, Nat Birchall’s music – it’s an exciting time, and there’s lots of people being creative. I’m very proud of that, and very excited. There’s a lot of good music from the south too. I really like Greg Foat, a library music composer, who plays piano, and then there’s Mammal Hands from Norwich, and then there’s the guys in London like Seb Rochford (Polar Bear), Sons Of Kemet, people like that, who are getting global recognition.