Rate this item
(4 votes)
Christian Scott, also known as Christian Scott aTunde Adjuah, is a Two-time Edison Award-winning, Grammy-nominated American trumpeter, composer and producer. His most recent album, Stretch Music, was released in the autumn of 2015, and was included in our Top Ten albums of the year.

1. Who were your biggest influences growing up?

I was a big Clifford Brown fan. Of course, I loved Dizzy Gillespie and Louis Armstrong, the main guys you would think. But I was also really into Lee Morgan and Freddie Hubbard, Fats Navarro and ‘Sweets’ Edison, Tommy Turrentine, a lot of Booker Little, and of course Miles Davis. Once I became aware of his music he became a huge influence. I was influenced by pretty much anyone who played the instrument! It would be harder to find who I didn’t listen to.

2. What were the most important lessons you learned from your uncle, Donald Harrison?

A lot! This is the guy who really taught me how to play, so it’s hard to say what was the most important. One that still resonates with me is that you don’t build a career in a night. And you don’t listen to what people are saying about you; you have to be honest about where you are in your development, and what you’re working towards. It’s easy to fall into the trap of having someone say you’re great, and you stop doing your work. One of his big things was making sure that never happened, you know.

3. The new album has a very different sound to its predecessor - is that something you planned, or did that evolve over time?

A little bit of column A, a little bit of column B. The sound that I have now I wasn’t really eligible to have in 2005; the things I’ve seen, experienced, heard, what I’ve checked out, what I’ve been a party to has changed me. A lot of artists have a foresight as to where they see their trajectory, where they see their music going, and I’m no different, I guess. For me, it’s always been important to keep pushing the envelope, to try and find new terrains and landscapes, new means of communicating. Our sound is really the sound of us re-evaluating the way we communicate musically.

4. The use of two drummers gives the new album a very unique sound. How did that come about?

It came about because I wanted more! Drummers only have four limbs. The two guys I tapped to help me with this specific project play very differently, so I wanted to create a palette that in terms of the drum sound had some of the oldest sounds possible, but also some of the newest sounds. So one of the drummers, Joe Dyson, who played in my uncle’s band for almost a decade, plays a pan-African kit – which is a kit we set up which includes recapitulations of West African drums, and some actual West African drums. We’d have a djembe drum on its side replacing the bass drum, dundun drums serving as toms – a very different set up, but you could play it the same way as a Western drum kit. And the second drummer (Corey Fonville) plays a traditional drum kit, but with triggers on some of the drums with electronic sounds, coupled with an SPD-SX, which is an electronic sampling drum pad. So we’re getting West African sounds, which are thousand year-old sounds, coupled with an 808 or 909 drum machine, which has a modern, newer sound. It was important to me to tap into a wide range of sounds, rhythmically.

5. The new album ‘introduces’ Elena Pinderhughes on flute. How did you find Elena?

It was not so much a case me finding her, but us finding each other. Our relationship has grown and developed over the last year, but she’s one of the most incredible human beings I’ve ever known. I believe in synchronicity, and the first time I heard her play I knew something in my musical environment would have to change to accommodate this voice, which was unlike anything I’d ever heard on the instrument. And one of my teachers, and one of the closest people to me in my life, was a guy called Kent Jordan, who’s arguably one of the baddest flute players on the planet. Genius level, an incredible musician. But when I heard this young lady play, it felt completely new and fresh, and amazing to me. It really shocked me when I heard her the first time; she’s a riveting player who’s got a ton of vulnerability and courage. She’s not afraid to navigate the musical landscape in a way in which other people are afraid to. She also solicits a very strange reaction from someone who’s only twenty years old, in that older musicians follow her wherever she’s going. I think that’s indicative of a certain amount of refinement, and I applaud and commend her for all the work she’s put in. She’s incredible.

6. In some interviews you’ve talked about bringing the influence of ‘alternative’ rock music into jazz. What sort of alternative rock do you listen to?

My big thing is Radiohead. I’m a big Thom Yorke fan. I was fortunate enough to tour with Atoms Of Peace. For me, what’s cool about his compositions is the interesting interplay between minor and major. When I was younger, and listened to his music, it affected me in a way in which I had never been affected. I felt where he was coming from, and to me that was very attractive. I was also into Nine Inch Nails and R.E.M., and I loved Nirvana too, but these are pretty traditional bands. 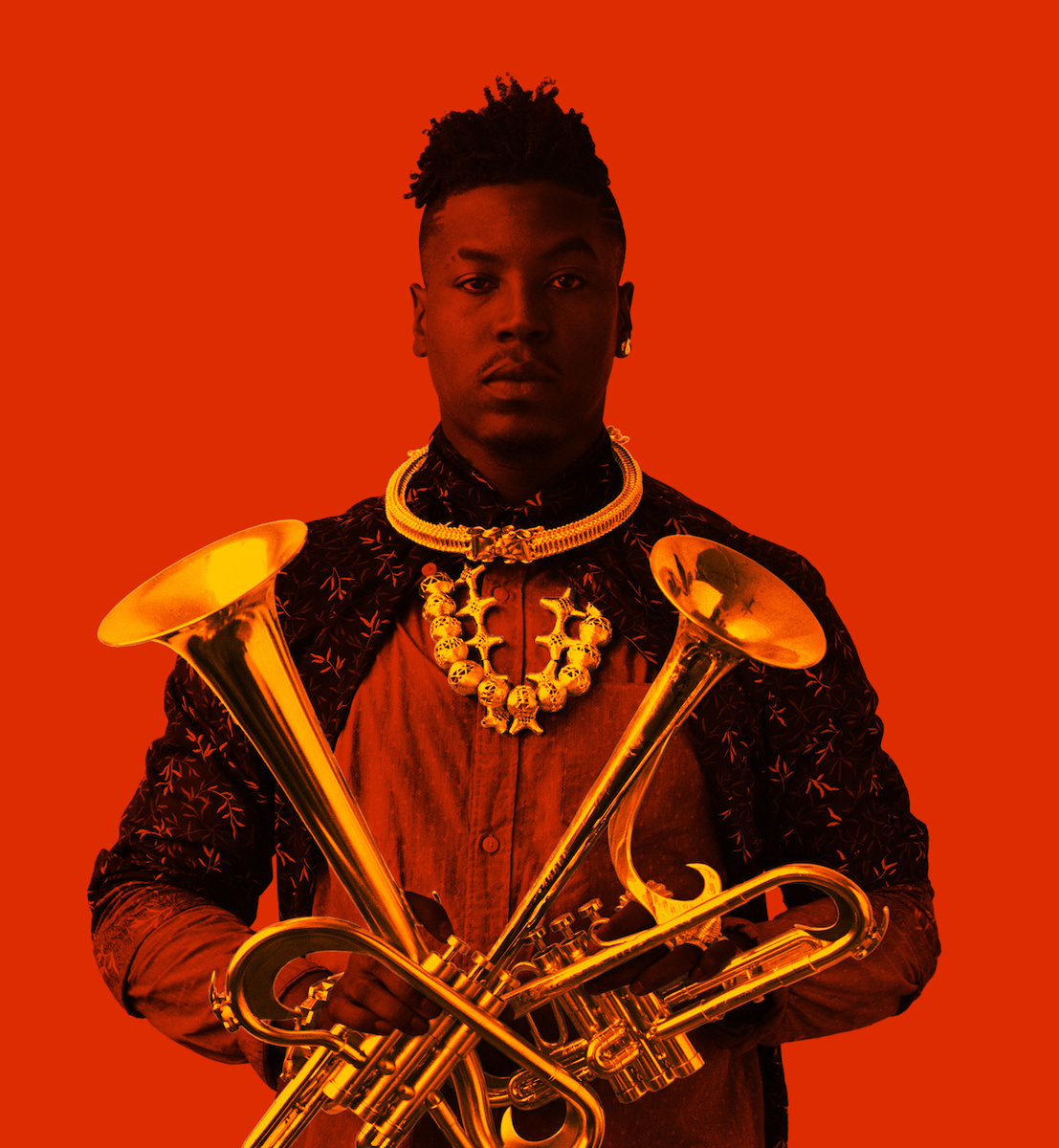 7. Your new album sounds less overtly political than your last couple of records…

Oh really? I think they’re all that way, but it depends on whether the titles are interpreted as being as charged as what the songs are written about. So Sunrise In Beijing is about the carbon emissions in Beijing being so bad that they have to erect towers to show the sunrise, because otherwise you can’t see the sunrise through the smog. But perhaps its less of an indictment on the American social landscape this time…

8. What was Liberation From Gangsterism written about?

That is specifically an indictment of the American social landscape! A lot of times what ends up happening is that we live in a country where most of what’s disseminated to people, especially living in urban communities – you turn on the television, or go on to the internet you’re constantly being force-fed narratives as to what you are, who you are, what you’re supposed to be a party to – and people buy into these things. A large section of the community navigate their life feeling that they only eligible to be a hood or a gangster. This causes a lot of calamity in the inner cities. This particular composition is multi-layered. It’s about the people who grow up in this community that are under-educated, and are coerced into the criminal fraternity, but the song also speaks to the folk on Wall Street, who are doing what they’re doing, and speaking to Congressmen and Senators, about the gangsterism that comes from cronyism. For me, this is also unlaudable behavior. It’s about taking a moment to appraise the current situation, and making decisions to better communities – rather than making choices based on cronyism and gangsterism.

9. How is your hometown on New Orleans doing these days?

Still pretty terribly, actually, if I’m being honest. Just a couple of weeks ago there was incident where sixeen people ended up getting shot in a park that’s a block away from where I grew up. This is a park I played in as a kid. Luckily no-one died, but a couple of people might end up paralysed. This was a mass-shooting. You could argue that this was an act of terrorism as well. America has some pretty pointed issues, man, that need to be addressed. Gun control is a big part of it. New Orleans is hard – you have a lot of people dealing with food insecurities, women who have two or three jobs, but still don’t make enough money to feed their families. You could argue that on a lot of levels, New Orleans is like a Third World country within the confines of the United States. It’s crazy that we have yet to deal with this. In countries where you have gun control there are far less murders. It’s not like the statistics are pointing in another direction. 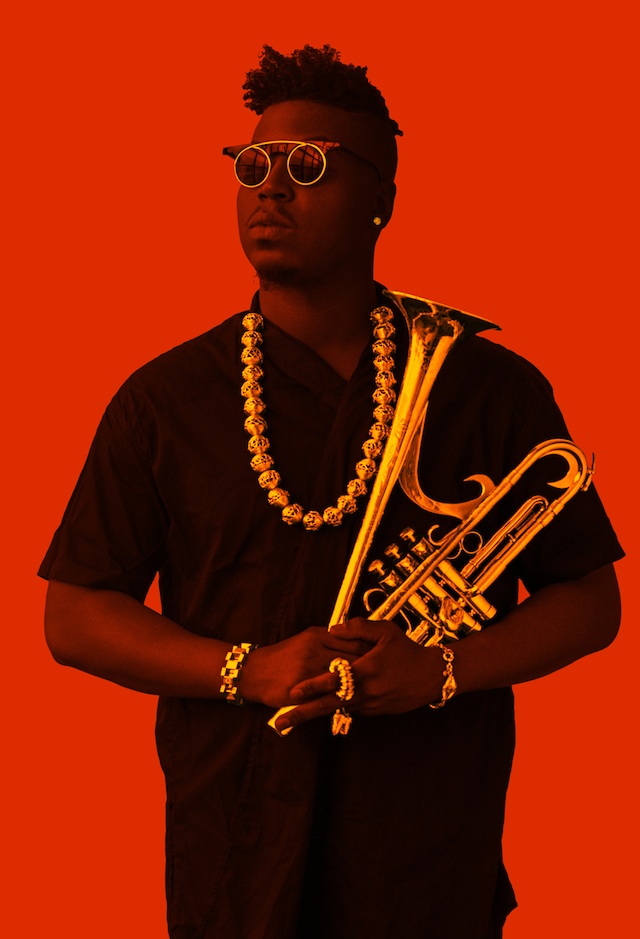 10. Tell us two things about Christian Scott that might surprise people...

The first is that I’m a big goofball! Sometimes people come to shows, or see pictures of me performing, and get the impression that I’m a serious hardliner. On some levels I am like that. But my friends around me, and my band – the people that know me – consider me to be a big goofball! I like to make people laugh, and doing anything to put a smile on their face.

The second thing is that I grew up boxing. I love boxing – it’s my favourite sport, and when I get to a city, one of the first things I do is find the local gym, and have a workout. That’s something that not many people would anticipate!