Rate this item
(5 votes)
Andy Sheppard is a British jazz saxophonist and composer. He has been awarded several prizes at the British Jazz Awards, and has worked with some notable figures in contemporary jazz, including Gil Evans, Carla Bley, George Russell and Steve Swallow.

1. What were your early inspirations, both as a musician and a composer?

They’re kind of eclectic, really. I came to the saxophone quite late, I suppose. I didn’t start playing the horn until I was nineteen, and I went straight in at the deep end, really, because it was Coltrane, Mingus, and the Keith Jarrett (American) Quartet, with Charlie Haden, Paul Motian and Dewy Redman. When I discovered the world of jazz, that’s what I discovered. I was also deeply influenced by George Adams, the tenor player. It grew from there, basically – not just famous musicians. I’m self-taught, completely, so I’ve always learned on the bandstand. And the best way to learn is to play with musicians who are far more advanced than yourself. Many of the musicians I played with at that time are unknown musicians, who never went on to pursue a career in music. Some of them did, but they all influenced me. That widened when I moved to London, and then I lived in France for a period, where I met and played with all sorts of fantastic musicians. That’s what you do – especially as a saxophone player. It’s easy to walk into all sorts of situations, and play with people from other cultures and backgrounds. And it doesn’t stop…

2. Your website describes as a ‘serial collaborator’; does that make you a restless spirit, or intellectually curious?

I’m just curious! The thing about making that leap of faith to pursue a precarious career in blowing down a tube – what you put into music is what you get out. If your totally engaged with it, and you have an honest concept going on, you realise the path is never-ending. You never stop learning how to play an instrument. The more love you put in, the more opportunities seem to bounce up. I’ve been very lucky to have travelled so much – to Europe, the Middle East, Africa, South America. And in doing that, it’s opened me up to real musicians playing different types of music to what I was listening to on record, or playing in the U.K. Your instrument is your voice, so I’ve been able to sing with different musicians from different parts of the world. I’ve just come back from Istanbul in Turkey where I played with some musicians I’d never met before. They couldn’t afford to pay for me to take a whole band out, so I said I’d play with local guys. We met the morning of the gig, rehearsed for a couple of hours, soundchecked, and did the gig. I think that’s a fantastic thing to do. It’s also great to have bands that have history, because that’s also important; that’s what I’m about to do now, go off and tour with Carla Bley; we’ve had a relationship going since 1988. Which is wonderful, because that’s a different level of interaction and trust. 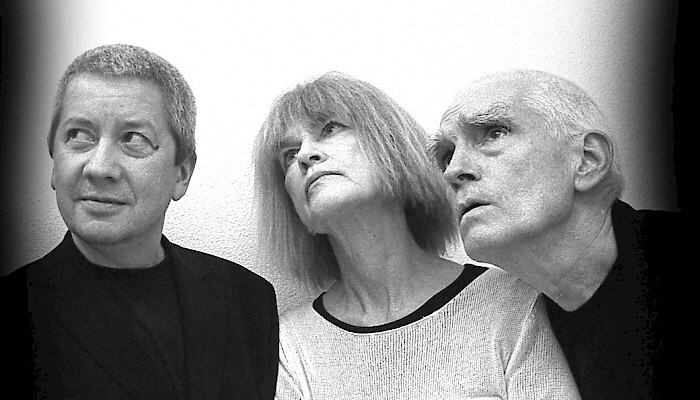 3. Is there anyone you’d particularly like to work with in the future?

There are so many people. I’m just about to do something with a Korean musician, Kyungso Park – it’s just been advertised now.

She plays an instrument I’d never even heard of (gayageum)! It’s a stringed instrument, a bit like a koto. And I’m thinking wow, that’s something I never would have dreamed of! I guess that’s why I’m called a serial collaborator – I like to constantly reinvent my own music, my bands, who I want to play with, the sound, the people I want to bring together. This thing about playing with people from far afield, on instruments you’ve never heard of – it’s fantastic. I went to Mongolia many years ago, when Western musicians never really went there, and heard people singing three notes at once – this was in the late 1980s. Of course it’s been well documented since, but to go and see these things in situ – that’s when it gets inside you. I’ve been labelled as a world musician, but I’ve never studied this in an academic way; I just used my ears, and went with the flow.

4. I’m a big fan of your solo album, Surrounded By Sea. What was the inspiration behind the title?

I was under pressure to come up with a title for the album, and the inspiration came to me as I was driving. I was listening to the album, and it just sounds so atmospheric – particularly with Eivind Aarset (guitar), who’s incredible. I guess part of it is that I come from England, and we are surrounded by sea. I was thinking of a smaller island – although we seem to be shrinking rapidly as we speak! It’s such a poetic phrase, and it became the name of the band when we were touring. I’m now writing music for another record I want to record in the spring of next year, with the same quartet. 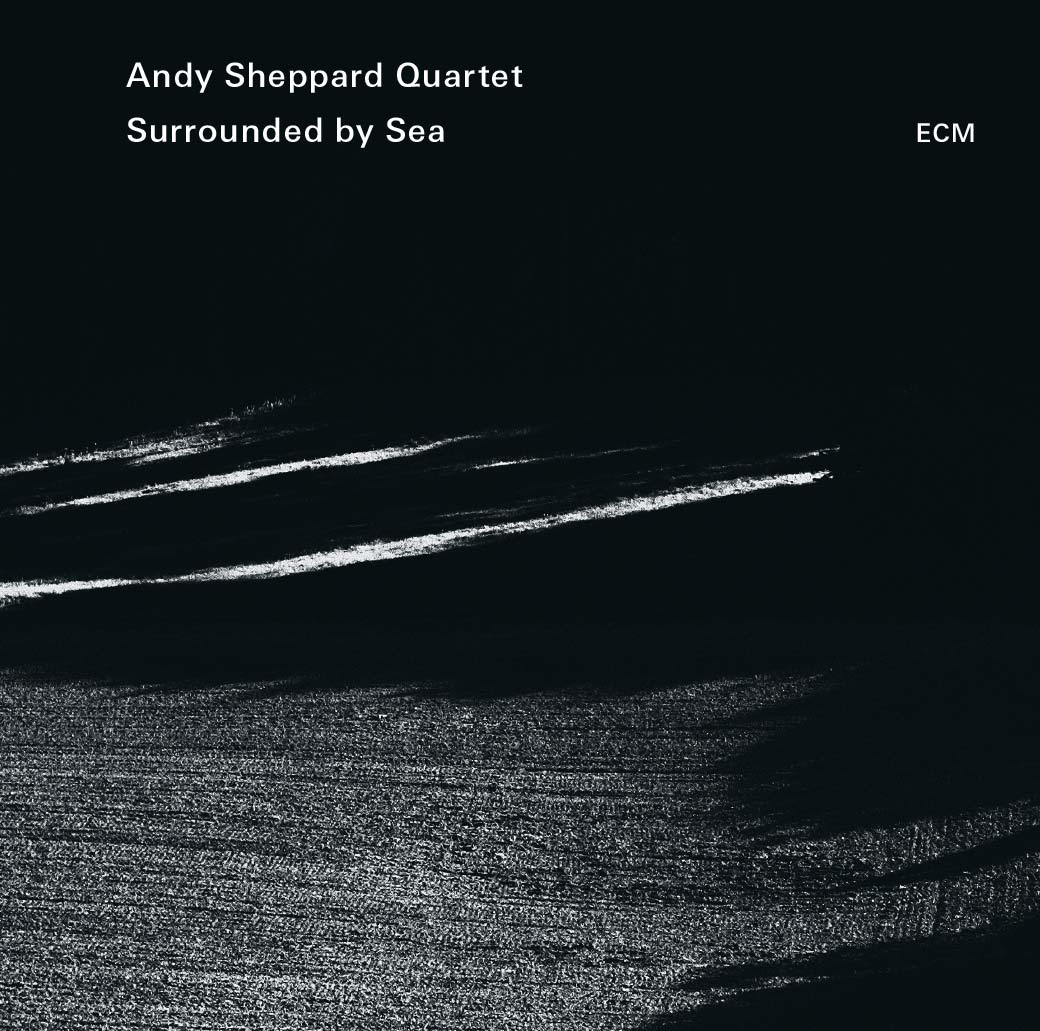 5. How did the addition of Eivind Aarset change the dynamic of your earlier Trio?

I loved the freedom of the Trio Libero band, and I guess it was a question of what to do next – do another trio album, or bring someone else in which would change the arena. Actually, for the next album I’m going to bring Michele Rabbia as a guest in the recording. He’s a mesmeric percussionist who uses electronics. Bringing a wildcard in to the quartet will trigger unknown events, because suddenly there’s a new energy in the music. He knows the music, because he’s played with me on tour – when Seb Rochford couldn’t make it - so my brief to him is that you can do whatever you want to do. I want you to come into the room and surprise us!

6. What can you tell us about the making of the new record with Carla Bley, Andando El Tiempo?

Carla is an incredible force. She sees herself as a composer, first and foremost, rather than as a pianist, but she happens to play her own music in an incredibly idiosyncratic and wonderful way. I’ve been touring with that trio on and off over the years. We did the Trios album, which was playing many of the songs we’d played over the years, and then Manfred said he wanted to record another. Carla was more interested in performing new music, rather than reinterpreting her amazing back catalogue. As you’ll see from the sleevenotes, Andando El Tiempo refers to addiction, and recovery from addiction, so it’s a pretty heavy topic, and the music is very stark – certainly on first listen. It felt that way to me when I was playing it for the first time. We had a three week tour in Europe. On the first day we had a rehearsal, and I was confronted with all this new music, which I gradually came to grips with during the tour. I love that, it’s so brave. It’s a work in progress, which I find very inspiring. By the end of the tour, we got to know the music very well, and went into the studio for a couple of days. The studio where we made that record in Lugano was very much like a live event, in a small hall with wonderful acoustics, so it was basically like doing a gig. On first listen – and my wife’s listened to the music more than me – it’s quite tough, it’s quite intellectual, the harmonies are strange on the ear. But on repeated listens, it becomes more and more user friendly, and you grasp the beauty. 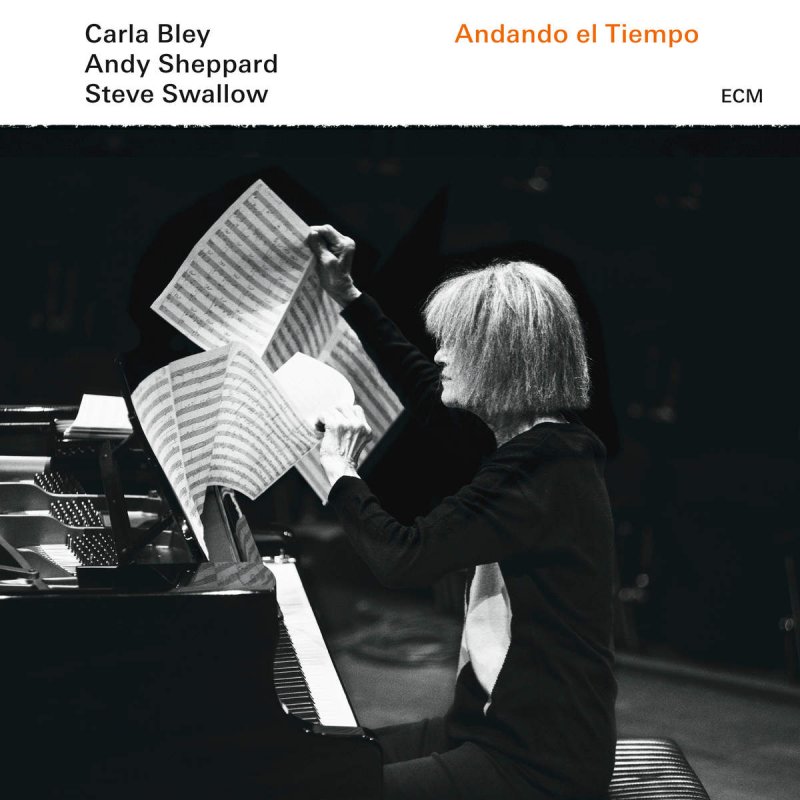 7. What makes Carla so unique as a composer?

It’s always a challenge to play Carla’s music because she does have this wonderful harmonic sense; the way the chords are voiced is so precise. They sound different. When you play a Carla Bley chord sequence, it’s like playing those chords for the first time. It kind of all makes sense, even though it’s a challenge.

8. At this year’s EFG London Jazz Festival you are playing a tribute to Gil Evans. What can we expect?

It’s a great opportunity for me to reunite with Laurent Cugny, the bandleader and composer. I used to play with him years ago, when I lived in Paris in the early 1980s. Laurent was a brave, freewheeling piano player who use to come and play with me in a tiny club that I kind of started with a Polish bass player, where musicians used to come and play for free – well, we got free beers! It had a new York loft kind of vibe. Later, Laurent invited me to join his quartet, and then his big band. A few years after that, Laurent was in contact with Gil. I’d met Gil in New York, because he used to live in the same apartment block as John Scofield. Laurent told me he was getting Gil over to do a tour, and asked me to join the band as a tenor player. It was quite a big tour – we played twenty to thirty gigs across Europe, and made a couple of records. Eventually I left Paris, and went back to England, and that’s when I started playing with Carla and George Russell. So someone had the idea of celebrating the music we did with Gil, so I’m really excited to be reunited with Laurent, and playing with his French orchestra and playing Gil’s music. It was so amazing to be on the road with Gil Evans – he was anarchistic, but in a beautiful way.

9. You’re involved in a project called Film With Music at this year’s Dartington Festival. Tell us about that…

Joanna (MacGregor) and I have been working together on various projects for years. We did the Deep River record (2005), and more recently we did Sunrise, for a German movie, and this time we’re doing a Charlie Chaplin movie. To be honest, we’ve only had a couple of conversations about what we’re going to be doing. I think we’ll be playing a lot of Charlie Chaplin’s music – he wrote some fantastic tunes, and I think he scored the film that we’re playing to (The Kid). I expect I’ll be sent some music at some point! It will become part of the work-in-progress I do at the summer school in Dartington. The summer school lasts for about one month, of which around one week is focused on jazz. It’s great, and hopefully I inspire people to go out and enjoy making music!

10. Tell us something about Andy Sheppard that might surprise people?

Let me ask my wife! I sang in a choir when I was a kid. That’s where my music comes from. If you scratch the surface, a lot of jazz musicians started that way – probably John Surman as well. My father took me to a choir practice, and I initially recoiled in horror, and wanted to play football. I auditioned, which consisted of singing back phrases played on the piano, and ended up joining the choir. I was fascinated, and ended up learning all the repertoire by ear. I was hopeless at reading, and had a complete mental block when it came to exams, but really enjoyed being in a choir, and learning the parts, and be part of the wonderful music. So that’s where it comes from. As a musician, you simply sing through your instrument – whatever it is.