Rate this item
(6 votes)
Jim Richardson is an English jazz bassist and session musician. An original member of pioneering British jazz-rock band, If (1969–1973), he went on to undertake session and studio work. Around 1975–76 he was also a member of Pip Pyle's The Weightwatchers, with Elton Dean and Keith Tippett and leading his own group, Jim Richardson's Pogo Revisited which also featured Alan Barnes. In the late 1970s, his quartet featured Bobby Wellins. In the mid-1980s he re-united with former if band member Dick Morrissey in the jazz-funk band Morrissey–Mullen, before returning to a more straight-ahead jazz approach. Some of the jazz musicians Richardson worked with were Dexter Gordon and Chet Baker.   Quentin Collins has established himself as one of Europe's top jazz/commercial trumpeters, having worked with a plethora of internationally renown artists across many genres.In 2007, Quentin released his debut solo album, If Not Now, Then When?, on SunlightSquare Records to much critical acclaim. MOJO magazine, which voted the record one of its Top Ten jazz albums of 2007, said, "superb debut from a trumpeter whose style is an update of the Morgan/Hubbard approach." Quentin currently co-leads QCBA, a Hammond-organ quartet with tenor sax titan Brandon Allen.

1. Jim, how did you come to record Chet in the first place?

JR: I did ten years of touring with (guitarist) Barney Kessel. We did a few gigs in Germany and Italy, and when we did gigs in France, a geezer called Philippe Gaviglio, a young Frenchman, he took us round Aix-en-Provence, Clermont-Ferrand, places like that.We bumped into Chet a couple of times. At one point in 1979, Philippe pulled tony Mann and me from the Barney’s trio into a recording session in Knightsbridge with two French musicians, two brothers on guitar and piano (John Paul Florens and Henry Florens). The word ‘swing’ was a bit of a mystery to them, which made it difficult, but it was a pretty good recording. 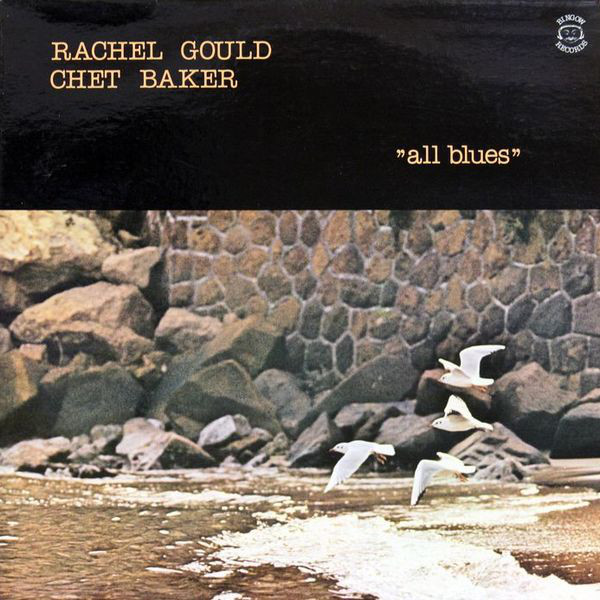 Chet Baker - All Blues: One of two LPs recorded with Jim Richardson on bass in 1979

A few years later, Chet specifically asked for us – which was wonderful – for the Canteen dates in Easter week of 1983. We turned up – as you do – had a very brief rehearsal – and ran through a few tunes. We got an idea of how he wanted us to handle him. The nerves subsided a little after the first night. I had what I think was the first (Sony) Walkman – the TCS300 – it was quite heavy – plastic and metal, as well. I took it in one night. I was at the bar with Chet after the first set, getting a drink. I turned to him, presented it to him, and said, “Chet, would this bother you? He looked at the machine, looked at me, and said, “Well, fuck you!” and gave me a bear hug, as if to say no problem! It was just an audio tape machine, and never meant for commercial use. I’d never bootleg a concert for commercial purposes. I later made a few copies of the tapes to give to colleagues, especially trumpet players that I knew – like Steve Waterman and John Barclay, various friends – and the feedback was that you’ve got to get this out. Trumpet players specifically said it was out of sight! 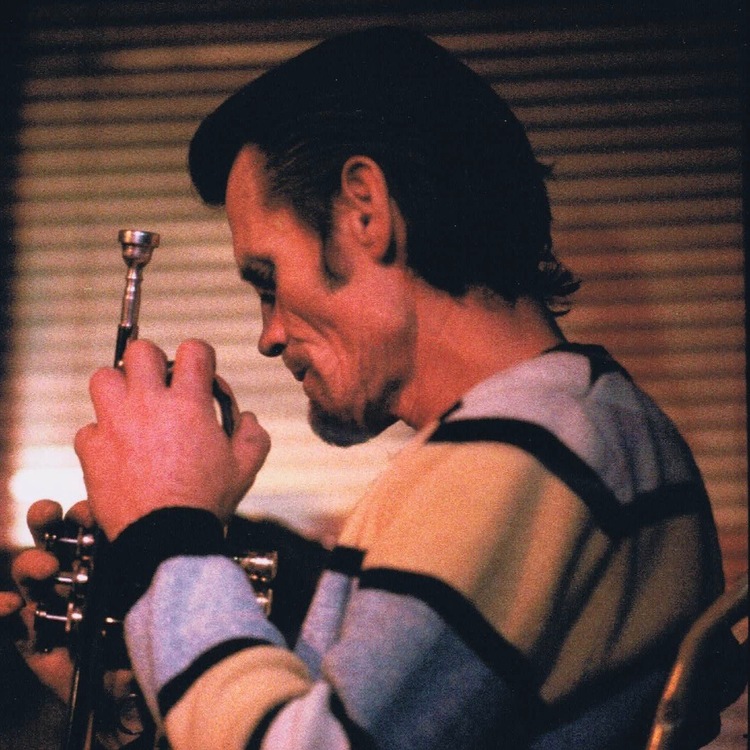 2. How did you go about getting the tapes released?

JR: Thirteen years later, in 1996, I approached this guy Laurie Jay, who was ironically the man who introduced Chet to his third wife, Carol. I sat in his office, and played him a few segments of the music that I had carefully copied. He heard it, and immediately picked up the phone to Tulsa, Oklahoma and said, “Carol, it’s Christmas!” It was a bit over the top for an agent you expected to be a bit cool. He talked about improving the quality of the tapes and I said, “No, if this goes out, I can do this. Let a musician do it.”

He got me into a room with a guy from BMG Records, who offered me a contract. Luckily I took the contract round the corner to a friend, who didn’t charge me a penny, but wrote a six-page rebuttal of the contract, and told me not to touch it.

It kept grinding on, and I finally spoke to the (Musician’s) Union, who gave me along letter outlining all the hurdles I need to jump to get it published in this country, let alone the USA. At that point, I gave up.

I eventually met Martin (Hummel, Chief Executive of Ubuntu Music) through my son Leo (Richardon) and Quentin in the autumn of 2015. Martin is a gas, a beautiful geezer. Unlike most label owners, he put in his own money into the project, too. And the rest you know…

3. Who eventually remastered the original tapes?

QC: I have a very long-standing working relationship and friendship with Claudio Passavanti who has run Sunlightsquare Records for over ten years. He mixed and co-produced my first record and the first QCBA (Quentin Collins and Brandon Allen) record, and I’ve recorded on pretty much every release he’s ever done. He’s always been a highly skilled audio engineer in different spheres, and could remaster and clean up old tapes like this. I instantly thought of Claudio for this job. We’re trying to build Ubuntu Music on strong foundations, and want to have a group of go-to guys, so it made perfect sense to ask him. He was ultra-excited to be working on something as special and unique as unreleased Chet Baker material, recorded on cassette. It was a struggle to get good enough sound without losing the magic and authenticity of the original recordings; even with the poor sound quality, there was a special feel to them. Everyone who has heard the CD has agreed he did a fantastic job! 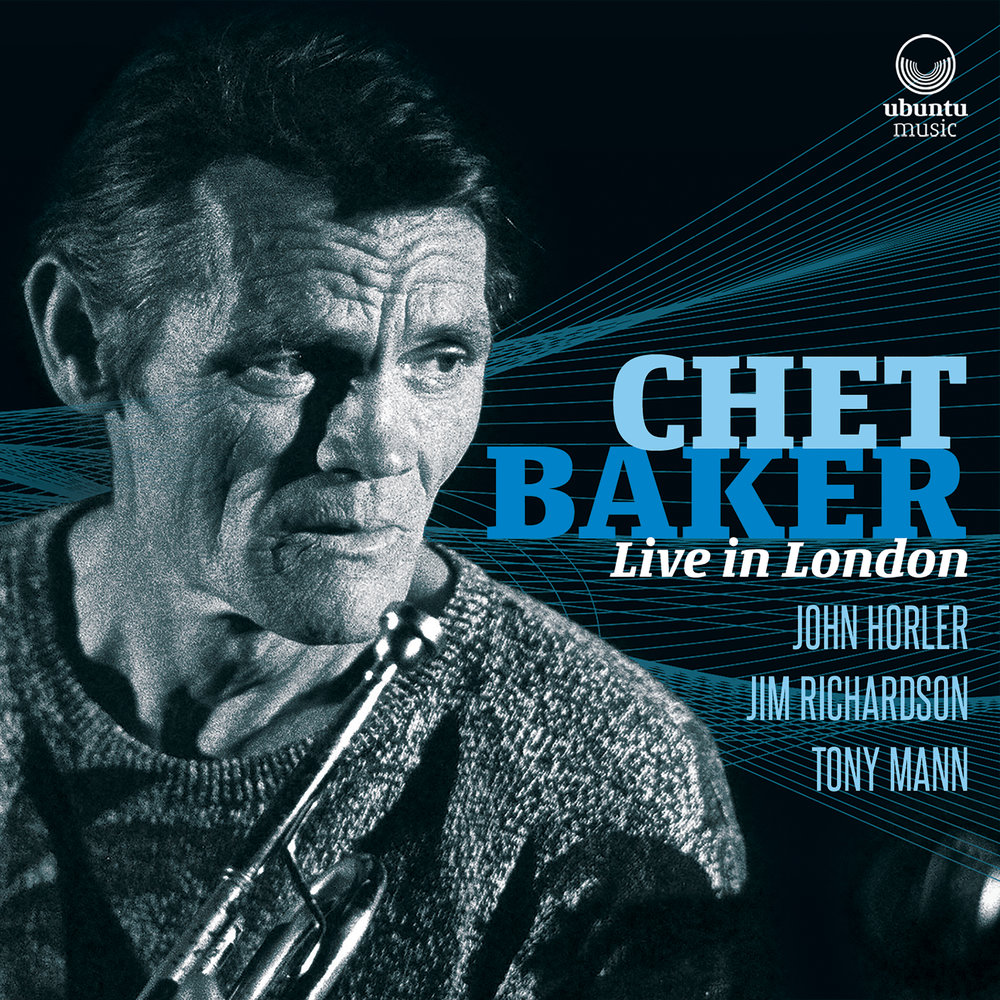 4. As a trumpet player, what did you think when you first heard these recordings?

QC: Jim’s son, Leo, who is a fine young tenor player and a very dear friend of mine, sent me a selection about five years ago, and I was instantly hooked. I’m a bit of a jazz historian, and know all the great trumpet players, and many of the obscure but great players too, and Chet has always been very high on my list of favourite players. I know his back catalogue very well, and was really knocked out. There were certain solos I kept going back to. They are some of the finest examplers of his playing from that period. I really love his recordings from 1983 until the end, there’s some great stuff.

5. I was going to ask you about that; I agree with you, but a lot of people don’t…

QC: The only other recording of him in London was the album from Ronnie Scott’s; I think he played phenomenally well that night, to, which was three years later. But the ones that we released here stand up with any of his later recordings. 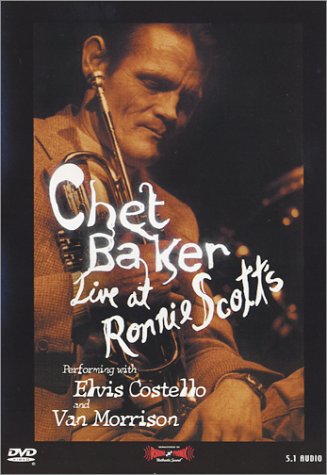 Chet Baker: Live at Ronnie Scott's was recorded in 1986, and is available on CD and DVD.

6. What was it that made Chet’s later period recordings special, in your opinion?

QC: His sound always retained its poignancy, its melancholy and its delicacy. But there was something about his sound in the later period; it became almost bigger, more mellow and well-rounded. It’s so warm and fluffy that it makes you feel good, as a horn player, especially. He played these lines that were often so long, and yet intensely melodic, that they’re hard to resist. I hear that a lot on his later recordings, whereas in the earlier period he was slightly more economical – but still melodic.

JR: He said himself he had a great ear. He had a remarkable ear, it got bigger as he got old, and there’s the tragedy, he got cut short at the age of 58.

7. I was blown away by the quality of the (John Horler) Trio on the CD. But am I right in thinking you didn’t play together again as a Trio until 2016?

JR: Think how it would have sounded if we’d been on tour before the recording! Yes, you’re right. I guess John Horler was doing his thing, I was doing mine. I worked with Tony Mann on many other occasions, doing a three-week tour with Benny Carter, a tour with Dexter Gordon. I also worked with Georgie Fame and Barney Kessel after 1983. But I found myself getting employed less and less. I’m bipolar, and dug a hole for myself that got very deep! But I got myself cleaned up.

8. What was your favourite Chet story from that week at the Canteen?

JR: The funny thing is there wasn’t one. He was just a quiet geezer, very self-possessed, wrapped up totally in his art. Very polite, very nice. We got him at a great time.

QC: You can hear from the recordings, listening to his playing, that he was happy. You can hear because he clearly wants to play; he plays long solos, he played long sets, you can tell the guy was in a good space.

JR: Here’s a story. Second day we recorded in 1979, (Lord) Mountbatten was killed by the IRA off the Irish coast. Chet came down tears rolling down his face. He’d been watching it on TV, and it really hit him emotionally. He was a deeply sensitive geezer.

QC: You don’t play music like that without being sensitive…

9. What are the two of you working on at the moment?

QC: For the Live in London we’re looking to spread our wings a bit, and gig internationally – potentially starting in France. We also have a couple of London shows which we’ll announce in due course. And Ubuntu Music is working on Leo Richardson’s album; we’ll be recording in December, and I’ll be working as producer. And we’re about to release Camilla George’s album, a young alto saxophonist from London.

JR: I work once a month with Leo. Outside of that, I work very rarely but I don’t give a hoot; I still practice at home. But there are two more CDs in the pipeline, and 75 minutes of alternate takes and unreleased clips, where the tape ran out. Remember when Dean Benedetti recorded Charlie Parker to the exclusion of all other musicians? Chet starts playing But Not For Me, sings the head, and doesn’t play the horn – and goes into chorus after chorus of unbelievable scat.

QC: Some of the best scat Chet ever did…

JR: I did a lot of work with Mark Murphy, and it’s on that level. But then the tape runs out. But that has to be put out…

I never thought this would happen to an old git like me! It’s fantastic – the CD has made me incredibly happy, and it’s been a great, great year…