Rate this item
(3 votes)
Since releasing Finding My Way Home in 2011, British-Bahraini trumpet player, Yazz Ahmed, has emerged as a distinctive voice on the UK Jazz scene, both as a soloist and composer. In recent years she has lead her quartet and her seven-piece, Ahmed Family Hafla, in concerts around the UK and abroad, including Kuwait, Ukraine, Algeria and at the 2016 Berlin Jazz festival. She has played alongside Toshiko Akiyoshi, Steve Williamson, Courtney Pine, Troyk-estra, Jazz Jamaica, The Human Revolution Orchestra, and Arun Ghosh. Yazz has also recorded and performed with Radiohead, Max Romeo, Lee ‘Scratch’ Perry, ABC, Swing Out Sister, Joan as Police Woman, Amel Zen and has toured the world with art-rock band, These New Puritans, as a soloist and member of their septet and quintet. Her new album, La Saboteuse, is a deep exploration of her mixed heritage and her growing interest in sound design and electronic effects. The album has been described as ‘intoxicating, compelling and sonically outstanding’, and transforming what jazz means in the 21st century.

1. Who were your main influences as a trumpet player?

I grew up listening to artists like Dizzy Gillespie, Woody Shaw and just about everything I could find by Miles Davis, but I was also influenced by the strong tradition of British jazz musicians like Tubby Hayes and Jimmy Deuchar. When I went to study jazz at the Guildhall School of Music and Drama I became aware of more contemporary players like Kenny Wheeler and Ingrid Jensen. I formed my first band around this time and began composing music inspired by these musicians and pretty much within the mainstream jazz tradition.

More recently, thanks to collaborations with musicians such as Jason Singh, I have been introduced to the music of trumpeters Jon Hassell and Arve Henriksen. In their own way they each explore the use of sound effects, both electronic and physical, employing extended trumpet techniques, as well as creating beautiful sonic landscapes by manipulating field recordings and using live looping. These techniques from the world of sound design have influenced the way I now compose and think about music.

2. Six years between albums is a long time. Why the long wait?

In the midst of recording La Saboteuse, which I actually began working on in 2013, many exciting musical opportunities arose, which meant I had to put the album on hold for a while. However, I am very grateful for these positive interruptions as they have helped shape the music and the narrative of La Saboteuse.

I toured extensively with These New Puritans, (who first introduced me to the creative possibilities  of the Kaoss Pad), performing in Europe, Japan, the USA and the UK, as well as managing the international shows I had with my own band.

3. You've also worked on a number of commissions, I believe...

Yes, I also had commissions from Birmingham Jazzlines, Serious/EFG London Jazz Festival, the LSO Soundhub scheme, and two from the Tomorrow’s Warriors, one of which, Polyhymnia, I am currently recording with support from PRS Foundation.

4. What’s the story behind the album’s title, La Saboteuse?

The underlying theme of this album is the relationship between the optimism of my conscious self and the seductive voice of my self-destructive inclinations, my inner saboteur. I gave her a name, La Saboteuse, and this has helped me to recognise her voice and resist what she is saying, particularly when I am in the throws of creating something new. I think this self-critical inner voice may be familiar to many people.

5. The album was released in four parts, but sounds like two halves; with the first more Arabic in influence, the second more alternative, for want of a better term. Is that fair?

It is interesting that you say that. The album is meant to take the listener on a journey, with moments of reflection, or pauses, by way of the duets with Lewis Wright. These short interludes, based on a single Arabic maqam, weave one track into the next, like a tapestry, acting as a unifying element throughout the album. The four parts, presented as chapters, combine to tell a story. Listening to the entire album as a whole is a very different experience. There are several transitions along the way, as the music moves, in broad terms, from Eastern to Western harmony, from belly-dancing rhythms towards rock beats, from traditional melodies to more contemporary sounds and a general feeling of moving from darkness into light. However none of these shifts are clear cut and I hope that there are echoes and ghosts of all the elements as lines between genres become blurred. 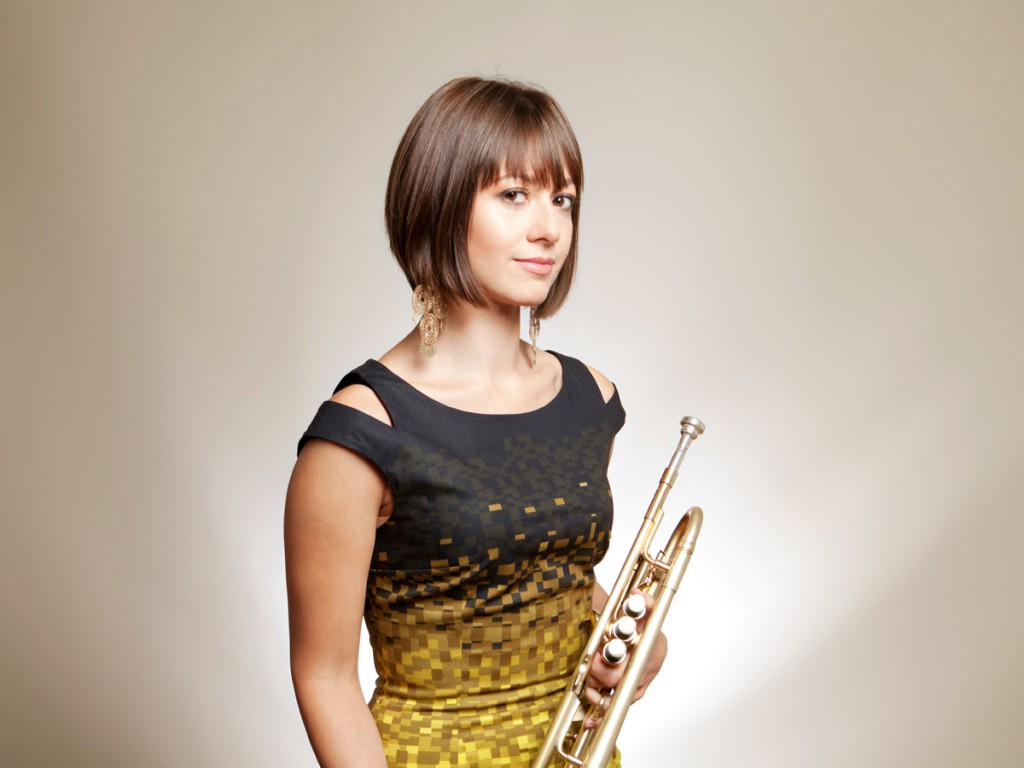 6. I know Jamil Jamal is an older composition. How did that come about?

Jamil Jamal was one of the earliest compositions in which I experimented with fusing Arabic scales and rhythms with jazz harmony. I was initially inspired to explore this sound world when I heard the album Blue Camel by Rabih Abou-Khalil. It’s a simple folk like melody but rhythmically complex, like a lot of the music of Bahrain. I feel that it represents my first steps towards embracing my mixed heritage and marks the beginning of developing my own personal sound.

7. What is the story behind The Lost Pearl?

The Lost Pearl is dedicated to my first home and the images seen while sitting in the back seat of the car, watching the scenery go by as we drove home from the airport. We would always pass the iconic sculpture in the centre of what became known as the Pearl Roundabout, which sadly no longer exists, hence the title, The Lost Pearl. It was a symbol of home for me, as we made this journey from Bahrain to the UK and vice versa.

8. What does Shabaka (Hutchings) bring to the band’s sound?

Since hearing Miles Davis’s album, Bitches Brew, I’ve always loved the blend of the bass clarinet with trumpet and electric piano. The low register and throaty timbre of the bass clarinet balances with the higher range and smoother sound of the trumpet. I was inspired by this combination and felt compelled to try it out. I’ve know Shabaka for many years, we studied at the Guildhall School of Music and Drama together, and it was his masterful voice on the bass clarinet that I could hear in my head when I was composing. Shabaka brings an infectious energy to everything he plays and he interprets whatever I write for him with beauty and strength.

9. What was the inspiration for the album's amazing artwork?

Charlie Curran, from Naim Records, suggested that we get in touch with Bristol based artist, Sophie Bass, who he first discovered after inquiring about a logo design on a flyer from the Worm Disco Club in Bristol. One night when he was listening to my rough mixes of the album while looking through Sophie’s work, he became mesmerised by the two and instantly felt that these separate mediums could become intertwined.

My final mixes were later sent to Sophie for her to listen to, and so, I’m humbled to say that it was my own music which inspired these awesome creations. I felt quite overwhelmed when I saw her response to the first chapter, The Space Between the Fish and the Moon, it was so beautiful.

To quote Sophie’s thoughts about her experience she says,

“The ebbs and flows within Yazz’s music are at once wild like the ocean’s tsunamis and as gentle as lapping waves in warm breeze. The motif of water kept coming back to me, of an oasis in the centre of a desert - a sign of hope or a hallucinatory trick of the mind. The whole album playing on the idea of your mind being against you, your internal voice gaining control. Water is at once purifying and life giving but also an element of total panic and fear. When I find my saboteur consuming me and am stuck in a place of self-doubt, anxiety and artists block – it’s like drowning. But equally I find my peace and recovery underwater in the bath where it feels quite magical.”

10. Last, but not least, tell us two things about you that would surprise most people.

I have a gas mask in the loft, allocated to me by the Bahraini government during the Gulf War in the early 90’s. It packed down into a little satchel that I took to school every day. Thankfully I never had to use it.

In my early teens I actually went through a stage where I hated playing the trumpet! It was painfully uncool to play an instrument at high school. I would bunk off my lessons quite frequently, which made my lovely teacher really mad (sorry Norma!). I’m so grateful to my mum who insisted that I shouldn't quit because, as difficult as it has been, I love being a musician and composer and I can’t image doing anything else.