Well, as the story goes, my mum, when I was three-and-a-half, was trying to determine whether to enrol me into gymnastics class or piano. She said at one point - I climbed on top of the piano and started plonking out the melody for Sesame Street by ear; so that was it. My fate was sealed.  I had a very colourful Italian piano teacher. She was very imposing, but she has a spectacular porcelain doll collection and that was a draw for me as a three-year old girl. She was the real deal. She didn't treat me like a pianist who was getting to know music. She introduced me to the work of professional concert pianist and started feeding me cassette tapes and ultimately CDs. She really lit a fire in my belly and I really started to share the passion that she demonstrated for music, more specifically for piano; all the various sub-genres in classical piano.

2. Which instruments do you play?

No, just as a hack. I still approach music from the aspect of a spirit of a child and just try to entertain myself and the listeners to some degree. I don't play any other instruments well, but my husband has all manner of instruments. He is a producer, drummer and percussionist. I fancy myself as quite an expert 'Boomwhacker' player.

3. What was the first tune you learned?

I studied the Leila Fletcher method as there was one song I can think back to called The Owl. It was very tuneful, very pretty, it was a C major key of course. It was just very sweet. I can still recall that to this day. I was probably six or seven when I learned it. 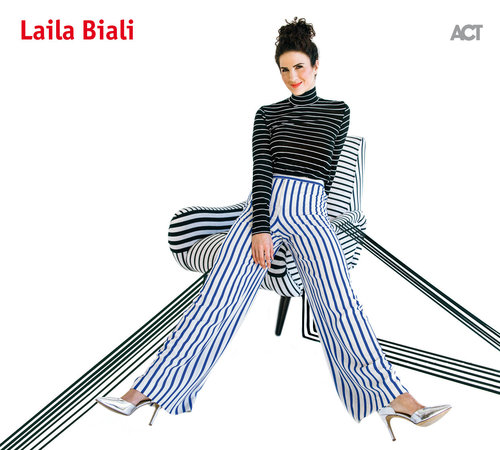 4. What was the inspiration for the album?

There was a practical component. It was time to make another record and as a mum and tour musician there were a myriad of distractions. At that point I has a lot of new material, arrangements of cover songs and original songs. We actually ended up tracking 21 songs and then pulling the 12 that were of a piece. And the inspiration for this album was recorded, kind of fleshed-out, recorded during a really transitional moment in our life. We moved from New York to Toronto in 2012 and for us if was like being taken out of our home. It was exactly that! Even though I had spent some time in Toronto previously, New York was and still is the home of my heart. We were really trying to reconcile this new existence, grieving, being away from New York. Not being there 'lock, stock and barrel'. I think the album reflects the transitions and places and explores what it means to have a home. Because in some ways, the more transitions we experience in our lives, especially with our physical home, the more the music becomes a home. The album became the anchoring constant piece against all the other transitions.

5. Which famous musicians do you admire?

Sting, who I have been able to work with. He is probably number one on my list. Bjork, Radiohead, Keith Jarrett, Robert Glasper, Adele, Aretha (Franklin). There's a whole range of artist, but those are the people I go back to time and time again. My seven-year-old son is a rabid Katie Perry fan. I have learnt to appreciate the craft of what she does. She's a very distinctive person and I am quite fascinated what she does as well

6. What are your two favourite songs you have on your playlist at the movement?

You know it's funny, I am obsessed with podcast for talk radio, so I am embarrassed to say I hardly listen to music these days. I'm trying to think what I enjoy listening to while travelling - I've been going back to the older records again. I really do love the jazz singer Norma Winstone. She has an album Somewhere Called Home. I like listening to groove-orientated music. I am hosting a national jazz show in Canada, so a lot of the listening I do is playlist for the next show, which has been great fun because there is a who breadth, a repertoire that I has never heard. Jamie Cullum. I do enjoy him. 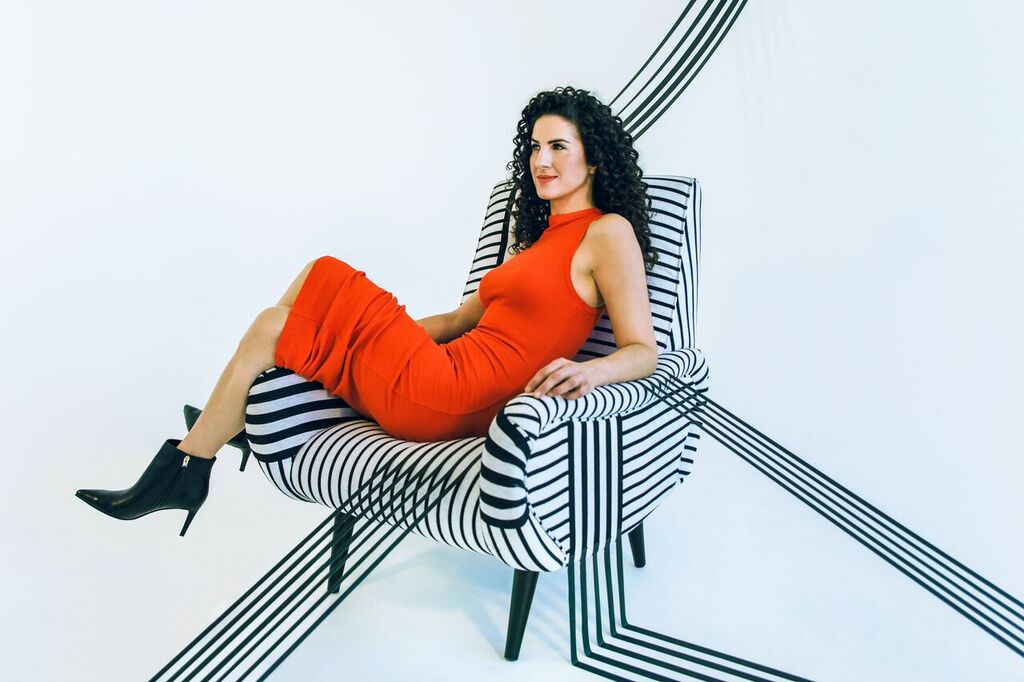 7. How do you handle mistakes during a performance?

You are actually touching on something for me that was a massive turning point. When I transitioned for classical to jazz because I trained as a classical musician, probably the thing I was most terrified by was making a mistake. So, there is an idea in my mind that you had to play exactly in a certain way. You had to know all your 2-5-1 licks. You had to play just the right mode, scales and lines over these changes. I was very, very constrained by this assumption and then I remember encountering a Dizzy Gillespie quote "It's mistakes that lead to your most brilliant material". And that somehow just opened the floodgates. I was totally transformed in terms of how I approached performance. I was no longer afraid. There is some cathartic about playing in a way that was a little irreverent within a jazz framework, an institutionalised culture.

8. Do you get nervous before a performance?

Absolutely! Absolutely! I was saying to Natasha (PR) I never play solo piano. I rarely rarely perform solo. In fact, I can't recall the last time prior to this promo tour. I was shaking in my boots in Berlin at the first showcase. When you share music with people, firstly they are there on your side. They are not there to judge. The judges in your head are far worse that the judges that are out there and that are in the crowd. Music is an offering, right? And so, no matter how you are feeling, maybe if you are nervous, maybe you can use that to stir the music to some degree. It's difficult for the singer as it goes straight to the voice. But don't be afraid of it. Embrace it. I find that if you’re not trying to manage or control it, it will actually begin to dissipate.

9. What advice would you give to newcomers entering the music industry?

Ooh, you know who I have been listening to is Jack Garratt. I love him.

The advice I would give a newcomer is, it's great to train, it's great to study, expand your horizon, expose yourself to music that you might not naturally gravitate towards. But at the end of the day. Listen to what you love, do what feels good. Don't look for what you will please others. That is of course the goal of the musician is to connect. It needs to start with enjoying the experience yourself.  Never let that get away from you. Also mime your own voice to hear out what your sound is. Jazz is so much about emulating and learning a language imitating master musician and our contemporaries. And sometimes that can be at the expense of really dragging on your own artistic voice. 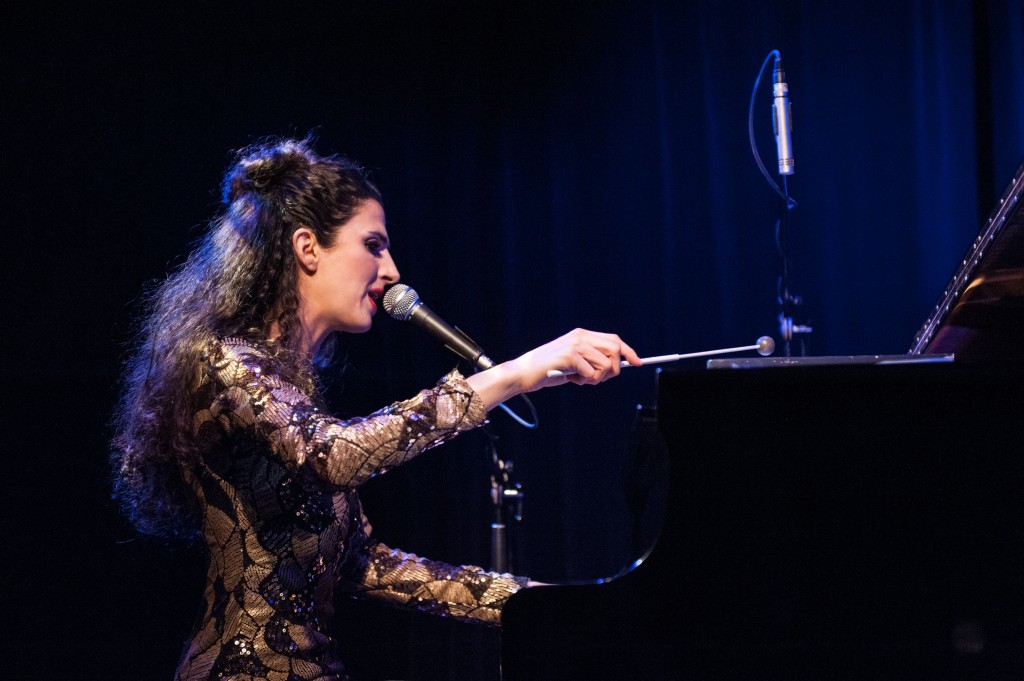 I am half Egyptian. Would that surprise them? And my Dad may have escaped Egypt as a spy. Yet to be confirmed.

My son was a surprise. He's seven.

I love Enya. It's music that doesn't demand much from the listener. It made me feel great as a kid. It's like a security blanket for me. I probably shouldn't be listening to her anymore, and I don't really much to be frank. I think I own three of her albums.

You know what's really funny, the gentleman who mixed my last record, his name is Shawn Everett. He won the mix session of the year for the album that he mixed for the Alabama Shakes. He's this super edgy guy with dreadlocks and like torn-up shirts and is really-really edgy. He is a total sucker for Enya. We bonded over that.

More on this incredible performer can be found here and here.