Another Ten Questions For Magnus Öström, Drummer and Composer

Rate this item
(6 votes)
Magnus Öström was the son of an artist couple, and was influenced by the musical tastes of his older brother like Jimi Hendrix, Deep Purple, The Allman Brothers and Lynyrd Skynyrd. At the age of eight years he built his first drum set and soon played music with a friend, Esbjörn Svensson. Since 1981, he attended the musical grammar school in Västerås and played with Svensson trio. Between 1983 and 1985 he studied at the adult education center in Sjövik before he continued his studies at the Music Academy Stockholm. During this time he played with various bands of the Stockholm scene; between 1987 and 1992 he was a member of the band of singer Monica Borrfors. Since 1989, he was back with Svensson, initially in the group Stock Street B , then again in a trio with the bassist Dan Berglund with an album released in 1993. e.s.t. released twelve albums toured internationally with great success. They played until the accidental death of Svensson.

1. October sees the launch of EST Live in Gothenburg - what memories does it conjure for you?

I was somewhat surprised when I did the re-mastering - it still sounds kind of fresh, you know. It doesn’t feel that dated. It still works somehow. Of course, it was moving to go back to that time, but the sound and the music it was very nice to hear it, you know, we had a a good energy at that time.

2. What makes this live album different from the other EST live albums?

It reflects how we were playing at the time. We had been on a long tour with a big band in Sweden, so I think we were just us again, and we were in a good mood with all this space to play in. It was a concert that Esbjörn liked, so we’d already decided at that time it was one which should be released. Then it didn’t happen at that time, but we always planned to do it later. It keeps the band’s legacy alive through releasing this music, so it’s great to have it out there. 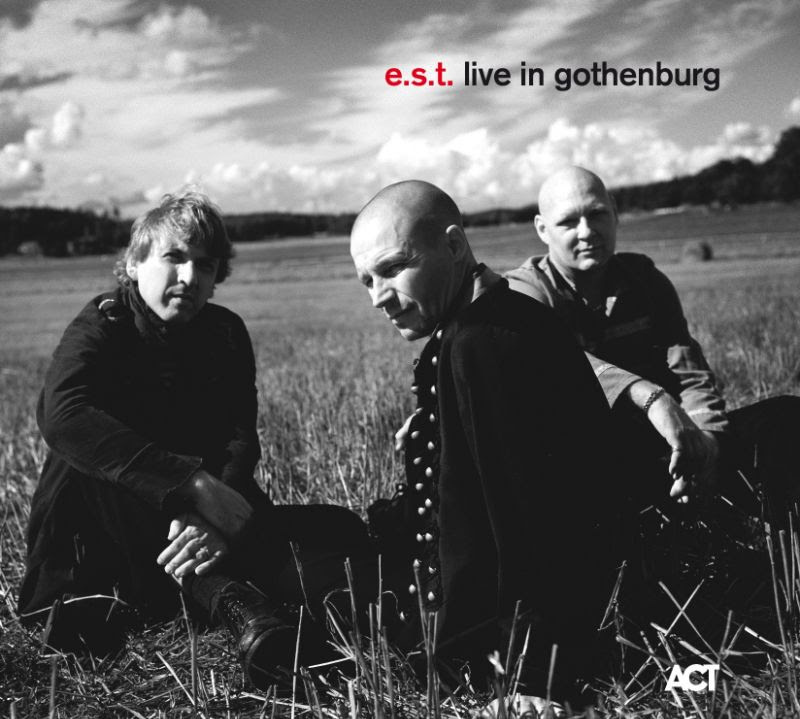 3. What was happening at this period in EST’s career?

We were still developing our sound. Neither me or Esbjörn had any electronics on stage at this concert; only Dan had any effects. But we had already started experimenting in the studio at this time with them and were were just about figuring out how to replicate that complex sound on stage. So, it’s a more acoustic concert, but you still have the recognisable EST energy captured on the album. So, yes, it’s something of a turning point for the band.

4. With your new group Rymden there were inevitably EST comparisons, as Bugge Wesseltoft took on piano duties. Did that concern you?

Bugge put his own stamp on Reflections and Odysseys [the Rymden album]. He of course is already an established ’name’ in music and he brought that to Rymden. You know, he’s already created game-changing music, particularly bringing the DJ element in jazz, and he made a fantastic contribution. So he stands on his own foundations, if you will, and brought his own voice to the album.

5. What was the experience like recording the Rymden album?

There were three strong voices on the album, so for Dan and I it was something of a new and positive experience, sure. The album represented a different direction of travel for the two of us, musically.

6. You toured the Rymden album Reflections and Odysseys around Europe this year. What was the reaction like from audiences?

We had a fantastic reaction; you know, we couldn’t have asked for more from the audiences on the tour. We were kind of overwhelmed in a way. You never know what to expect, particularly as we were returning to do another piano trio, and of course there was going to be some sceptics comparing it to EST or thinking it would be EST-lite. But people seemed to like it a lot and saw it as something on its own, free-standing. So it’s fantastic, like a second journey, knowing we’re back on track in a way.

7. Are there plans for Rymden to record again?

Er, yes [laughs]! We don’t know exactly when … but it’s coming …. soon ... but not too soon! We all liked the project and it's something we all want to explore again, for sure. 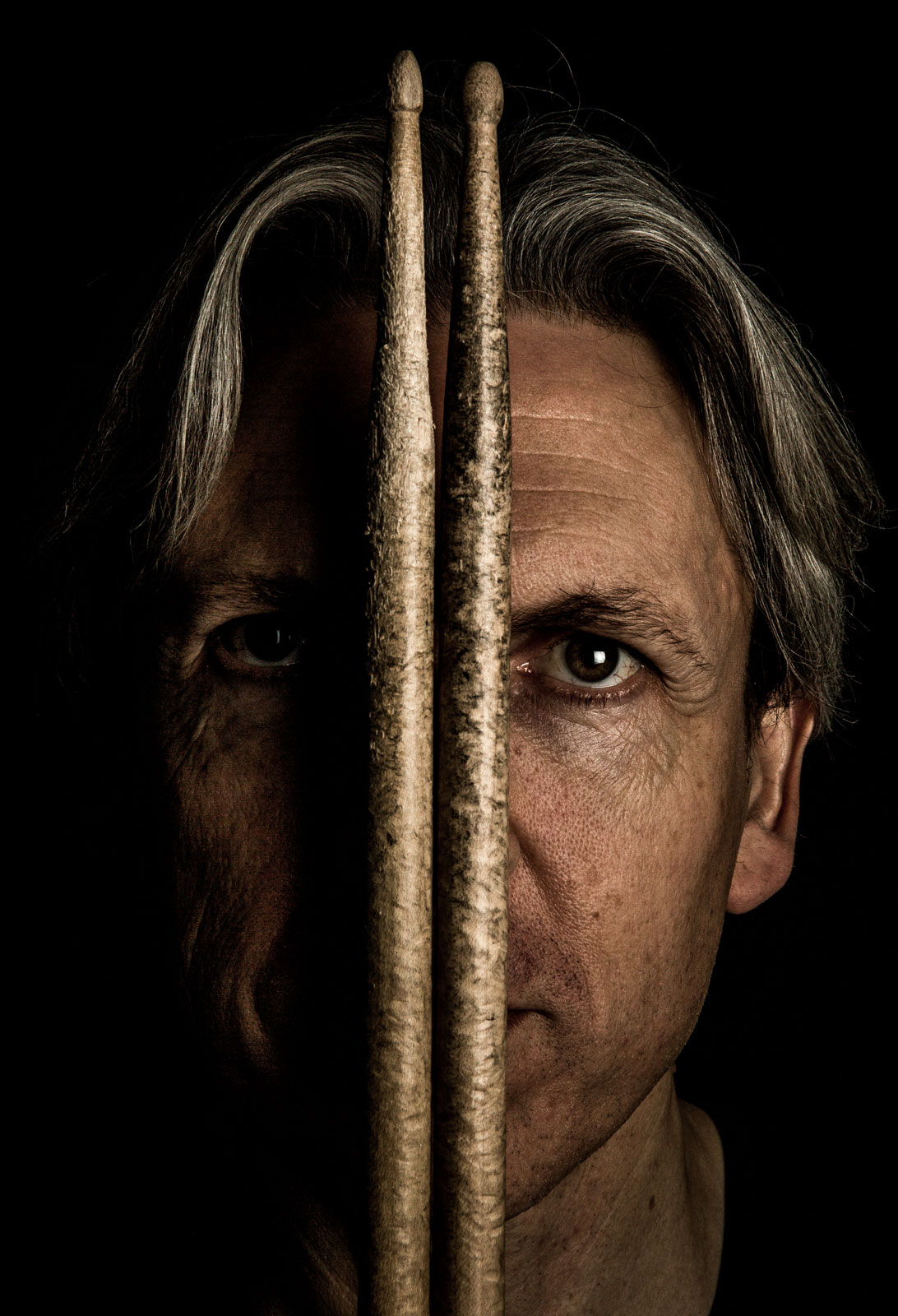 8. You’re currently working and touring Lars Danielsson’s Libretto III project, having already played on Libretto I and II. What can listeners expect from this recording?

Lars is a fantastic bass and cello player. He’s a great composer, who comes from the land between chamber music and jazz; he’s very lyrical in his music. His sound comes in part from the church music background, in a way; it’s very well written and it’s easy to get drawn in by it. I’ve been really happy to be part of it. It’s also special for me because Lars is someone I thank regularly and I value his friendship: he was the first person I spoke to after Esbjörn passed, and he encouraged me out onto the road to play again and I’m so thankful for that.

We were actually in the studio last night recording some new material and I’m currently in Copenhagen playing this new album with Lars. This third Libretto is kind of exploring the same universe as the first two albums; lots of beautiful songs. But we now have a new piano player on this album with Grégory Privat, who’s great - your readers should definitely check out his trio, too.

9. And you’re coming back to London with the project, I gather?

Yep, we’ll be performing Libretto III at this year’s London Jazz Festival (details here) and I’m very much looking forward to it. I heard from [guitarist] John Parricelli that Wigmore Hall, where we’re playing, is a classical venue, so I’m interested to hear what that means for our sound.

10. Finally, your own solo career. You’ve recorded three albums so far with your group. Are there more in the pipeline?

Oh sure, I’ve been thinking about that for the last year or so. Of course, I’ve got so many other things going on at the moment, but sure, yes, I’d like to record some more with the band [Tobias Gabrielson bs, Daniel Karlsson piano, Andreas Hourdakis gtrs].

I have written some new music, but it probably won’t be until maybe next autumn or early 2021. You know, we have rehearsed some music and sure I want to record a fourth album with those guys; I like working with them every chance I get.