Rate this item
(12 votes)
Lars Danielsson was educated at the music conservatory in Gothenburg. He plays double bass, electric bass and cello.

1. What can you tell us about the new album you have recorded with your wife, Cæcilie Norby?

It’s a mixture of our own songs and song made by other people. There is one song by Leonard Cohen, one by Joni Mitchell and two by the jazz singer, Abbey Lincoln. We have played many concerts as a duo, and people asked us if we had recorded an album. We went into the studio and recorded one session that we really liked, but it was not something we would put out as a CD. Then just before Christmas we went in to record a Christmas album, but by January we got very tired of those songs! So we recorded something else, and that’s how we made Just The Two Of Us.

2. You’ve been together for a number of years, so why the long wait for a duo album?

I think it’s because we’ve had so many other projects. We’ve made recordings with a symphony orchestra and a quintet, but never recorded in that format. Maybe we were also afraid to record that way; we knew how it sounded in concert, but did not know how it would sound as a recording. It was a very pleasant process to make this album. We tried not to use that many instruments, to keep it as clean as possible. Some of the songs are only one instrument and vocal, and some included some overdubs. That was also a challenge. 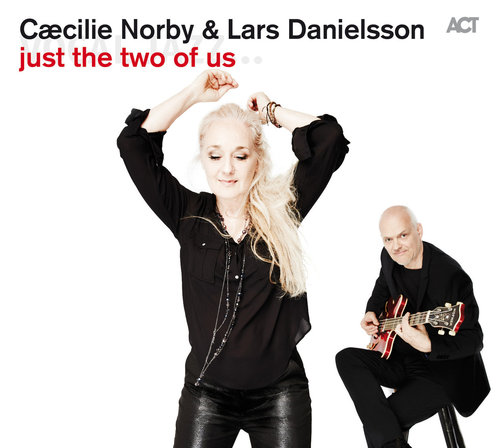 3. How did you decide on the song selection between you?

Some of the songs we have played live, such as Both Sides Now by Joni Mitchell and Leonard Cohen’s Hallelujah. I was afraid to record these songs, because we have played them so many times on stage. So we recorded these songs just once, knowing we could not do too many takes. I think that worked well, so I’m really happy about that. Of the songs we wrote ourselves, some I have recorded before as instrumentals, and Cæcilie wrote lyrics for them, and some of the songs she wrote herself.

4. Can you tell us about what influences you as a composer?

5. When you started playing bass, which bass players influenced you the most?

If you’re talking about bass players, I listened a lot to the Scandinavian musicians such as Palle Danielsson and Niels-Henning Ørsted Pedersen, but also to Charlie Haden and Gary Peacock, who were my heroes. The way they played bass I really liked – it was a very poetic way of playing. But the bass was not my original instrument. I only started playing bass after watching a concert by Niels-Henning Ørsted Pedersen and Oscar Peterson on TV. Before that I played other instruments, and focused on rock and roll.

6. In recent years you’ve worked closely with pianists such as Tigran Hamasyan and Leszek Możdżer. Do you have plans to record with either of them in the foreseeable future?

At the moment I am working with Grégory Privat, a pianist from Martinique that lives in Paris. He is a member of the Liberetto band. And then it’s Magnus Öström on drums and John Parricelli on guitar. We will go into the studio and record another CD, which will come out in 2017. My other main project is the duo; we will go out on tour in the fall, and into next year. I am also doing a tour with Leszek Możdżer.

7. What is your impression of the jazz scene in Denmark and Sweden right now?

I tend to play more in Germany, France, Italy and Poland, but I think it’s better than ever. It’s fantastic to play in both countries, and there are a lot of festivals. Of course the record market is becoming more difficult today, for many musicians. But we are lucky. Together with my band I have the opportunity to play to some big audiences in Europe, and I’m very grateful for that.

8. What would be your dream jazz quintet, from any era?

Right now my dream quartet would be Magnus Öström, John Parricelli, Grégory Privat and me, and then I would want to play duo with Cæcilie Norby. That’s my dream team! Right now, I think I’m living the dream. In the past, it was my dream to play with my heroes. But today it feels different, I have to do it myself. I am so lucky to play with these musicians, it’s perfect for me.

9. What music are you listening to right now?

The other day I heard a bootleg recording of John Mayall, recorded in a club in London in 1967. John Mayall and his Blues Breakers with Peter Green. I’m listening to a lot of Peter Green at the moment, I think he is an amazing guitarist. Sometimes it might be João Gilberto with Claus Ogerman. And of course I listen to Abbey Road, every week. And I listen to old jazz records from the 1950s – I like to listen to Sonny Rollins and Miles Davis. I also listen to some pop music that my children are listening to!

10. Have you come across any new, younger jazz musicians we should watch out for?

There is a great (Norwegian) saxophone player, Marius Neset, who lives in Copenhagen - he is something else. There are so many young players right now, it is great for music. Maybe there are more talented musicians than talented composers, so it will be interesting to see if more composers emerge. 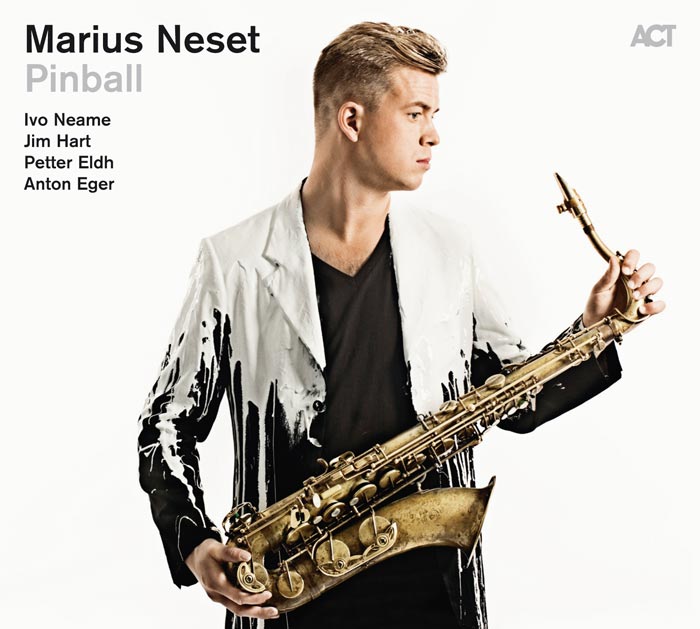 Just The Two Of Us by Cæcilie Norby and Lars Danielson was released on ACT Music on 28th August, 2015