Rate this item
(8 votes)
Paolo Fresu is an Italian jazz trumpet and flugelhorn player, as well as a composer and arranger. He has made around eighty albums under his own name, and recorded more than four hundred albums over the last thirty years.

1. How did you get involved with the Theatralia Jazz Festival in London?

I've known Filomena (Campus) for many years. She was a student at Nuoro, a beautiful town in the middle of Sardinia. I started a jazz masterclass in this town in 1989. I was the director, and it was a fantastic experience. We had students from Sardinia, from Italy, and from other European countries. I was there for around 25 years, with fifteen professionals, with lessons on improvisation technique, ensemble work, arrangements and the history of jazz. Filomena studied here for two or three years, maybe fifteen years ago. We stayed in touch with her, and she decided to move to London. A few years ago, she asked me to be part of the Festival. I'm now here almost every year! It's nice, because the Pizza Express Jazz Club is a great place.

2. What can we expect from you at the Festival this year?

Normally I play as a guest in Filomena's project. I also wrote the liner notes to the last two records. This year I will play as a duo with Oren Marshall (tuba) on the Monday night, which will be amazing. He was a part of my Brass Bang! project. Oren is a fantastic player and a nice person, and the relationship between us is very good. I am very excited to share the stage with him. On Tuesday I will play with the writer, Stefano Benni. He is a very famous writer, and sometimes we have put on a special performance together, with him reading part of his books, and me playing in the background with electronic effects. I love playing Filament's festival because she tries to promote some Sardinian artists - so it's an Italian festival, but also a Sardinian festival!

3. How did you get started in jazz?

I started playing in a marching band at first, when I was around eleven years old. Then I played for many years in a wedding band, and in fiestas in Sardinia, where I would play covers of artists like Stevie Wonder and popular Italian singers. I discovered jazz in the mid-1970s. I studied in Sienna, where there is an important Jazz National Seminar, in the early 1980s, and became a professional jazz musician in 1982. I was very lucky, because in the 1970s and 1980s, there were not many young trumpet players in Italy. The last one was Enrico Rava, of course, but before that, the only trumpet players played with orchestras and on radio broadcasts. It wasn't easy for me, because in the 1980s, Sardinia was completely isolated, but I quickly became accepted into the jazz 'family'.

4. Who were your earliest influences as a trumpet player?

It started with Miles, of course, and then Chet Baker. I also listen to three or four European musicians, including Enrico Rava, whose style was closer to my own - melodic and simple, Mediterranean and therefore easy for me to understand. Then another one was Kenny (Wheeler). But that was not easy, because the technique of Kenny was amazing. I made one record with him when I was very young, and I was very proud to play with him. The album was recorded in 1985, and also featured Norma (Winstone), John (Taylor) and Tony (Oxley). Another influence was Tomasz Stańko from Poland. But Miles Davis and Chet Baker were the masters. The difference between them was that Miles was an incredible trumpet player, but also an incredible artist. He discovered new talent, and was always looking ahead, at different styles - mixing jazz with rock, recording with an orchestra, like Porgy And Bess, etc. He opened many, many doors. Chet was also a fantastic player, and an immense poet - a fine singer too. That's it! But Miles was also innovative and creative as an artist - he was like Pollock in contemporary art, and Fellini in the movies. But we need both - we need people like Chet and like Miles.

5. Tell us about your early recordings.

I formed my first band in 1984, and made my first record, Ostinato, for Splash Records in 1985. I ended up recording eight albums for Splash, all with my Italian quintet. It is now one of the oldest jazz bands in Europe, I think, because we've been together for thirty-two years, with the same people. We went on to record five records for Blue Note, and three years ago we made an album called Trenta (30) to celebrate our thirtieth anniversary. I think we made a total of twenty-two records together over that time. 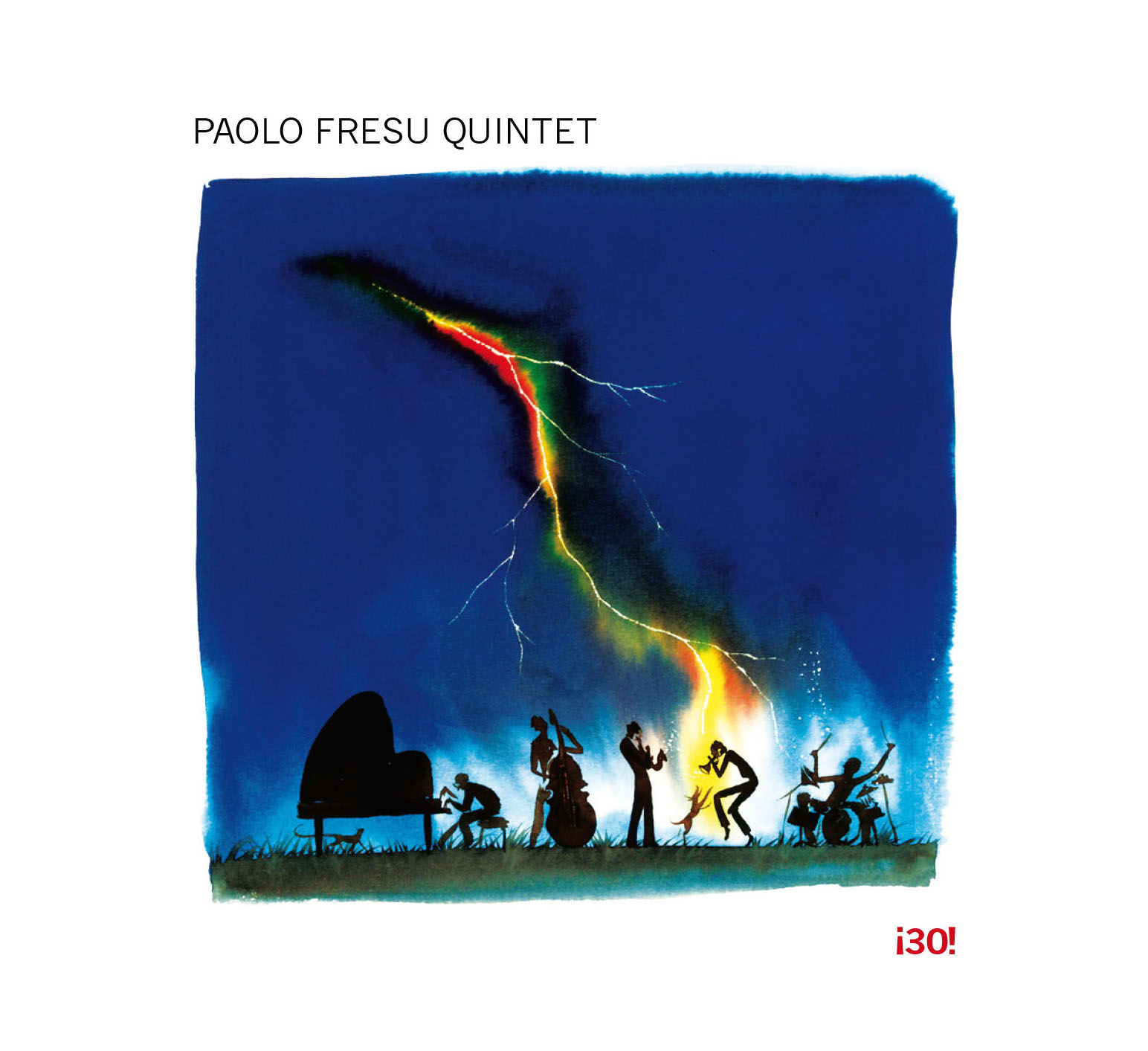 6. In recent years you have collaborated with a number of international artists. How did this begin?

I started collaborating with other musicians from the early 1990s, especially with bass players like Giovanni Tommaso. I played with him at Blue Note in New York with saxophonist Massimo Urbani and pianist Danilo Rea. I played with another bass player, and we made a mixture of jazz and classical music. I also worked with Paolo Damiani, who was the director of the French Orchestre National De Jazz, and we combined Italian jazz with Mediterranean music. So I started to put my feet in different shoes! After that I started working with drummer Aldo Romano on a number of projects, and guitarist Nguyen Lê. Our first album together was Angel (1998). More recently I have recorded a number of duo albums, such as the recording I made with Ralph Towner, and with American pianist Uri Caine. We may make another live record next year. Jazz gives us a freedom, and allows us to open different doors. If I played the same music with the same people every week, I'd soon get tired! In the summer I love playing at festivals where I get the chance to jam with different people every day.

7. How did you start working with Carla Bley?

It's a funny story! I had sent one of my records to Steve Swallow, I think it was Mélos, the album I recorded with my quintet in 2000 for BMG. Mélos means melody, and it was a very nice record. Carla was in an airport somewhere in Russia, and listened to the album on headphones. She asked who was playing, and Steve explained that it was an Italian musician, Paolo Fresu. She was impressed, and asked me to record with her group. She has a very English sense of humour, so the album was called The Lost Chords Find Paolo Fresu! We were on tour for three years, and finally, after the last tour, we went into the studio. since then, she has also played at my festival in Sardinia. 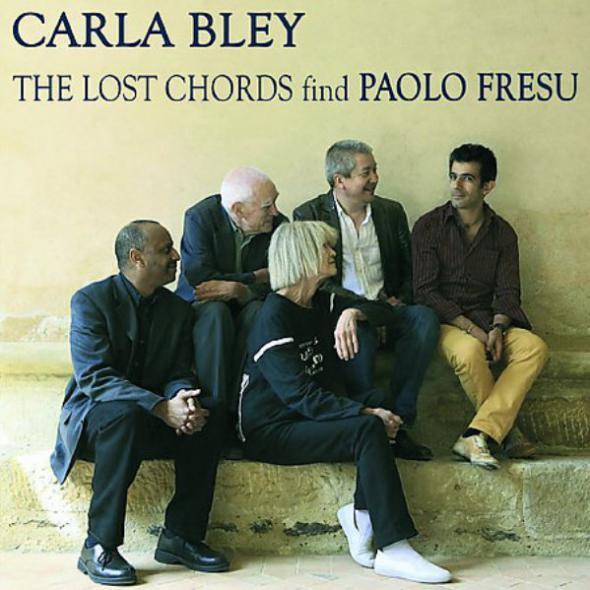 8. How did your collaboration with Ralph Towner come about?

He asked me to come into the studio to record an album for ECM. We had not toured before, so it was not like with Carla. I've known Ralph for many years. I don't know if you know this, but Ralph lives in Italy, in Rome. We went into the studio to record the Chiaroscuro record, and then went on tour for three years. We are planning another tour now, which will start in 2016. 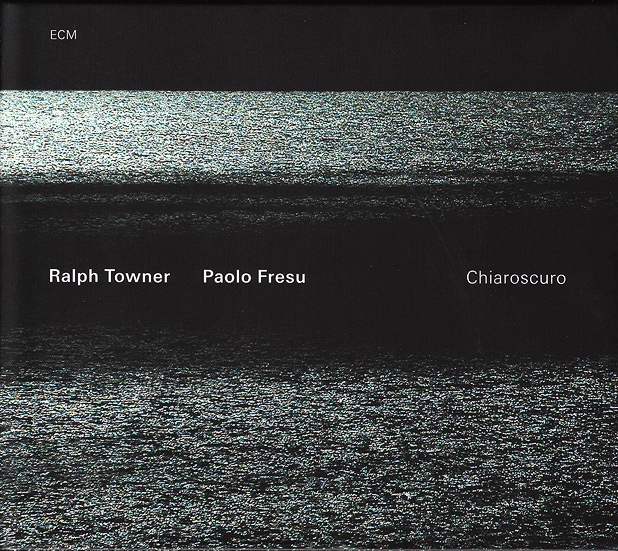 9. Tell us more about the Brass Bang! project.

10. What is your role in the Time In Jazz Festival?

I was born in a small village in Sardinia, the same village I host the Time In Jazz Festival, which is now one of the most important jazz festivals in Italy. Over the years we have featured many international artists, including Carla Bley and Steve Swallow, people like John Surman, John Taylor and Kenny Wheeler. The festival started almost thirty year ago now!

Paolo Fresu will appear at the Theatralia Jazz Festival in London, which is curated by Filomena Campus, and opens on 9th November. Tickets are available from the Pizza Express Jazz Club.