Filomena Campus, the great Sardinian jazz vocalist, lyricist, theatre director and producer, has brought Theatralia Jazz Festival to London for the third consecutive year.  With three dates in residence at Pizza Express Jazz Soho in Dean Street, I am in attendance on the second night. As the title of the performance suggests, it is going to be a challenge between English and Italian artists including the likes of Paolo Fresu and Rod Youngs. I am hooked.

Campus explains: “ Years ago I left my island (Sardinia) for another island, it welcomed me and helped to make many dreams come true.  At a time where everyone seems to build up walls, I aim to build a bridge between our two countries. A bridge made of jazz notes, theatre, musical encounters enriched by the magic words of great poetry”.

One important presence at the Theatralia Festival is Italian author Stefano Benni, who is one of Italy’s most respected writers. He recently refused to accept the Vittorio De Sica Award for literature in protest against culture cuts. For this particular performance he claims to draw his inspiration from William Shakespeare, T.S. Eliot and the late Franca Rame, a dear friend of his and also a famous Italian actress, playwright and political activist, and the late wife of Dario Fo, the Italian Nobel Laureate and playwright.

The performance starts with Stefano Benni and his modern version of God Save The Queen - “all the poets and their dreams, Byron, Lennon and Ozzy Osborne, all the comedians on the scene, Prince Charles and Mister Bean….”

The atmosphere is set.

This is going to be an interesting and challenging event, a different style of jazz performance: innovative, bi-lingual, funny, moving.

Then Campus starts singing with a mellifluous voice, gesticulating, softly touching on some notes. At times it is more like a cabaret-style show - vibrant!

Rod Youngs, the stylish drummer plays on. His is a different way of playing. I love the way it creates a particular road for the audience to follow. It is catchy and elegant at the same time. 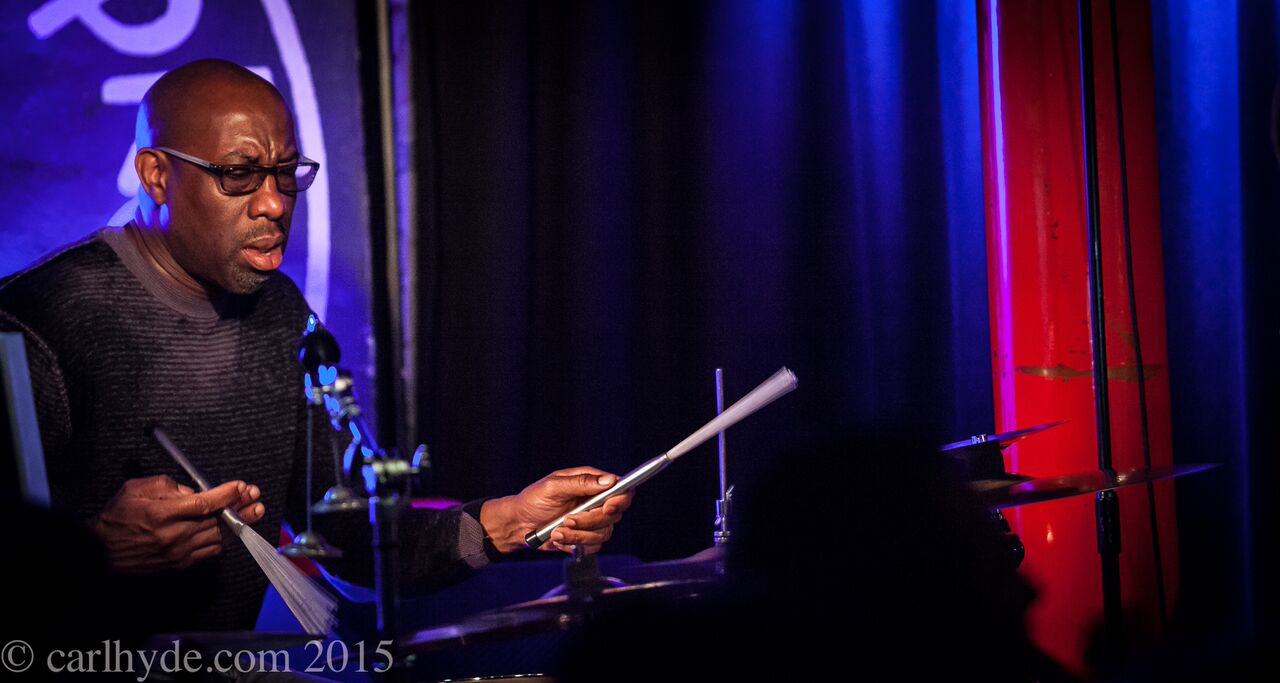 There is a fascinating collaboration between Filomena Campus and the enigmatic Cleveland Watkiss, playing God during part of the performance as per Stefano Benni’s script. It is uplifting to see Cleveland’s cooperation with Filomena in this venture. His voice and sounds are precious to the show.

Enter Paolo Fresu, the great Italian trumpet player.  He is dominant in the second set. His playing is almost spectral as Dylan Thomas’s Do Not Go Gentle is recited by Mr. Benni.  An incredible, elegant, simple rendition by Fresu, who can bring tears to one’s eyes whilst Dylan Thomas’s words are spoken.

The second set sees Rod Youngs’ masterful drumming back with a vengeance. Filomena is singing in English, whilst in the small space in front of the stage of Pizza Express Jazz Soho, waiters come and go minding, respectfully keeping noise to a minimum. The venue is full, busy and thriving with activity.

One can still appreciate the importance of Theatralia’s gig on the day: there is poetry, literature, theatrical appearances, jazz moods and fun, too.

Fresu’s modest and at times moving playing is impressive, whilst Campus’s passion is just to be witnessed and revered.

England 1 - Italy 1  (it is a fair draw - both teams have played consistently well!)