The crowd at Ronnie Scott’s was privileged to see a jazz first on Tuesday evening. It was the premier show by what can only be described as a Norwegian jazz ‘super-group’ - and what a show it was.

The band comprises leading lights from three generations of the Oslo festival scene over those decades: on keys, the oldest in the band Jon Balke, a feature of the Arild Andersen Quartet from the seventies and who played on the last album of the representative from the next generation, trumpeter Mathias Eick. Sax player Trygve Seim looked like a Viking whose longboat had make a wrong turn up the Thames, such was the glory of his flowing Nordic mane and not one, not two but three plaits in his beard. The two younger players were drummer Gard Nilssen and bassist/vocalist Ellen Andrea Wang, who also played with Pixel in support. She put in a stint and deserved her Ronnie Scott’s dinner and, I hope, pudding too.

This show was the first time they’d played together live. You wouldn’t have guessed it. Sure, they’re experienced pick-up players and they will have rehearsed a lot but still, to sound this good and this tight for a first gig was something simply remarkable. What they produced was hypnotically melodic, with lots of soaring phrases redolent of compatriot Jan Garbarek and no sense of needing to plough headlong into fast rhythms and breakneck soloing. This wasn’t jazz on the run, more like jazz at a pleasant walking pace, giving you time to admire the view. What that did was give every single sweet sounding note time to linger in the ear.

Tunes from each of the players formed the soundtrack of the evening. Seim’s 17-71 was a bold and spiky tune early on and set a brilliant tone for the music over two sets. Mostly playing in unison rather than duetting, the sax and trumpet, each with a touch of echo, worked brilliantly together, the sound soaring like it was escaping from the deepest of fjords. Both Seim and Eick presented tunes inspired by their children, the latter’s with a lullaby-like quality which left this reviewer stock still and mesmerised.

Gard Nilssen’s Mormor was similarly sparse and uncomplicated, and Wang’s Tropical was a perfect canvas on which to demonstrate his drumming skills and reinforce the case for less is more in jazz drumming - as powerful as the sounds Nilssen got from his kit were the spaces and pauses in between strokes, as he and Balke played off each other and built up a rhythmic tension that was palpable. All throughout, Wang’s simple but pulsing bass and diamond-sharp voice carried the group along. As complicated, varied and beautiful as the Norwegian coastline, the All-Star Oslo Jazz Orchestra's music was a revelation.

In support were indie-jazz pioneers Pixel, who have carved out their own successful furrow across the fields of European jazz over the last few years and recently released their stunning album Golden Years. Playing at Ronnie Scott’s for the first time, they blew away the audience with their piano-less sound, Harald Lassen’s sax and Jonas Kimork Vemøy’s trumpet playing in unison, with great use of effects to build lush melodic up-swings that relied on strong single tones rather than gymnastic-like hundred-miles-an-hour phrasing.

Powered along by Ellen Andrea Wang’s bass and voice and Jon Auden Bar’s simple but stunningly effective drum technique, over five tunes - far too short, but there you are - the band proved they’ve got the power and poise and a clear jazz USP to continue making waves across the continent and, one hopes, crack the biggest jazz market of all, the US. They showed on tracks like People Pleaser - with it’s simple two-tone pulse and lush bass line - and Golden Years, on which the Wang, Lassen and Vemoy sang in harmony over Wang’s repetitive and utterly lovely bass riff, just what they can do. My goodness they are a fun band and the whooping and a-hollering that the Ronnie Scott’s crowd produced, not long after the New Year lay-off, showed what energy and vibe they can create within an audience. 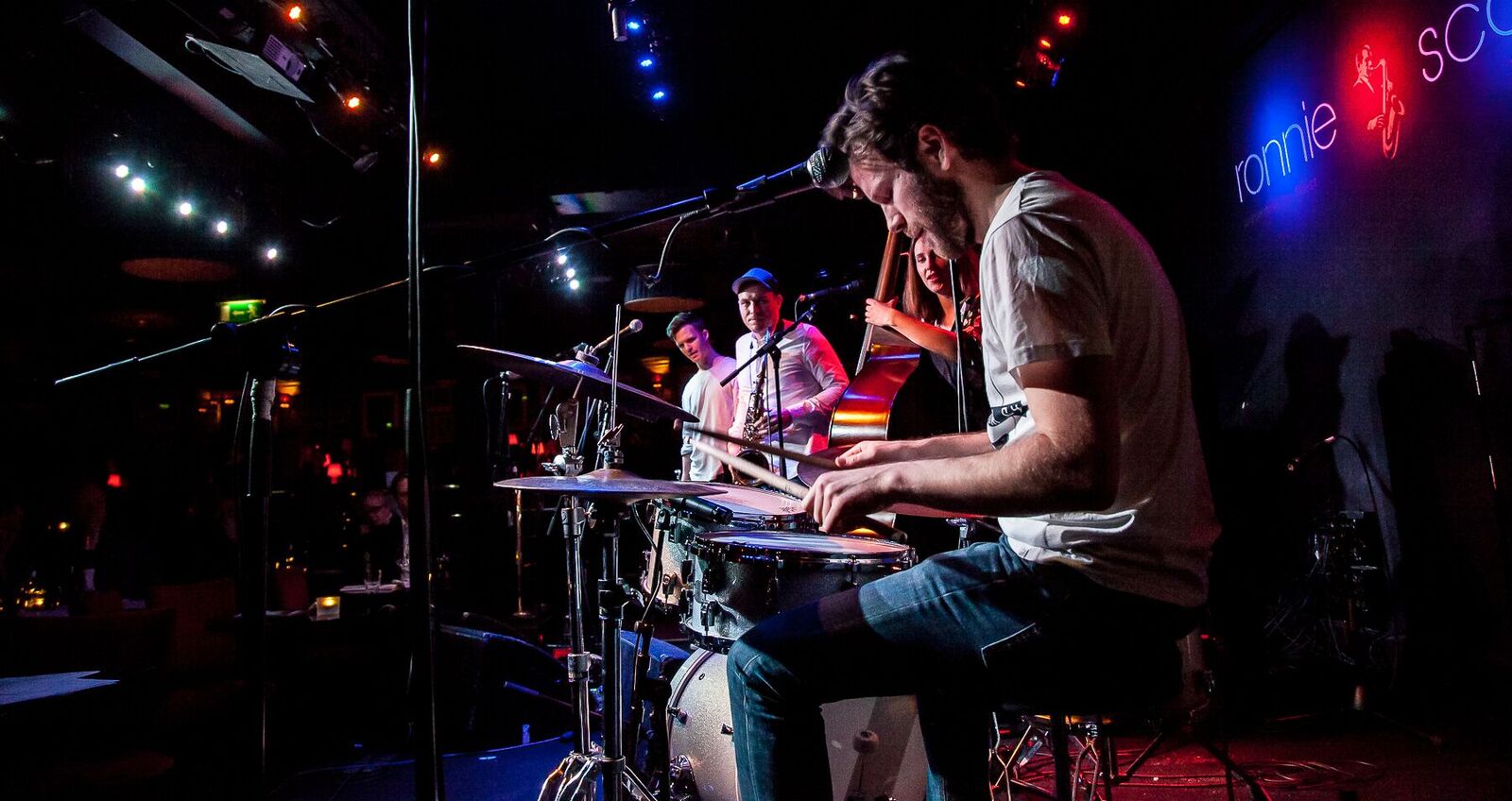 I came to this gig knowing little about what the ad hoc Oslo Jazz Orchestra would produce. Let’s say I was very, very pleasantly surprised. A joy.