In general, we don’t publish gig reviews unless we are fairly familiar with an artist’s repertoire, but we made an exception when Andrew McCormack announced a solo tour of the UK for a number of reasons.

Firstly, he has been on our radar screen for the last few months. We got the chance to see him play as a guest with London-based jazz funk band Wild Card, standing in for Andrew Noble, and he made quite an impression – even playing an upright piano. Secondly, he featured prominently on Kyle Eastwood’s latest CD, Time Pieces, which was in our Top Ten albums of 2015.

We were also looking for an excuse to check out the Clapham Omnibus, which has started to showcase more live jazz south of the river in London. 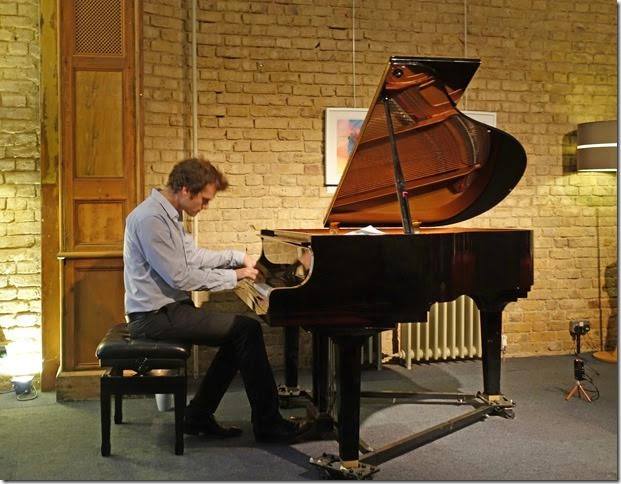 Andrew burst on to the UK scene back in 2007, releasing his debut album, Telescope, to considerable acclaim. Since then, he has released a number of recordings, both as a solo artist and as a duo in conjunction with saxophonist Jason Yarde. Andrew relocated to New York a couple of years back, to work with a new circle of musicians and further his development. The experience seems to have had the desired effect. He recorded his latest solo album, First Light, in New York in late 2013. The new album was very well-received, and his compositions demonstrated a new level of maturity. Since then he has both recorded and toured with Kyle Eastwood, which he feels has added to his sense of swing.

In a solo setting, his latest recordings worked well. He opened the show with Prospect Park, the opening tune from First Light, and also played the title track, which sounded grander and more dynamic than the studio version. There was also a real sense of confidence – and humour - to his playing; throwing in little quotes here and there, using his notebook and hand to dampen the strings on a couple of tunes, and even inviting the crowd to sing along on Tunnel Vision.

The first set was perfectly paced, introducing the audience to one brand new tune, the drifting Dream Catcher, which sounded quite absorbing on first listen, and a couple of well-chosen covers. The highlights included the aforementioned First Light, and a quite superb rendition of Bernstein’s Something Coming, from West Side Story, which captured the spirit of the original whilst adding his own dramatic flourishes. 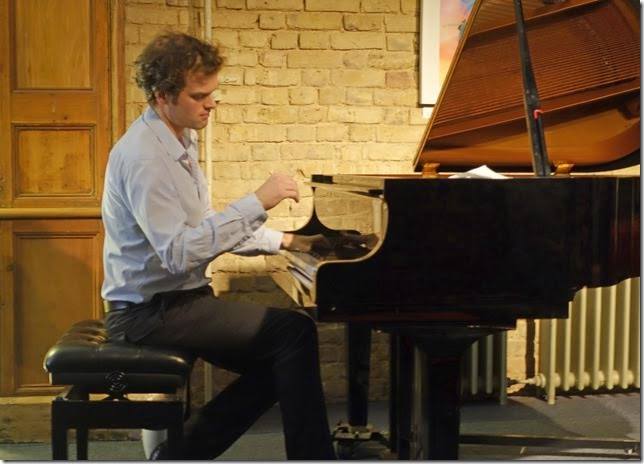 The second set was no less intriguing. He opened with I Can’t Believe You’re In Love With Me, a standard composed by Jimmy McHugh, and not heard so much these days, before launching into Gotham Soul, again from his last album. His playing on Monk’s Pannonica was fabulous – faster than the original, but wonderfully fluid. Antibes was my favourite tune from the second set, and was apparently composed when he appeared at the jazz festival, looking out over the Mediterranean. The tune is available on the pianist’s live album, Live In London, as well as Places And Other Spaces, by the McCormack & Yarde Duo.

There was still time to introduce a couple more new tunes, one of which had only just been composed, before he returned for an encore of Make Someone Happy – which seemed appropriate after such an entertaining night of music.

A brief word on the venue. The Clapham Omnibus is located in the town’s old library, which has now become a new arts centre, featuring theatre, music and art. They regularly feature live jazz on the ground floor, which is like sitting in a large living room, with a sofa, side tables and lamps, as well as a small but well-stocked café. The sound, given the room’s high ceiling, was superb, and the perfect way to showcase acoustic jazz. The venue is on the NE corner of Clapham Common, just five minutes walk from the High Street and underground station.