Editor
Author of Funny Valentine, an acclaimed new biography of the jazz trumpet player and singer, Chet Baker.
Friday, 13 May 2016 09:31

The beautiful Jester of Jazz, Filomena Campus, returned to one of her favourite haunts in London - Pizza Express Jazz Club in Soho - at the end of last month. Her quartet - Steve Lodder on piano, Dudley Phillips on double bass and Rod Youngs on drums, were joined by multi-instrumentalist Antonello Salis.

They opened with Monk’s Dance, penned by Steve Lodder and Filomena Campus and dedicated to the great Thelonious Monk. A challenging opening piece for its modern abstract aspect.

Campus’s range is always impressive and on the night, she doesn’t stop surprising the audience. She has a fresh tone, clear and crisp like a spring morning sky.  With her theatrical background, she puts an enormous amount of work and passion into all her pieces, whether they are sung or spoken.

Queen of Clowns, introduced in Italian, features Antonello Salis, a diminutive man with an incredible tan and a stunning smile. He steps onto the stage, casually but also with a slight shy demeanour. The piece itself is a beautiful poem written by the journalist and poet, Stefano Benni, and is dedicated to the late Franca Rame, a theatre actress and playwright, and the Nobel Laureate playwright Dario Fo. An important track, not just for its music, but for its literature and poetical links.

As one discovers when attending a Filomena Campus gig, the show is not just about the music, the jazz, but also about the way the writing is composed and performed.

Hoos Foos follows, an innovative yet simple piece of music in many ways, inspired by another poem by Stefano Benni.

There are a few interludes during the night, one dedicated to Shakespeare, one to Prince. Campus is alive with passion and verve on stage; it is refreshing to witness such talent and theatricality.

Enter again Antonello Salis, who is playing the accordion with a white and green belt wrapped around him, holding the instrument. It adds a sense of chic to his stage presence, bearing in mind he is also wearing a bandana round his head. Salis has worked with Campus before, mainly in Italy. They both hail from Sardinia; an island, a mysterious place of opposites - rough and sinuous - elements that transpire in their performance together on the night.

The second set opens with a composition by Salis. The gesticulating Campus again demonstrates her theatrical moves, whilst Lodder on piano plays powerfully, showing just how incisive the Quartet can be.

It can be difficult to talk via an accordion, but Salis does it very well indeed; his emotions, the sweat on his face make his performance all the more magical and enduring. 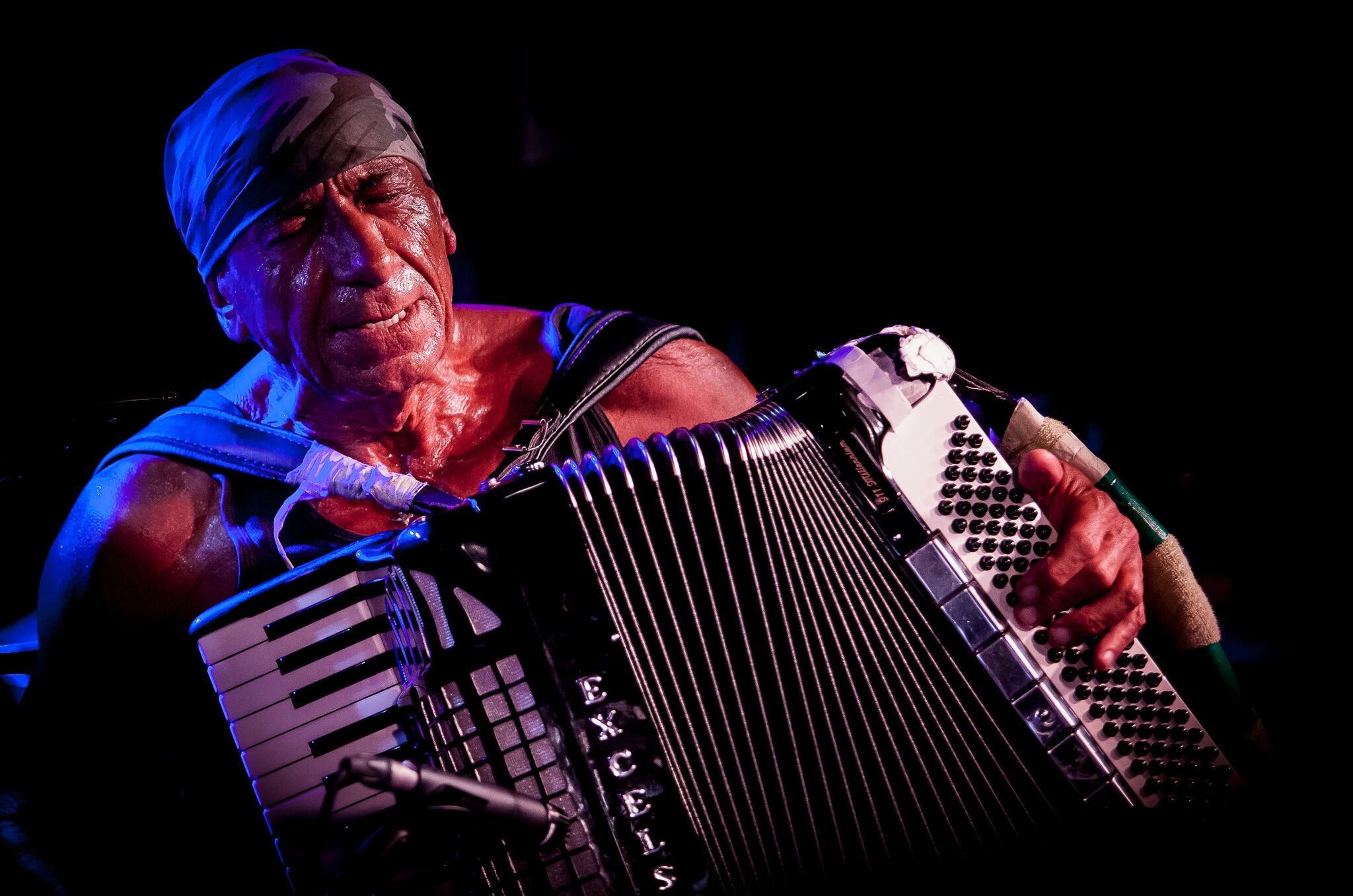 There are no standards again played by Miss Campus et al; her improvisations are abstract works of art, with music and theatre going hand in hand.

Jazz is jazz because is multi-faceted; it hurts, it stuns, it amazes. Filomena Campus’s music does all these things: always expect the unexpected!