I was lucky enough to catch up with Barb Jungr on her third night at Joe’s Pub in Greenwich Village, New York, where she was showcasing the launch of her new album, Shelter From The Storm. The show – like the album – is billed as featuring Laurence Hobgood on piano. Hobgood worked for many years with Kurt Elling, and his fine musicianship adds a new dimension to Jungr’s strong stage presence. They were joined by Matt Clohesy on bass and Wilson Torres on drums and percussion.

The band’s set is a straight run through the new album, opening with Bali Hai from South Pacific. Whilst it’s not my favourite tune, it comes alive on stage – helped by a combination of Jungr’s spirit, as she dances across the stage, and a fine solo by Hobgood, who impresses from the start. 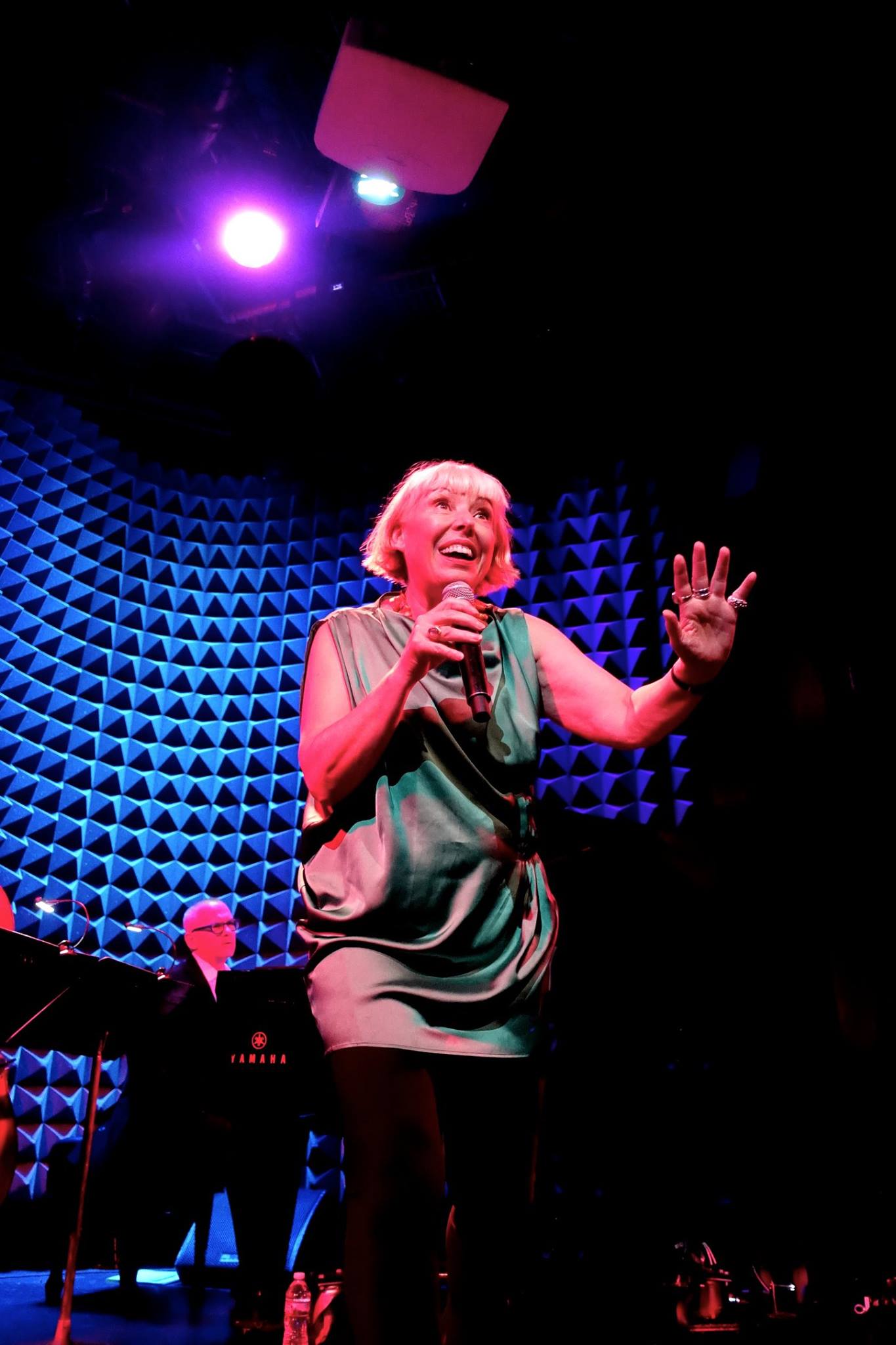 In our album review we highlighted the strong songwriting partnership that Jungr was starting to develop with Hobgood, who seems to be revelling in his new-found freedom. Stars Lazy But Shining, a song described as about ‘relaxing’, is the first to be played. Jungr expresses her delight after another striking solo by Hobgood, which draws loud applause from the packed crowd.

Jungr suggests that only love can save us from the depressing news that fills the newspapers, and introduces Sondheim’s Something’s Coming, which is driven by a nagging piano riff and some Latin-style percussion, courtesy of Torres. The crowd seem to love this tune, but Dylan’s Shelter From The Storm, which follows, is even better, Jungr’s delivery sending shivers down my spine. Hobgood’s accompaniment is also worth highlighting, playing off her phrasing, and “treating each verse like a poem”.

Cohen’s Sisters Of Mercy is a showcase for Torres, who contributes some fine percussion, and Clohesy, who delivers a rare solo. Dylan’s All Along The Watchtower, one of the album’s many highlights, continues the theme of a world in darkness. As the songs builds to a crescendo, Jungr impresses with the power of her singing.

Life On Mars? is more poignant in a live setting than the album version. The arrangement has gradually evolved over time, and now works better, whilst the theatrical lyrics suit Jungr too, as she uses every inch of the stage to good effect. Hobgood responds with a rousing solo, which is met by a roar of appreciation from the audience.

The funky read on Woodstock is not to my taste, despite some fine percussion by Torres, but it should be noted that I was in a small minority, and the crowd really loved this version. I preferred Jungr’s homage to Nina Simone, the lyrics heartfelt and personal, again indicating the strength of this new musical partnership with Hobgood. 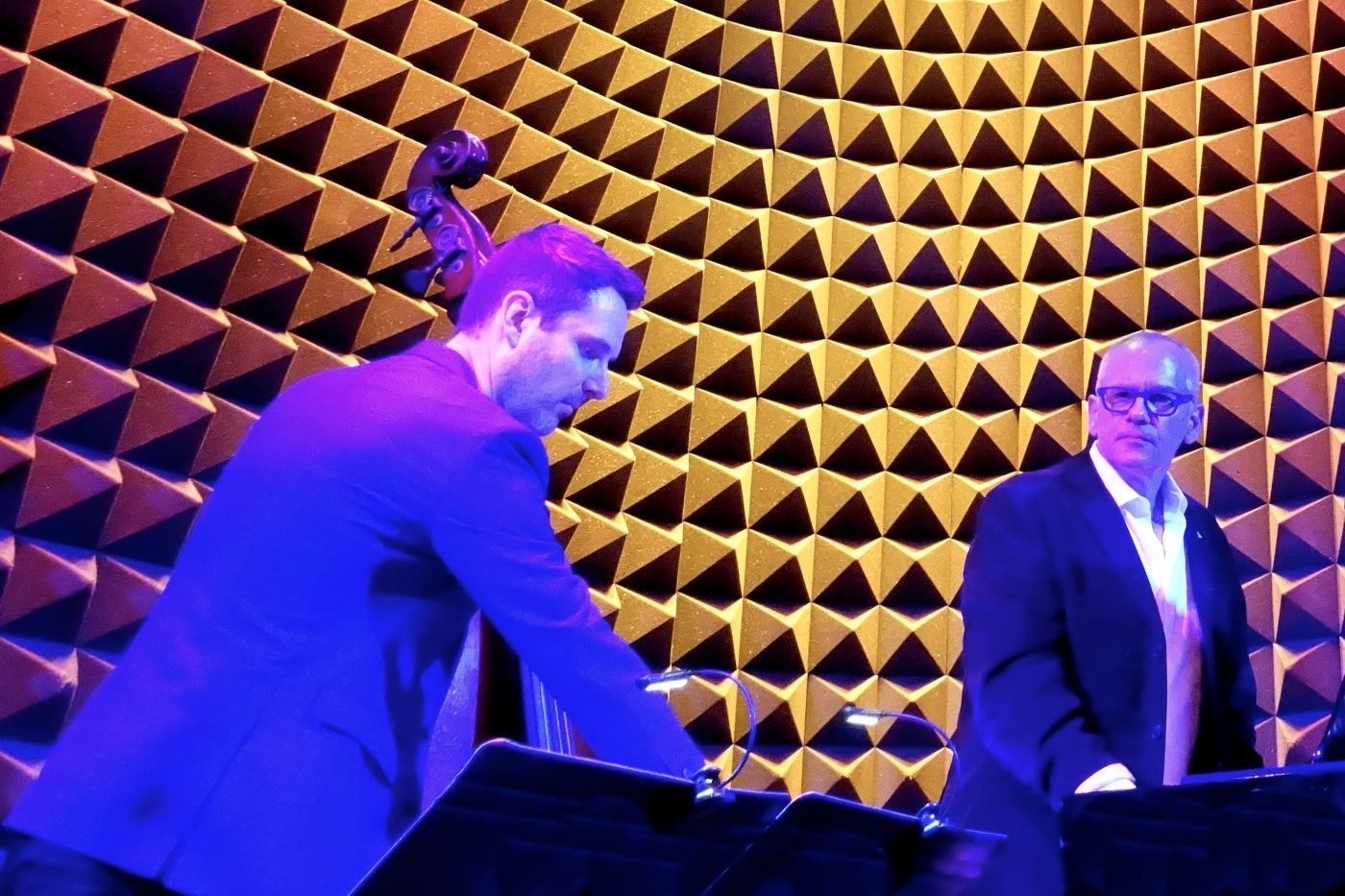 The new band feels more ‘jazzy’ than previous incarnations, allowing more room for improvisation and solos, whilst still playing to Jungr’s considerable strengths as a singer, and peerless interpreter of some of the great singer/songrwriters. The show will be coming to London’s 606 Club in late July – sadly without Hobgood – but on this evidence, it will be well worth seeing.