This month saw the return to the London scene of Australian-born jazz and blues singer, Simone Craddock – who has been touring the UK with the stage production of Dirty Dancing for the last fifteen months. She played two shows last weekend – a blues-themed show at The Bulls Head in Barnes, and a more jazz-oriented set, based on the Great British Songbook, which she performed at The Pheasantry, on King’s Road. We caught up with her at the latter.

She came on the stage to God Save The Queen, a jokey reference to her newly-acquired British citizenship, before going into swinging version of Queen’s We Will Rock You – complete with scat solo! It was one of several pop songs performed in a jazz-style that were performed with sufficient sass – by both singer and band – that they somehow worked.

There was a neat segue from the opener into Mercy, by Duffy, which featured a cool solo by Roger Lewin on piano. Lewin took the lead on a gorgeous version of Waterloo Sunset, which was sung quite impeccably, and was well received by the audience. Lullaby Of Birdland brought us back into jazz territory, and featured a neat bass intro by Flo Moore, who impressed throughout both sets. 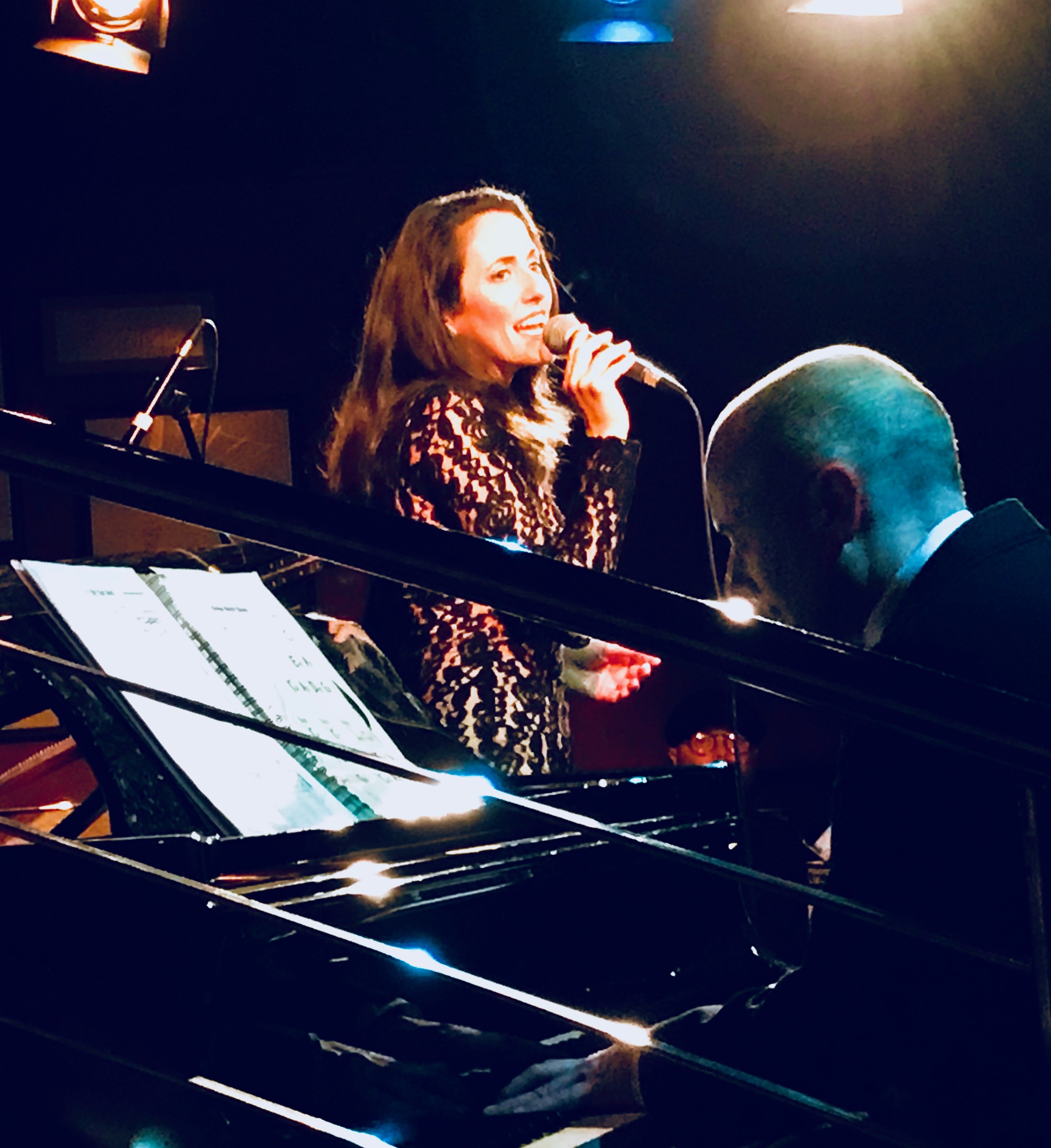 The highlight of the first set, for me, was Simone’s version of Almost Blue by Elvis Costello, a song that was written in the style of Chet Baker’s Pacific Jazz recordings, and later recorded by the man himself. It featured a delightful piano solo by Lewin, who gauged the mood perfectly, and a show-stopping ending by the singer, which resulted in the biggest cheers of the night.

This was followed by a Beatles medley of Here Comes The Sun and Something, both of which have been performed in a jazz-style on many occasions, and fitted well into the set.

There were occasional mis-steps; the arrangement for Kate Bush’s The Man With The Child In His Eyes was too busy, and didn’t really allow the songs lyrics to breathe. Radiohead’s Creep was also performed in a swing-style, and whilst the arrangement was fun, I’m not really sure it really worked.

The second set opened with two originals – That Gene, co-written with Paul Armstrong, and Always Waitin’, both of which demonstrated Craddock’s considerable skill as a lyricist. Back To Black by Amy Winehouse was also superb, and the jazz arrangement, which again featured Roger Lewin, worked well. 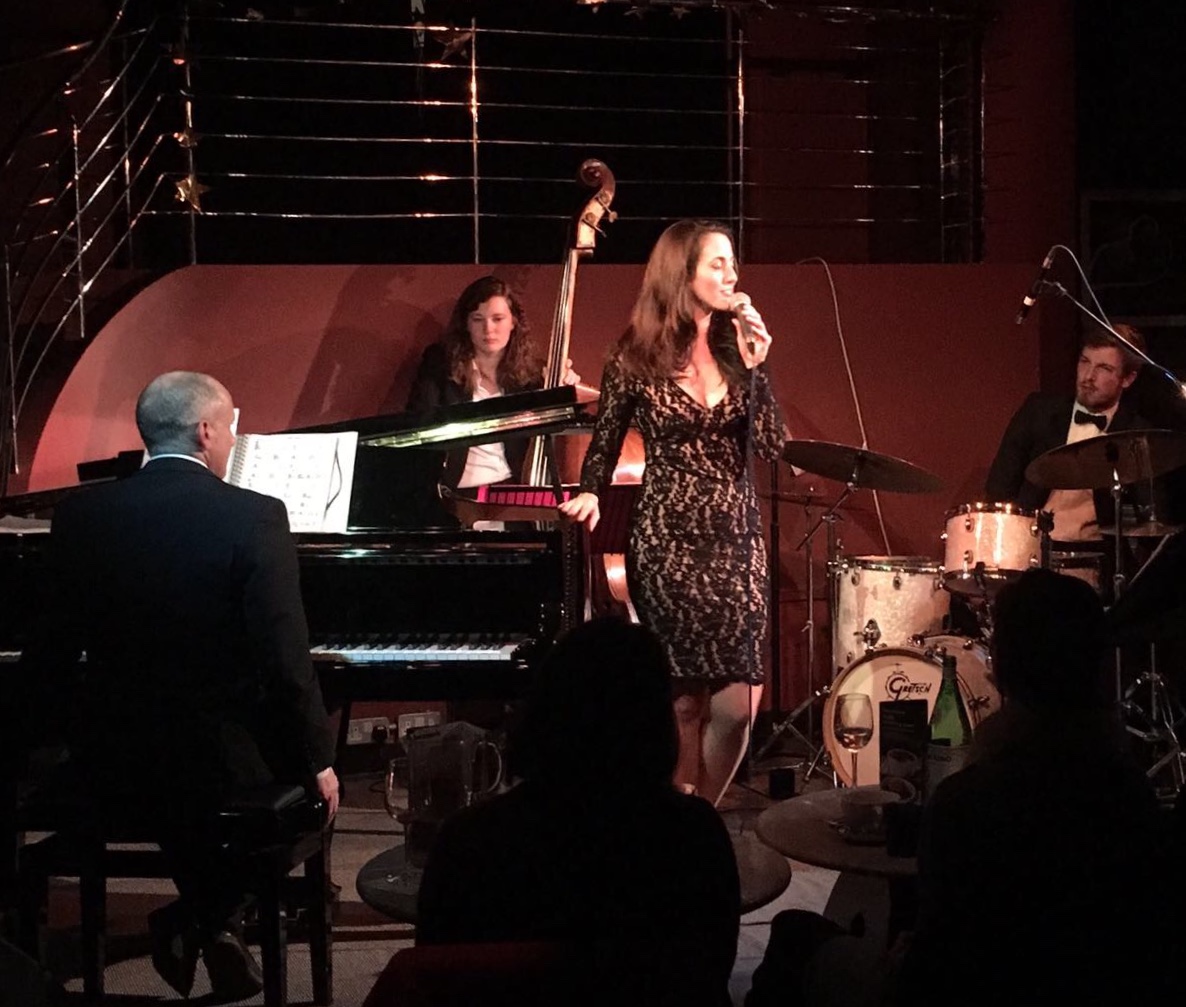 Noel Coward’s Twentieth Century Blues was less successful, and sounded slightly out of place in the set, before things got back on track with fine versions of The Very Thought Of You and Who Can I Turn To, which was another highlight – and demonstrated the considerable power and depth of her voice. The second set ended with It's No Big Deal, a new original co-written with Benjamin Croft, which again impressed, and held its own with some famous standards.

There were two encores, the best of which was a delightfully swinging version of Route 66. Simone Craddock is hoping to record her first album this year, and promises a crowdfunding page to kick-start the project. This will feature a few more originals, and hopefully some of the fine covers she performed this evening.