Rate this item
(4 votes)
Brian Jackson is an American keyboardist, flautist, singer, composer and producer known for his collaborations with Gil Scott-Heron in the 1970s. The sound of Jackson's Rhodes electric piano and flute accompaniments featured prominently in many of their compositions, most notably on The Bottle and Your Daddy Loves You from their first official collaboration Winter in America. Brian Jackson JID008 is his first full album in twenty years, and was released in June 2021.

1. What were your three biggest influences growing up?

Number one would be Walking by Miles Davis, number two was Where Did Our Love Go by the The Supremes and number three would be Hey Joe by Jimi Hendrix. I think those three were the ones that had the biggest influence on what I do. And if I had to name a fourth, it would be Otis Redding.

2. It sounds like you grew up with a healthy mix of jazz and R&B...

Actually I was brough up on a healthy mix of jazz! In my house, music could be heard all the time and it was usually jazz – big bands, Count Basie or Duke Ellington, the singers – Ella Fitzgerald, Sarah Vaughan, Carmen McRae, Frank Sinatra, Big Joe Williams – and the ensemble playing of the bebop era – Miles, Bird, Coltrane. Music 24/7. And that’s pretty much how it was until I was eleven or so when I heard the The Supremes on the radio, and it pretty much knocked my socks off. Because there was definitely some jazz sensibility going on there. Maybe it was hidden, but now that I’m older I understand that it was the sensibility of the musicians, but that got through to me – a but with a rhythm and style that I was less familiar with, which was more of the church influence.

3. Your work with Gil Scott-Heron was a mix of poetry, jazz and R&B, and was hugely influential in terms of hip-hop, with both the lyrics and music widely sampled. What did you think of rap when it first emerged?

When I first heard rap, it was based on a DMX drum machine, and I had one of those myself, so I appreciated what they were doing with it. And I also understood the tradition they were building on. And then came sampling, but not sampling per se – like Rapper’s Delight – yes it was Good Times (Chic), but it wasn’t a sample, they were playing Good Times. I’m still ok with that, and everyone seemed to be ok with that. Then came actual sampling, and a lot of people got turned off by that. You gotta understand where I came from. I had a Fender Rhodes, which is not a piano. I had a Mini Moog, which is not a ‘real instrument’. And so I was already into experimenting. I had half my head around what was coming. So when sampling hit the scene, I didn’t see it as unusual or unethical in any way. The problem that most people have with it is how does the original musician profit from it. 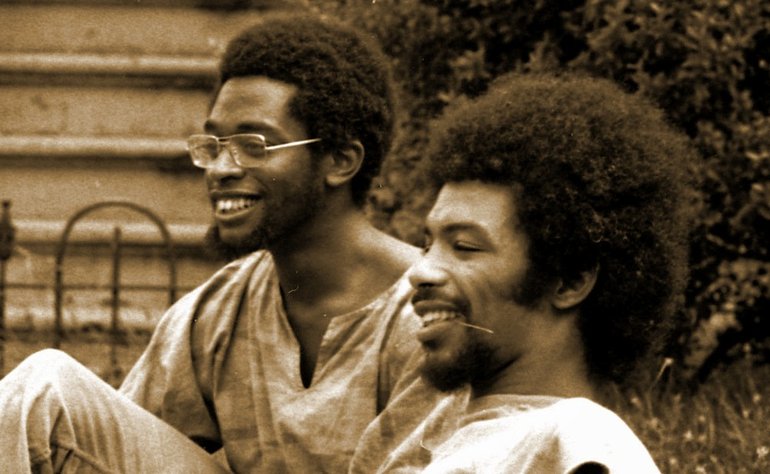 4. What was your favourite memory of working with Gil?

At one point we were on the road for two hundred plus change days of the year. We wrote a lot on the bus. We didn’t have a caravan of buses, we had one bus – and around eleven people in the band at one point! And so we spent a lot of time hanging out, talking about all sorts of things, and watching the world develop from inside of the bus. And that’s where songs like Hello Sunday! Hello Road! (from Bridges, 1977) came from. It’s all about our experiences as a family. Those are some of my best experiences. I remember one time we were opening for Herbie Hancock, and after the first show I was back in the green room looking really dejected. Gil came up to me and said, “What’s the matter, man, you look depressed – what’s wrong?” “I just came back from watching Herbie play. Why am I even on this show? I’ll never be a Herbie Hancock!” It was classic imposter syndrome. And Gil said, “Well, it’s true, you’ll never play play like Herbie Hancock. I get that. But have you considered that Herbie Hancock will never play like you!” And that’s something I always carry around with me when that imposter syndrome comes back.

5. How did the collaboration with Jazz Is Dead come about?

I’ve known about the Art Don’t Sleep movement for several years, and had a couple of friends who knew about what was going on in Los Angeles. When I would go to LA I was on the fringe of the Leimert Park movement (the Leimert Park Jazz Festival), so I was always one or two degrees away from where they were. In fact in 2012, I went and did a great performance in Los Angeles called Peace Go With You Gil, and that was put on by Jonathan Rudnick, who was one of the founds of Giant Step. We’ve been good friends for many years. That introduced me to a bunch of people who were also affiliated with the Art Don’t Sleep movement. Dru (Andrew Lojero) called me around Christmas 2018, or thereabouts, because they had a project that they were doing – working with some of the older jazz musicians – recording with Adrian Younge and Ali Shaheed Muhammad – to see what would happen. I was the first up. It happened in February 2019, a few days ahead of the show. We did some rehearsals ahead of the show, and also recorded some music. And that was the kick-off of the Jazz Is Dead movement…

Listen to Mars Walk, the first single from JID008 here:

6.  It was the first album JID recorded, but the eighth album to be released. Why the delay?

There were a couple of projects I was working on that might have interfered with it, and I didn’t want anything to get in the way of the release, so we thought it would be better for the smoke to clear, and see which way it blew. All of thos projects got delayed, with the pandemic, but Dru – he never stopped moving forward! He was ready to hit the ground running. 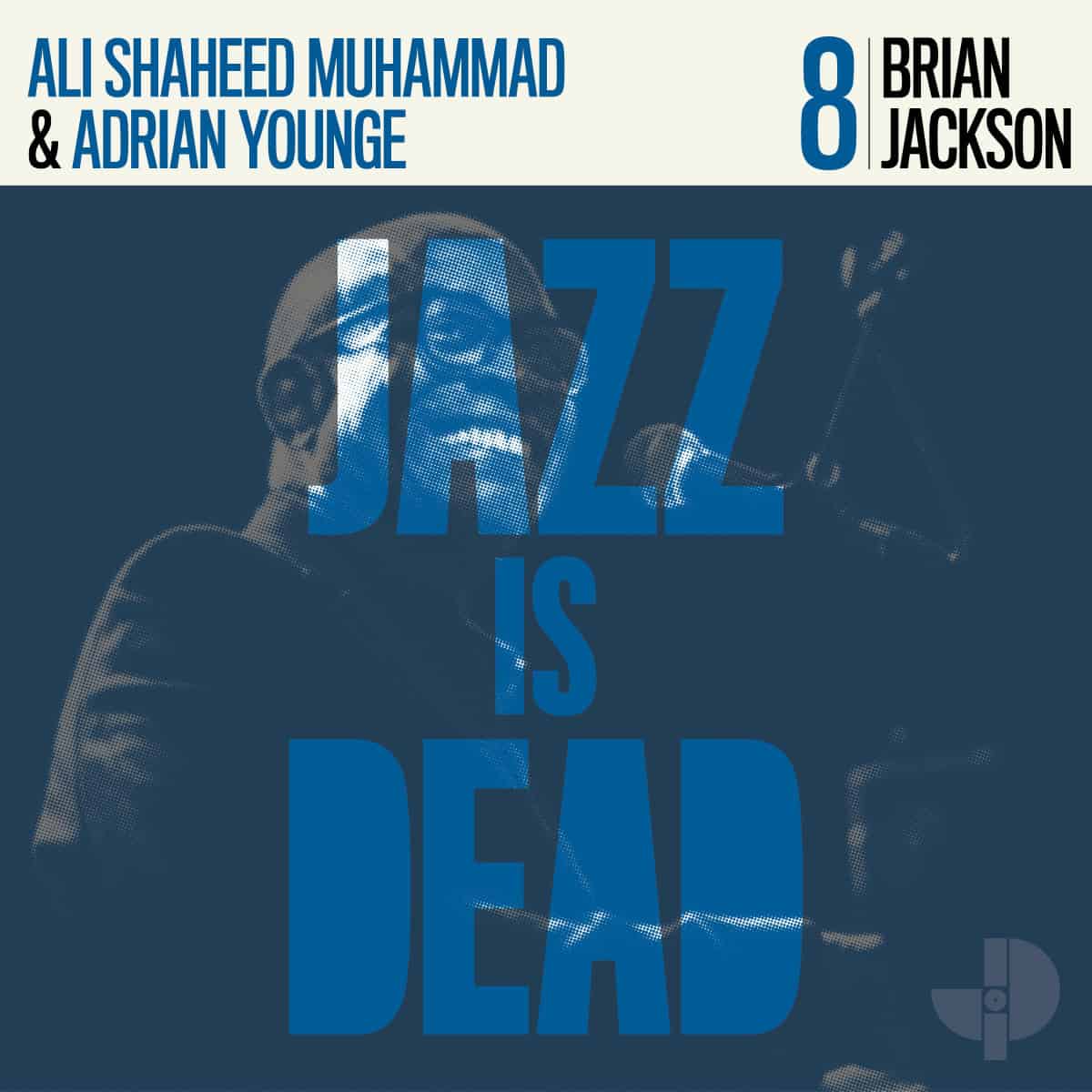 7. Previous JID projects saw the JID team lay down the basic track first. How did the collaborative process work?

That was pretty much the process, although we did write Ethiopian Sunshine all together. One thing I have to say about the process is that when I listen back to it, one thing I understand is the importance of Ali’s role in the process. As Ali is known to do, he laid the groove, he laid the groundwork, for what we were doing. That’s always been who he is. When you listen to the album, it’s based on what he laid down. As a pianist, I always key off what the bass is doing. Where is the groove? Where is the motif? Ali comes up with these incredible scales and motifs that really set the tone. Adrian has an insane collection of instruments – I think he even has a harpsichord in there! So if you’re a creative, and see something that catches your eye, you’re going to sit down and noodle on it until you come up with something. I was glancing around the room, and on top of the piano I saw a rectangular box. I opened it up, and it was an alto flute. I’d been looking to get an alto flute for years! I put it together and started playing with the track that was on. Adrian said, “Get in the studio and do that! Let’s get a mic!” For most of the process, that alto flute never left my hands.

8. JID008 is your first full album in twenty years. What’s been keeping you busy?

After Gil and I split in the 1980s, I got a call to go on the road with Phylis Hyman, and went on the road with her for a year. And then I was asked to do some work with Kool and the Gang on there Something Special album (1981). A friend of mine introduced me to Will Downing around the end of the 1980s. He used to come round to my house after work and we would sit around with my Atari ST1040 and all my music programs and come up with the songs that became his first album. It did incredibly well in the UK, it was really crazy. Later on I met Gwen Guthrie, and I’d been writing some material and I asked her to consider it. We ended up working together, co-writing and co-producing some of the songs on her last album, Hot Times (1990). I did a lot of studio work, I kept busy. I left the business in 1994, and got tired of some of the things we’ve talked about. I took a hiatus and studied martial arts, which was a good way to keep my hands business. That lasted around four years until my teacher said, “What are you doing, man? You’re a musician! Get yourself back into music.” I knew it was true, so I put an ad in the paper for a band, and that was the band which played on Gotta Play twenty years ago, which I’m very proud of.

9. What’s next for Brian Jackson?

There is going to be an album with BBE (Barely Breaking Even) next year, with Peter Adarkwah. I’ve done an album or original material, working with Daniel Collas of the Phenemenal Handclap Band. We met at a club in New York, and he said he thought he could produce me. We ended up writing and recording some really good music that I’m really proud of and that will come out on BBE. Another project I did with Eric Hilton of Thievery Corporation, who contributed to the album, as well as the leader of the band, The Archives, a roots reggae band, that did covers of Gil Scott-Heron and my stuff – you’ve gotta hear it, it’s called Carry Me Home. I’m blown away by it – I never thought our music would translate into roots reggae! They asked me to guest on the album, and got along so well, we started working together on another project. We’re just trying to finish the production on that one. So that’s three projects!

Watch the official video for Home Is Where The Hatred Is by The Archives here:

10. Tell us one thing about Brian Jackson that might surprise people...

(Laughs) When I started in the business, people are surprised how young I was. I'm 68 now, and turn 69 later this year. I've been telling people that when we worked on Pieces Of A Man I was 19 years old, and that was my debut in the studio. But it was in April 1971 when we recorded that album, and my birthday is in October. So I was 18 when I recorded that album!