Rate this item
(3 votes)
Kind Of Jazz, in association with Women In Jazz Media, are proud to sponsor ISQ's show on 20 November at the EFG London Jazz Festival, as part of their Women That Inspire series of concerts. Here with interview singer and bandleader, Irene Serra, about what we can expect to hear, and several new projects for the year ahead.

1. Requiem For The Faithful came in out September 2019, just before the start of the pandemic. Were you able to promote the album?

As far as timing was concerned, there was a silver lining – we had arranged a tour. The last date was in Liverpool in the first week of March, and by that stage, there was a lot of talk about COVID. Obviously the country went into lockdown just after that, so we were lucky that the bulk of the promo had happened.

2. That the first album you had recorded with your new keyboard player, Naadia Sheriff. What did she bring to the band?

I’ve known Naadia for a long time. I played with her on one of my first professional jazz gigs in London many years ago – at the Bedford in Balham! We got on straight away. She’s a lovely person and an amazing pianist, and when we were looking for another piano player she popped into my head – she’s perfect for isq. She was very enthusiastic, and really impressed me – at the first rehesarsal she had learnt all of the tunes and worked on new bits she could do, extra sounds and textures she could bring to the band. She’s just incredible to work with. 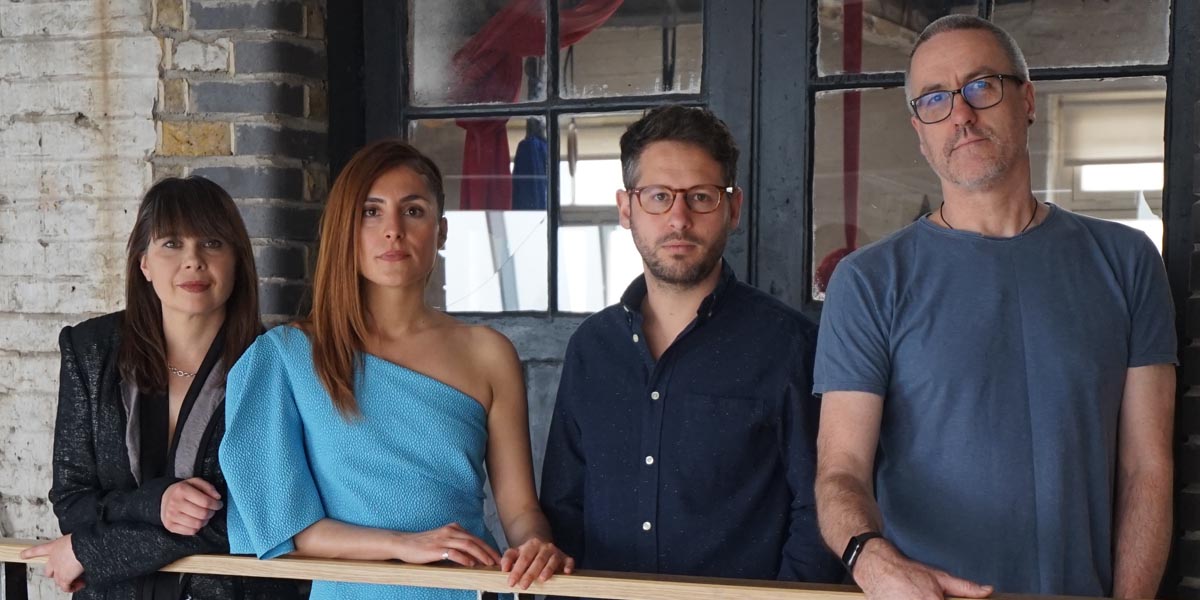 3. Most people had a lockdown project or hobby. What did you get up to?

It was the remix album, actually (Requiem For The Faithful 2.0: The Remixes). After the first two weeks of depression and panic, I was like ‘what can we do’? We always toyed around with the idea of doing one remix, because a lot of our music sits at around that 120bpm that’s perfect for electronic remixes. After a while – I can’t remember if it was Richard or my partner – suggested we remix or reimagine the whole album. I applied for some funding from Help Musicians UK, and they very generously supported the album. We had a wish list of collaborators and friends, people we had been wanting to work with, and sent out emails and almost everyone got back to us!

4. What was your favourite remix on that album and why?

There were lots of great remixes, but my favourite was the one by Richard Sadler, our double bass player, whose take on Orbit featured incredible production, and totally flipped the tune round on its head – it was completely creative, and the first time I head it I was blown away. He’s an incredible producer, and doesn’t always get the credit he deserves. He’s produced all of our albums, and his production style will come out more on our next album.

5. ISQ are playing at the ESG London Jazz Festival on 20 November at Toulouse Lautrec. What can we expect to hear?

We’ll be playing all of our classics, as I like to call them, but also at least one from the remix album. We’ll also preview some material from our upcoming album. It’s going to be really mixed – it’s been ten years since our first album, which was very acoustic, and more ethereal. The subject matter of the songs is very different now, as well. I’ve grown in the last ten years, and I like to think the music has, too.

6. The show was arranged by Women In Jazz Media (WIJM). What does that organisation mean to you as a female performer?

Its’s a fantastic organisation. There’s now a lot more talk about women in jazz, female artists, and that’s amazing, but they also highlight all of the other women working in the industry in a jazz capacity – the photographers, the writers, the promoters – which is fundamental. We need to have more women’s voices in all of these spaces if we want to achieve real equality. WIJM has also shone a light on a number of the older artists, the pioneers. It’s also worldwide – it’s not just UK-centric. There’s a real sisterly thing about it which is fantastic.

7. What can we expect in terms of development on the next ISQ album?

Definitely subject matter. Lots of things happened this last two years. Requiem was about when my mother passed away, about grieving and faith. This time we had the double-whammy of Brexit and COVID, me too and Black Lives Matter also happened, and that crept into my writing. Most of the music was written my Richard and myself, but there’s also a collaboration with Naadia, which we might play at the London Jazz Festival. We are going to keep the electronic element, and possibly make that more of a feature - that’s where I hear the soundscape going. We are almost finished with the writing, and haven’t finished all of the arrangements yet.

I’m a jazz vocalist, I’ve been gigging for almost twenty years now. I mainly focus on my original music, but I thought it was time to release an album of more traditional jazz, with standards and Brazilian music, and hopefully that will happen early next year. I’m really excited about that!

9. What's happening with Wolf & I. Is that an ongoing project too?

It’s an ongoing project, but there are sommany hours in the day. I still want to release original music with a pop/electronic flavour in the future, and that’s the project I’ll do it with! We haven’t heard the last of Wolf & I.

10. What are the plans for your gypsy jazz band, La Bouche Manouche?

We should be releasing a Christmas single at the end of November, and next year we hope to record our second album – and maybe a Christmas album, too. So there’s lots in the pipeline!

Tickets for the show on November 20th are available here: