1. For someone who has never heard –isq, how would you describe your music?

Songs! (RS) Definitely songs, within a framework of improvisation. Those are the two most important things we’re keen to get across as a band. I think you can hear lots of different influences from the music we love. So for us it is jazz, but in a very broad sense. You get the singer-songwriter vibe, because they are songs, and are structured as such. (IS).

We all play jazz, but we all come from different angles. John (piano) is very strong in flamenco and Latin piano, Chris (drums) loves electronica and drum and bass, I love anything that’s good, and you (Irene Serra) love pop! (RS)

Pop - the dirty word! I love good music, and don’t really think in genre. My iTunes is literally filled with everything from pop to jazz to classical to metal. If it’s played well, and written well, I like it. (IS)

2. Who have been your biggest influences?

For me, it’s jazz and pop, those are the two types of music I listen to the most. I listen to jazz vocals, rather than instrumental jazz, and some of the older pop, such as Prince and Michael Jackson – classic pop, rather than what’s going on now! Even Elton John. I like a lot of the contemporary jazz. I love GoGo Penguin, and listen to a lot of Gretchen Parlato. (IS).

I am mostly influenced by jazz, from Duke Ellington to The Bad Plus, and everything in between. And everything else I’ve ever listened to, from rock and roll, to country, and singer-songwriters. Not so much pop! I had two older brothers, so I heard Led Zeppelin and Genesis when I was growing up. Punk was the first thing I grabbed for myself, because I was that kind of age. (RS)

Richard introduced me to Pentangle, which I thought was amazing. I loved what they did; they wrote songs, but they were all improvising musicians. (IS)

It was definitely easier second time around. The writing process was similar to the first album. I wrote two of the songs on the first record myself, but most of the time, Richard and Chris will have an idea, send it to me, and see if I can work with it. I usually know from the first listen, because I’ll get ideas straight away. Tears Of A Clown – which Richard sent me - was the one I struggled with the most, but I loved it so much musically. That one took me longest to write over. We write separately, and then come together. (IS)

I think we developed the songs a bit more before we took them to the band. It’s the best way to write, because I can come up with loads of ideas, then email them. Normally when you’re writing a song, you have to work at it for hours, sculpt it, to finish it. (RS)

Sometimes when you write with other people there, they’ll say something, or do something, and pull you in a different direction to the one you had intended. This way we really get to express ourselves, and then send it back. It’s all very friendly, and very open. (IS)

When we all play them as a band, they change again. But that’s a good thing, that’s the best part of the process. (RS)

That’s where the jazz comes in. We write songs, but the music keeps evolving. (IS)

4. How has the band evolved over the last couple of years?

We play together regularly, but in can be in completely different contexts. Sometimes I play with the rhythm section. (IS) I’ll be playing with Chris on Friday. I haven’t played with John much recently, but he does all sorts of Latin bands and salsa bands. (RS). As writers we have grown more confident in where we are going. On the first album, we were more tentative. (IS) We weren’t sure how if it was going to work, how it would turn out. We just put it out, see what happens. But even when you’ve got the CD in your hands, you’re still not completely sure. I liked the songs, but how are other people going to react? (RS)

5. You’re playing at the EFG London Jazz Festival this year. What can we expect when we see you live?

We’ll bring in a couple of new songs, and some slightly different arrangements. (IS). We might bring in an Elton John song, just for you! (RS) We’ll keep it really open. We never really know what’s going to happen at every gig until we start playing. It’s important we don’t write things down too strictly, and keep surprising ourselves. One of the arrangements of Secret Garden came about a gig, and I thought, we have to go with that. Maybe a cover! We don’t know…(IS)

6. What other projects do –isq have this year?

We have a new video coming out, called Reflections. We are hopefully going to set up some dates for next year, to keep gigging the album. And we’re still writing. The third album is just a little idea at the moment, but we keep moving forward. We may also release a single before we do the new album. So we’re exploring different avenues. (IS)

7. What other projects do you have outside of the band?

I’m just a bass player! (RS) I have my jazz and Brazilian music, which I gig around, and then I have a new project called Wolf & I, which is more electro-pop. I’m working on that. It’s mostly my material, but Chris is producing it, and Richard is helping me to produce a few tunes. He’s helped me to remix one tune which is amazing! It’s more of a chill-out jazz vibe. I’m hoping to release a single after the London Jazz Festival, either before Christmas or at the beginning of next year. (IS) 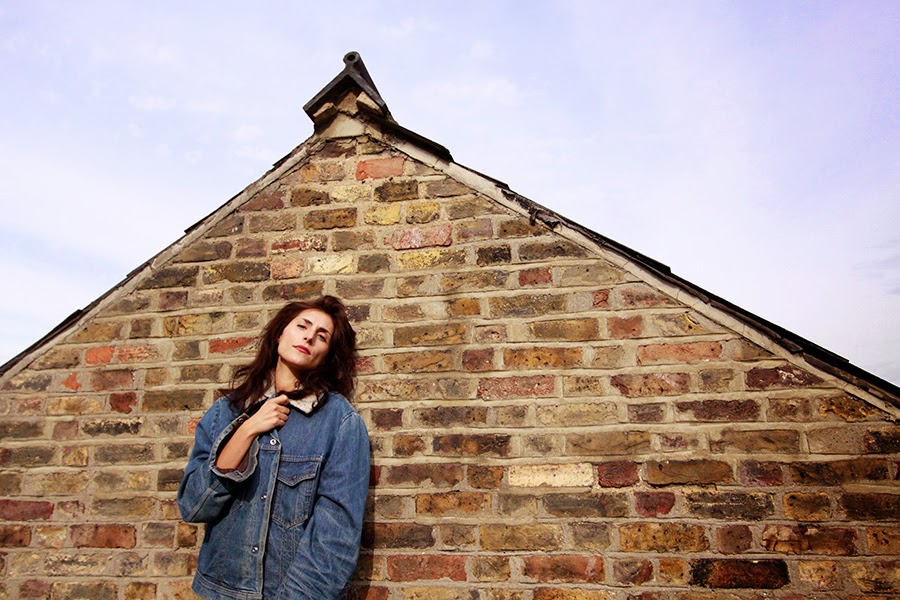 8. If you could invite your dream guest musicians to play with -isq, who would they be?

How long have we got? From any field? Brian Blade. He’d be the drummer. (RS) I was thinking of two drummers, or two bass players. So maybe Christian McBride. We started adding a few harmonies, you can hear Richard singing, and I love that. So if I had to have a guest vocalist, it would be Jon Hendricks, who I adore. (IS) Nancy Wilson? (RS) Yes, but I wouldn’t want to just keep it jazz. Frank Ocean. Or José James. It would be interesting to add musicians who are not in the jazz field, see what they bring to –isq. (IS)

9. If –isq were stranded on a desert island, what three records would you take with you?

I’d take a Bill Evans record, maybe Portrait In Jazz. (IS) I think I’d have to take the Complete Village Vanguard! (RS) I’d probably take (Michael Jackson’s) Off The Wall, if you ever get in a party mood! And one of the Eva Cassidy albums. Maybe Eva By Heart. (IS). There’s an album by Emmylou Harris called Wrecking Ball which I love, and listen to all the time, and never get bored of. (RS). You’d have to take an album by a bass player, you love your bass players. (IS) But Bill Evans covers the bass player. Maybe something raucous. Nirvana. (RS)

10. Tell us three things about –isq that might surprise people?

That I met John when I was doing a Brazilian music festival. I knew John when he mostly a Latin player. (IS) Surprise people? (RS) You don’t think we’re that interesting, do you? We probably spend more time drinking tea than we do rehearsing! I think when people hear Wolf & I, they will be surprised that that was also done by members of –isq, as it’s so completely different musically. And maybe that I played with all of the band separately before we played together. (IS). I’ll think of something on the way home! (RS)