Rate this item
(4 votes)
Without a doubt, Leo Richardson is widely recognised to be one of London's leading Jazz Tenor Saxophonists, best known for his honest, straight-ahead, contemporary hard-bop style. His most significant influences include John Coltrane, Joe Henderson, Dexter Gordon, Horace Silver and Art Blakey. Leo’s quartet consists of killer artists who are all standouts in their own right. Rick Simpson, winner of the Yamaha Scholarship Prize for Outstanding Jazz Musicians, resides on piano. Mark Lewandowski, one of the most sought-after young musicians of his generation, drives a hugely vibrant, powerful double bass. And, in keeping with the talent in this line-up, the exceedingly diverse Ed Richardson rounds things off on drums. In 2017, The Leo Richardson Quartet will be touring the UK in November-December, in support of their debut album, The Chase, on Ubuntu Music.

I was searching for some music back in January 2017 on YouTube when I came across a video post by a Jazz muso associate Colin Brown. The video was JCLM Quartet at Jazz Refreshed playing a track called Rumples. I was impressed with the band's performance and in particular Leo Richardson. His jazz style was edgy, confident yet full of passion.

By chance I was at Ronnie Scotts, London in the early part of the year to see Dr Lonnie Smith Trio for the Evolution tour. The Leo Richardson Quartet blew my mind. There was some serious hard-bop being delivered to a passionate audience.

I contacted Leo the following day and as promised his Record Label, Ubuntu Music, contacted me.

Here we are 8 months later, leading up to the inaugural album launch The Chase. It's 12 PM and Leo had just got back from Lebanon and was scheduled to play a gig in Clapham, then Fulham today.

The passionate jazz saxophonist finds time to speak to Kind of Jazz.

1. So what about your signature sax? Do you settle on one brand? What's the deal with that?

I've got a Selma Mark VI. It's a 1969 one. I got that during my Gap year before going to music college. I put out a couple of feelers out to see if anyone knew if anyone was selling them. Someone got in touch and said go check out this guy and he lived around the corner from me. I went over to his place and he had dozens of horns in his loft. At the time I couldn't afford a Mark VI, they're so expensive and he brought this one out and it looked amazing. The lacquer had come off. It had a really tarnished sort of look and I played one note on it and then instantly knew ‘arghhh-no'...this is the one!

2. What was the inspiration for the album?

A very good question. So yes, it's very hard-bop and defiantly in the style of. When writing the music, I had a really long hard think about it, as I hadn't really done much writing before. The guy that produced the album, who runs Ubuntu Music with Martin called Quentin Collins, gave me the confidence to give the writing thing a go because I had been quite nervous about it. I thought, are people going to like it? What shall I write? Shall I write things that people will like.... that kinda thing. And I thought long and hard about it, and thought I'm going to write stuff that I really love, and hopefully people will really like it. I'm massively influenced by the late 50s early 60s, the hard-bop, modal jazz and thought...I'm going to write in that style and try and write some tunes with some memorable melodies, with catchy lines you can hold on to. I think a good tune should be able to sing it back, after hearing it. 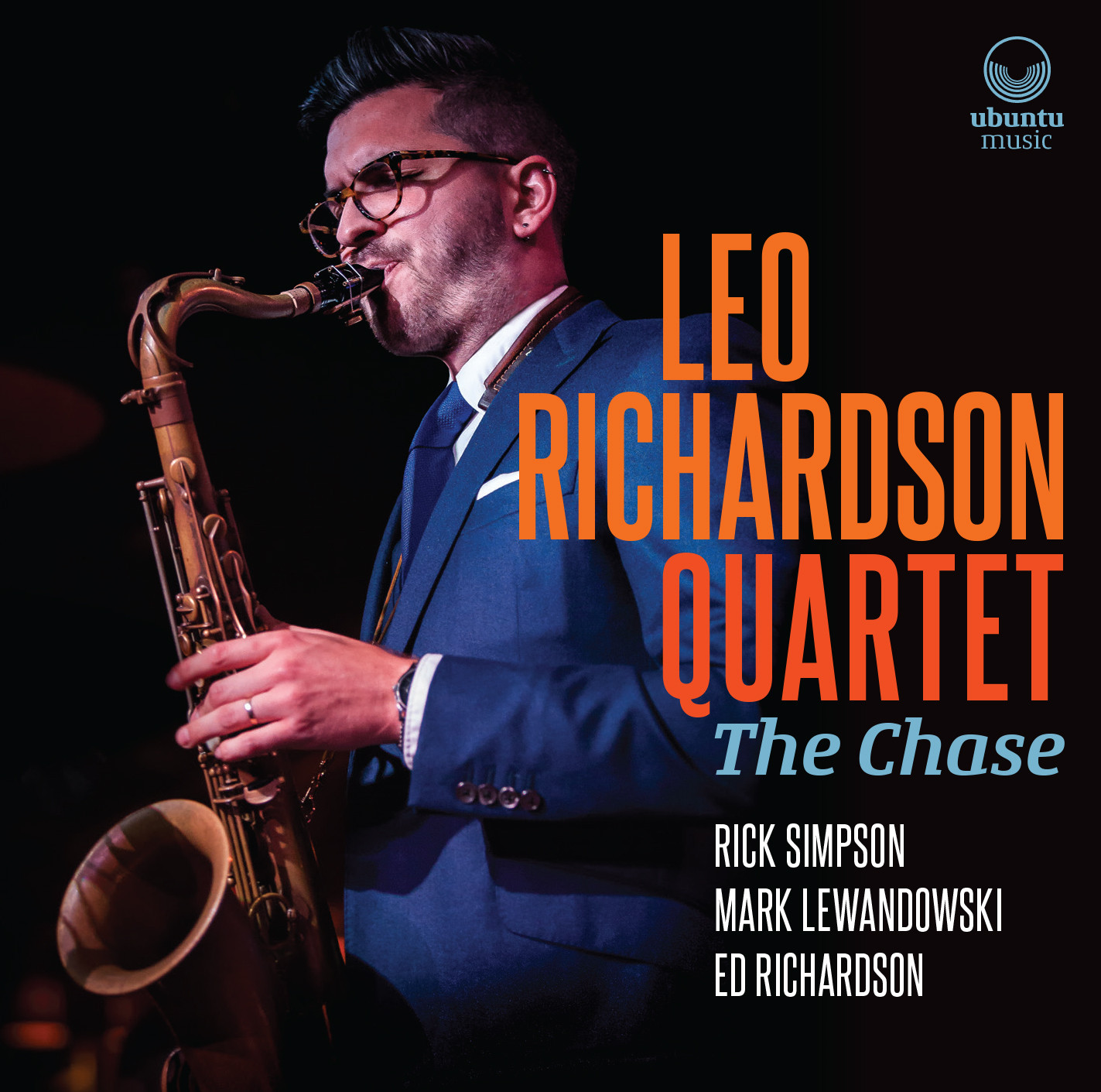 Sometimes you hear that music that is incredible and its complicated and the band are delving into new territory. But sometimes it can be challenging to listen to. I wasn't trying to create anything innovating or necessarily brand new, I wanted to recapture that sound that I love and hopefully a bit of a contemporary edge like you said. The guys in the band, obviously are going to bring their own edge to it.

4. You know who you reminded me of when I heard your album, was Sahib Shihab. It's a very confident album. The tracks have varied and unusual names. Where did they come from?

The first track on the album Blues for Joe is for Joe Henderson who is one of my top five tenor saxophonists. For more than one reason. His playing, I could listen to him all day. His compositions are just wicked. That ( track I used one of his chord sequences as a bit of a starting block and changed it round, so it's dedicated to him. Demon E that's an interesting one (laughs). My wife as a child was always called Demon E by her parents (lots of laughter). Her name is Elizabeth and she used to play football as a kid. Running around she was a demon on the pitch, so that's where that came from and it's dedicated to her.

Mr Skid, yeah (laughs). So, one of the special guest on the album is Alan Skidmore a British jazz legend who I've known for years. He's been a massive inspiration to me. He introduced me to some music that I really did not really know much about. He's a massive Coltrane fan and that's his bag. He introduced me to some of the later 'Trane stuff. I went for weekly plays with him and my Dad and a drummer. We used to blast through a load of Coltrane stuff like - Transition, Ascension, Sun Ship and stuff like that... When writing the tunes, I called him up and said "Look man, would you be able to play on the album? "And he said yeah of course. Just make sure there's not too many chords, I'm too old for that shit (laughs.... lots of laughing). The tune came out as Mr Skid. It's defiantly a Coltrane influence thing. I had Mr PC in mind. It was either that or Skid Marks. His Dad has an album that came out a long time ago called Skid Marks, so we didn't do that. So that's Mr Skid.

6. So what about practice when you're travelling. Is it hard to practice? What happens there?

Of course I still practice. You have to practice, but obviously life gets in the way and I can't practice as much as when I was at music college. You gotta do your bit. You gotta try and learn new tunes, you're always trying to write new music. There's always so much stuff to do.  You're always trying to better yourself and take it to the next level. That's the thing about jazz. You don't just get to level 100 then you stop for whatever. It's always a constant learning process you’re always trying to develop. That's what draws me to it. It's very interesting getting to play with new people. Being challenged and stretched. It's amazing. It's really exciting. If you ever do the travelling you're not going to get much time…. It's a hotel room or whatever.

7. Talking about exposure to new people, seeing your gigs and scheduled tours leading up to early next year. You are playing with everybody and anybody in the Jazz world that we know of. How did you develop these relationships?

I'm not sure. The London music community is quite big, but it's quite small in some respects. You meet people all the time. People know about you and your number gets passed on and a lot of the time, I think with some of the gigs you end up being in the right place at the right time. It's always a pleasure to play with so many incredible musicians. It's really inspiring. It's such a vibrant scene in London. 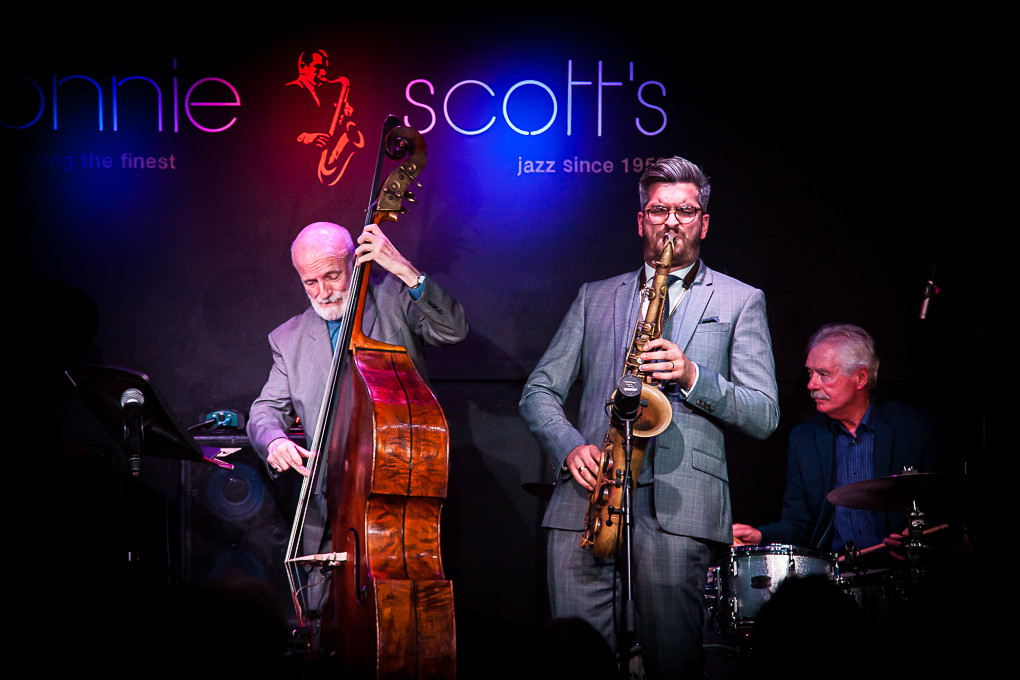 8. What does the future hold for yourself?

Wow! That's an interesting question. I guess at the moment I want to keep going on the same trajectory because everything has been pretty great. I've had loads of great experiences and opportunities to play with really inspiring people and I just want to really continue doing that. With the band as well. Get it to new levels across the county. I'd like to do some gigs in Europe and try and branch out a bit more, chance to play in new places and meet new people.

9. How do you balance your music with current obligations?

Good question. I have a very supportive wife, who understands the whole game. She's great and comes to my gigs. Again, I've got equally supportive parents. Sometimes it can be hard, especially when you get a long stretch of gigs. I'm often not at home at night that can be a bit of a stress sometimes.

Yeah. Wednesday 11th October at the Spice of Life. And I'm really looking forward to it and it's sold out a couple of weeks ago. I'm just knocked out to have that response. I never even dreamt that would happen so quickly and I am really humbled by that. It's going to be a great night and I'm looking forward to it. The band are incredible and we have got a couple of special guest - Quintin Collins, and also filling in for Alan Skidmore will be Julian Siegel. These are two (sax) tenors that I'm really excited about and he is one of my teachers at Trinity He's an astonishing player. So, I am looking forward to getting my backside err… kicked.

Kind of Jazz would like to thank the team at Ubuntu Music for arranging the interview.

You can listen to tracks from Leo's album here