Rate this item
(2 votes)
Sarah Elizabeth Charles is a jazz and soul vocalist, now residing in New York. She is known for her incredible vocal dynamics and socially conscious lyrics. Sarah has just released her new album, Free of Form, on the Ropadope label featuring her band Scope and co-producer Christian Scott aTunde Adjuah.

I didn’t grow up listening to jazz, I grew up listening to the radio as a child of the 90s. I grew up listening to Michael Jackson and the Neo Soul Movement, Erica Badu, Nirvana. A lot of different styles of music that were becoming popular at the time I was a kid. I first heard the notes coming out of Sarah Vaughan, because she was my idol. I joined a jazz ensemble and within a couple of weeks the Director ask me do you want to be a singer or do you want to be a musician? I started taking music lessons at the age of 11, specifically the piano and singing in a choir in Springfield, Massachusetts, where I grew up. When I heard Ella Fitzgerald sing it basted me into another realm of admiration.

2. Do you still play an instrument?

I compose with a piano as my primary instrument when it’s for the band and obviously my voice.

3. Where did you study music?

The first formalised education was to learn with the community music school in Springfield, Massachusetts. I studied there from age 5 until age 18 and I also sung in church. It fused what my sound is today. In the music school I was studying jazz and classical techniques, and in church we sung folk music. It was a catholic church. I think my voice today reflects that.

4. Who are your biggest influences in music?

At this point I’m listening to Bjork. I am also listening to Mercedes Silver. I always been a fan of Robert Glasper. I really love Emily King. I’ve also been listening to Nina Simone. 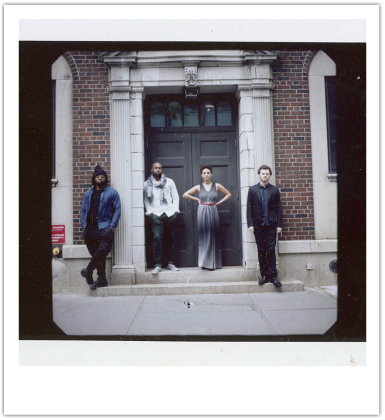 5. You have worked with Christian Scott on a number of tracks across a number of albums. How did that collaboration come about?

My first two records were on the label Truth Revolution Records and that label is run by Zaccai and Luques Curtis. They know Christian, and they’re like family. Around 2012 to 2013 they created my first record RED and Chris dug it. He really wanted to connect. He reached out and we had a conversation. I was really flattered that he took the time to check it out. He said 'let’s work together one day'. But you never know if anyone of that calibre …because Chris was extremely busy at that point. I took it with a pinch of salt and said maybe one day. At that point in time I was writing records and I quickly realised I produced RED by myself. It was a lot of running back between the control room. There’s a lot going on in your mind. For my next session I knew I wanted to have somebody to produce. I was thinking who could that be, then I remembered the conversation with Christian. I sat on it for a little while and though he would be the right person to produce this record. I picked up the phone. I was pacing up and down and then I asked him “Mr Scott will you consider producing my next record?” He said no, and that was a crazy moment. I was just silent on the phone. I didn’t know what to say and beside myself. He said no! I’ll co-produce your next record. I was still quiet and confused. He continued, you’re already writing your own stuff, producing your own music and you know what you want. You need to produce it as well. He was very adamant about a collaborative relationship from the get-go. It was a really cool moment for me. He saw something in me that I hadn’t quite seen in myself yet. That relation of collaboration started with the phone call.

6. How did you get involved with Scope, the band is featured on the album Free Of Form?

I moved to New York about 10 years ago and knew I wanted to find a band, but also knew I wanted to have the field to write what was in my head a little bit more. I kind of really stayed quite for a year and a half or so, whilst I was acquiring some knowledge. I was playing a lot of duo-gigs with Jesse Elder, the pianist in the band, a couple of regular gigs each week. Between my experience with John and Etienne which was separate, I called many artist and created gigs under my own name the’ Sarah Elizabeth Charles Quartet’. We got regular gigs which solidified the commitment. The band’s name wasn’t always Scope. That’s a recent name change. I wanted to start something with Free of Form that I could build within the context of my music. To me, I have really big dreams of what Scope will grow into one day. Except that we have now added a guitarist to the band. We have been going strong now for 7 years and had not added a member or subtracted a member. Recently I played with a guitarist called Jordan Peters that I met through Jesse Fischer. Jesse is a wonderful composer who I collaborate with as well. After a few hits with him I was compelled to officially ask him to join the band.

7. Choosing a title for an album is always challenging. Can you tell the readers what Free of Form represents?

Free of form represents a lot. It was one of the first songs I wrote for the album. Free of Form was inspired specifically by a workshop I do at Carnegie Hall for teenagers. It’s a song writing workshop. I had seen a lot, when the workshop started about 3 years ago, specifically with reference to fearlessness. I studied sociology and I am always curious about the world and human interactions. Free of Form is me turning outwards and seeing the world and writing about it in a candid way. There are some metaphors and imagery. I say what I mean. It was very clear and concise and honest. Right now, my writing is taking on a whole new form that feels a little more scholeric. I’m commenting on mass incarcerations in the United States, race relations globally and violence, and wars, specifically the role of new world media and how that has played a part in how we view ourselves; too much in my opinion. The double meaning the record has taken on after I decided to call it that. I still call it a jazz-soul album. I would like it to be permeable.

8. Which song on the album best represents you?

Wow! No one has asked me that. One that I feel most honestly about is the very last track, The Struggle. It’s the only truly improvised track with lyrics that is on the album, The Struggle is actually an iPhone recording. It spoke volumes about how I was feeling that day. The lyrics just came out. There is a harmonic shift that makes it sound hopeful and gives it a different colour. We were working with John Davies at the Bunker Studio in Brooklyn and I gave it to him as I was going to re-record it. He said nope! We can’t recreate that. John said let me see what I can do with that iPhone recording and he brought it out. There was no re-writing. There was no editing. It is just what it was, and will exist for what it was, for ever. 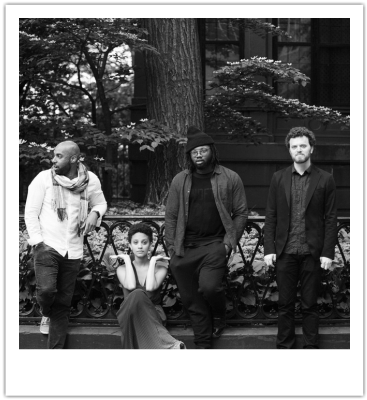 9. What is the most challenging aspect of composing and producing music and does technology influence you?

Technology absolutely influences me. I have my effects box that I am using now. The looper in my compositional process is really invaluable to me. There is a lot more we’re trying to utilise, specifically in a live setting. I recorded with the TC Helicon so I was able to project my voice in a way that I wanted as opposed to going over and re-doing in post-production. That was also John Davies the Engineer the genius, because we recorded two different tracks. One with the TC Helicon and one with my voice clean. We ended up using it.   Moving forward I’m not sure if my next project will be a continuation of where we are at now. It may be a totally different thing. Who knows.

10. Tell the readers two things about Sarah Elizabeth Charles that may surprise them.

I used to play soccer and was a soccer referee. The playing soccer doesn’t usually take people by surprise but the referee does. My father and my brothers did as well so it was in the family. The second thing, my favourite show of all time is the West Wing.