Rate this item
(6 votes)
Stacey Kent is a Grammy nominated, platinum-selling American jazz singer and recording artist. Kent was born in South Orange, New Jersey and attended Newark Academy in Livingston, New Jersey. She graduated from Sarah Lawrence College. She travelled to England after graduation to study music at Guildhall School of Music and Drama in London, where she met saxophonist Jim Tomlinson, whom she married in 1991. In 2017, Stacey recorded her twelfth solo album - and second for Sony - I Know I Dream: The Orchestral Sessions. It is her first album with orchestra, comprising 58 musicians, arrangements by Tommy Laurence, covering music from The Great American Songbook, French Chansons, songs from Edu Lobo and Antonio Carlos Jobim from Brazil, and further original songs from Jim Tomlinson with songwriting partners Kazuo Ishiguro and Cliff Goldmacher.

1. When we think of jazz musicians doing an an album with strings, we tend to think of them performing standards – but this is very much a Stacey Kent album. Was that always the plan?

Absolutely, you’re right. There are a few things to say here. First, I knew I would make this album at some point. It was always on the cards, but you have to be very patient – you make records, you tour, and wait for the right moment to come along. For years I’ve been gathering thoughts on things that I heard orchestrated; you know, to make an orchestral album, with 58 musicians, is such a visual experience, an almost cinematic experience. I find the act of singing very visual anyway; it sort of transports me. It’s hard to describe to you, but I find the stories very visual. I felt like I was selecting songs along the way that felt like that. For example, To Say Goodbye, is a song I’ve known for a long time, and kept back on purpose – I’ve been saving it for this album. The same for Avec Le Temps, which I’ve known all my life – my grandfather, who grew up in France, taught me that. I get so emotional over that song, it makes me cry when Léo (Ferré) sings it, and I knew when we recorded an orchestral album, it would be there. And then I signed with Sony two years ago, made Tenderly (2015) for them, an album of standards. And it was at that point Sony suggested an orchestral album – and when a major label makes that offer, it’s a real honour, especially these days, now that record sales are not what they used to be. We had a meeting, and I asked them what they wanted me to do. I had some ideas, but I wanted to hear their ideas. And they said, we just want you to make a Stacey Kent record. The only parameters they set were that it be roughly half originals, and half from the classic repertoire. I said, ‘That’s easy, that’s exactly what I want to do!’

I was very lucky to be given such a free rein.

2. The arrangements are very elegant; who was responsible for them?

Jim Tomlinson, my husband, producer and saxophonist, wrote three of them, and the others come from Tommy Laurence, who’s a really Johnny Mandel protégé. That was the longest time we spent on the record, and it’s hugely important part of the album. With an orchestral album, the danger is you can do too much, with so many instruments at your fingertips, so many mixtures of sounds. It’s important to get that right, and have it fit with the sensibilities of the songs, which are central to my world, and to this voice. So we talked a lot about this construction, and because I’m a singer that loves space, that was important – the space gives you the reflection time in the story. If it’s too jam packed, and goes along too quickly, there’s not enough space for me as storyteller or the listener to reflect. I love the space, I love the minimalism, I love the intimacy, that’s the type of singer I am.

3. Did you refer to other orchestral jazz records when making the album?

We referred a lot to other great, successful records. There are a lot of orchestral records, of course, that match the personality of the singer. João Gilberto on Amoroso (1976) is a great example; you can hear João alone on the stage with his guitar, and he’s João Gilerto, through and through, and you hear him with full orchestra, and he’s still João Gilberto. They are shaped around the concept of this voice, and this sensibility. That was really important to me, and Tommy really got that. We tossed back ideas all the time; this line here, that line there, and then when it was time to go into the studio, it was easy. The whole studio was so full of love. 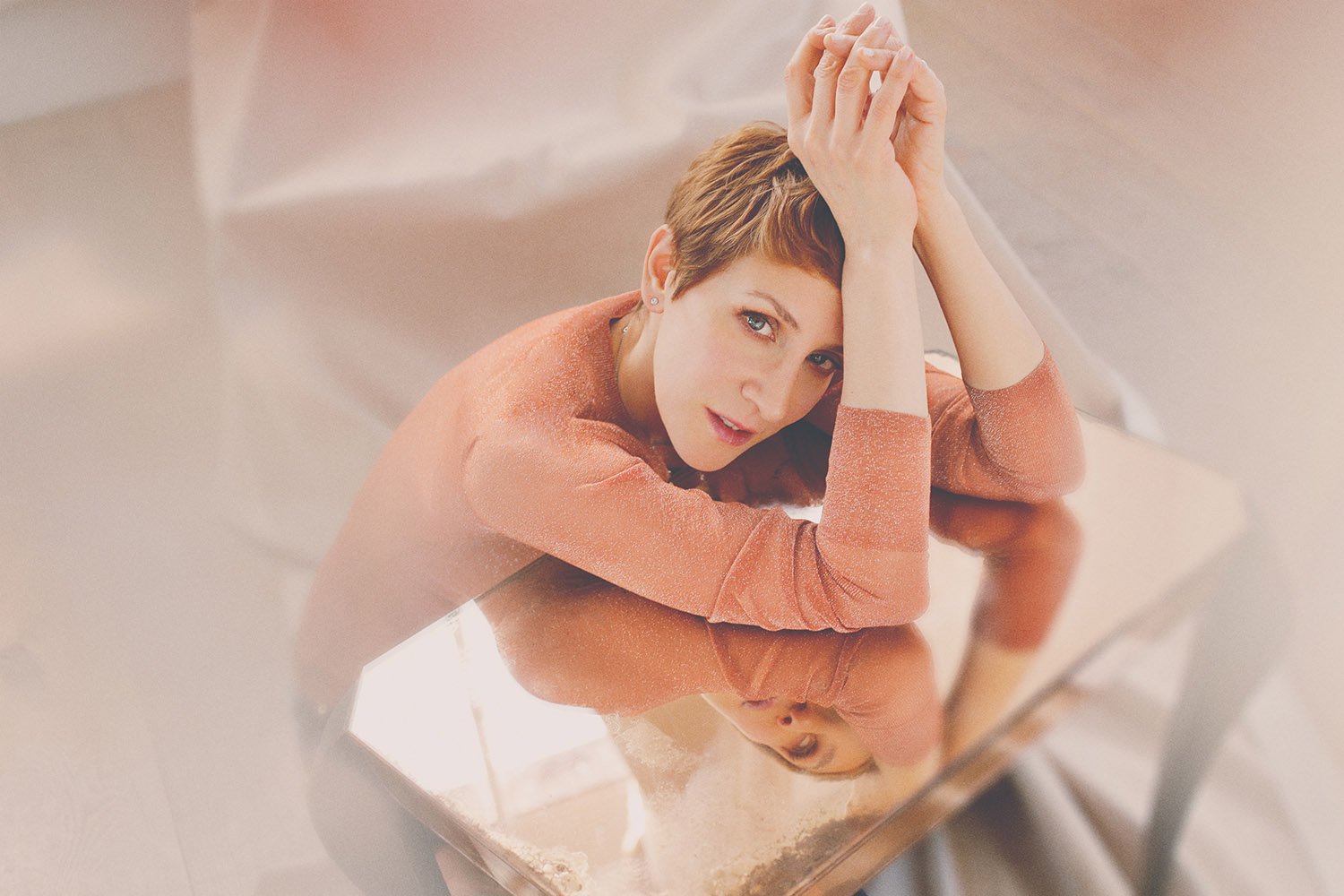 4. Which artists influenced you in the effective use of space?

Well, João is the root reference, but there are others. We all hear it differently, and feel it differently, so that isn’t to say it’s the right way, but it’s definitely my way. And what makes a successful orchestral album is matching that sense of space with the music around them. That was the number one challenge, but also the most exhilarating thing about making this album. To be surrounded by so many wonderful musicians and still feel all that air – is really quite a sensation.

5. You’ve recorded one French album, and have another three French songs on this album. What inspired you to explore the French songbook?

I’m glad you asked! I think this is something a lot of people might not know, or think happened at some point in my career. I’ve seen people write that ‘she is successful in France, so she has chosen to sing some songs in French’. But I grew up with a French grandfather. My grandfather emigrated to the United States, and I came many years later. When I was born, my grandfather was always yearning to go back to France. He was born in Russia, but his family moved to France when he was very young, so he had no real connection to Russia. When he got to America, he was already an adult, and considered himself a Frenchman. He fell in love in America, and started a family, but he always regretted that he left.And that was a focal point in my youth. I loved my grandfather, and he loved me, and we had an incredibly powerful connection. We we very close, very alike, and yet there were sixty years between us. He taught me to speak French as a little girl, and once he taught me to speak, that was the only language we ever spoke in the house. So we had our own little world. He was a great poetry lover. He would teach me these Baudelaire poems. I had very good ears, and I would be able to recite them back. An important part of the story is this; my grandfather was a sad man. He flet displaced, and yet when we had our little world going he changed, and he was illuminated – I could see this light in his face. I wouyld learn all the more to try and please him, to make him happy. That’s why I sing so much in French – it’s very personal.

6. How did the song Bullet Train come about?

They all came about at different times. Bullet Train we always knew was going to be on this album. We were talking to (Kazuo) Ishiguro about concepts for the album, and he and Jim were telling me their ideas and I loved it, and was immediately transported. Ishiguro wrote the lyric first, and Jim wrote the composition from that, but always with the orchestration in mind. So that was an interesting construction.

7. Why did you choose to revisit two songs from The Changing Lights, which was quite a recent album?

The timeline had nothing to do with it, really. We had no idea we were going to make an orchestral album when we made that record in 2013. Jim co-wrote Mais Uma Vez with António Ladeira, and The Changing Lights, with Ishiguro. When we recorded them, I wrote them down on my list of songs for an orchestral album – they were so visual, so cinematic, in my head, so full of detail, that I would want to re-record them. 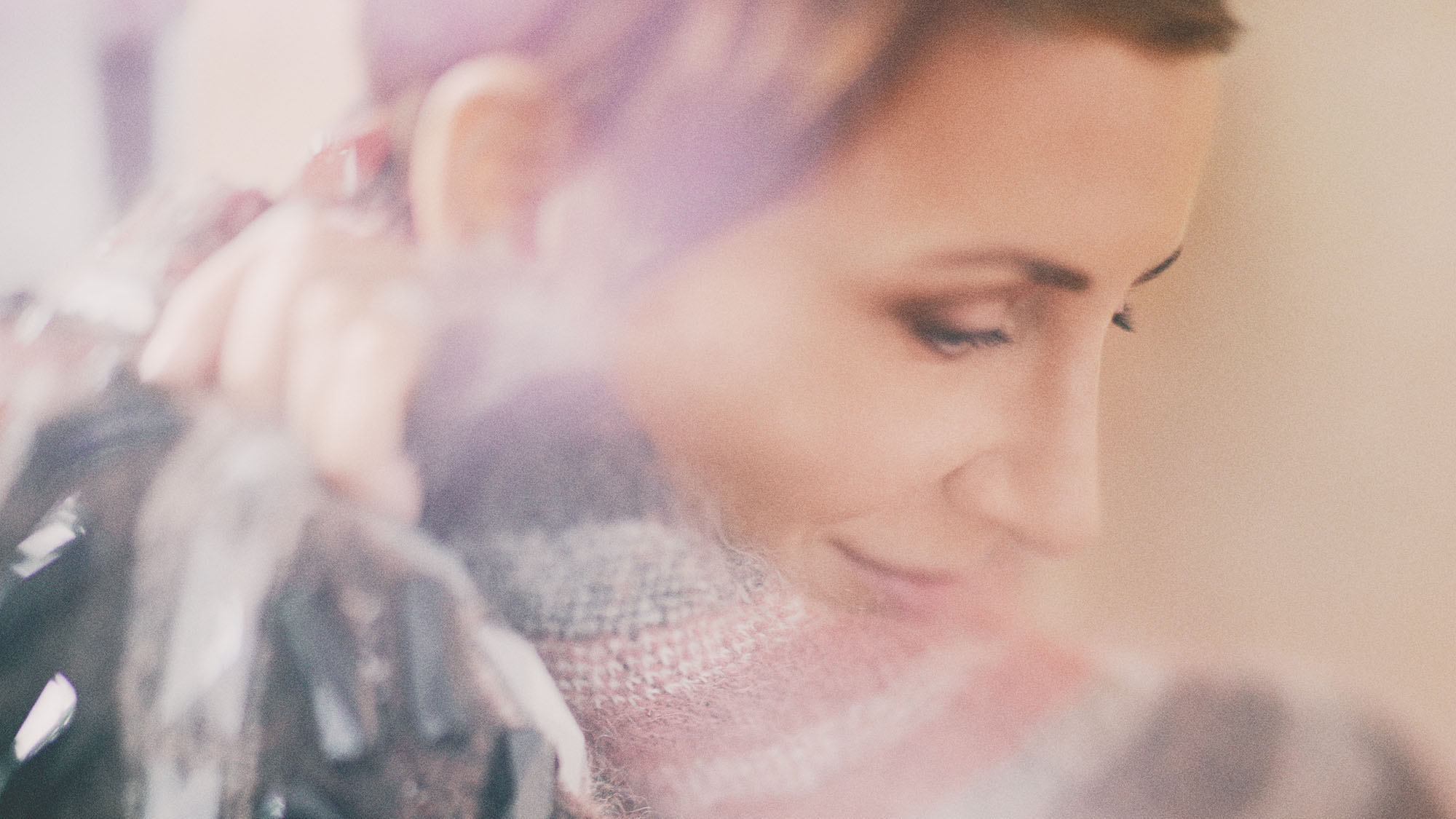 8. How did the writing relationship with Kazuo Ishiguro come about?

Ishiguro played one of my songs on Desert Island Discs many years ago (2002). I’d been on the show before as a choice, but never by somebody I was such a big fan of; I was a huge Ishiguro fan! I was on the floor when I found out he was a fan! I got in touch with the BBC and sent him a letter. Long story short, we became friends. I asked him to write the liner notes of an album I made in 2002 called In Love Again. We talked about music a lot during the early days of our friendship, and I felt so completely understood. Some time after that, we were having lunch, and Jim just threw it out, saying, ‘we should write a song for Stacey’. The social lunch turned into a kind of working lunch, discussing what kind of language we would use. We had no plans – we didn’t know we were making Breakfast On The Morning Tram (2007) yet. But Ishiguro went into this incredibly realistic, potent dialogue, about what the protagonists might say. He really gets inside his characters. It became so joyous, so exhilarating. We decided that the lyric should come first. I felt a little locked in by the formula of Great American Songbook; as such a storyteller, and lover of words, I felt a little tied up. One of the things I was looking to achieve with their writing was to have a through conversation – a passage of time. We could have a solo not after 32 bars, but where the solo wanted to come in, as a moment for reflection. He wrote the lyrics to The Ice Hotel and Breakfast On The Morning Tram. I would read them aloud to Jim, and through my scansion, he kind of heard the melody. And that’s why 2007 was such an important turning point for me…the songs are like a lifetime in a story.

9. You've have an amazing career - working in Brazil, writing with Ishiguro, recording with an orchestra. What ambitions do you have left to achieve?

My wish list has more to do with my musicianship. It’s been twenty years since we put out Close Your Eyes, my first album. I’m a better singer than I was twenty years ago, and ten years ago, and five years ago – and in five and ten years, I hope to be a way better singer again. I’ve sung and played with my heroes, and done some very cool things, we’ve played in over fifty countries - but they don’t fuel me.  I want to work on my singing and guitar playing, that is my nourishment. I need to stay excited, and I’m more excited now than ever before.

10. Tell KoJ readers two things about you that might surprise people...