I was lucky enough to witness not one, but two KoJ favourites on one evening - London-based Italian pianist, Marco Marconi, and visiting Queens-based bass player, Mark Wade. The two musicians were introduced by a fellow jazz journalist, and this was their second tour together. Hopefully it won't be too long before they record an album, too.

The evening was very much a study in contrasts - Marconi's fast, fluid playing juxtaposed with Wade's lovely, warm tone and considered approach. And yet it worked well, the two musicians - together with drummer Emiliano Caroselli - working seamlessly as one.

The evening started with the pianist's arrangement of You And The Night And The Music, from his fantastic new album, New Roads. Marconi puts his own spin on the tune. He took the first solo, before handing over to the bass player, which saw Caroselli switch back to brushes. The pianist loved what he heard, yelling his support, a big grin on his face. F.M.P.O.V. is a Marconi original, and has a classic hard bop feel. The tune gets off to a furious start, the drummer working hard to keep pace, before the pianist delivered a blistering solo, brimming with ideas. Not to be outdone, Wade responded with an elegant solo of his own, allowing Caroselli the chance to catch his breath. 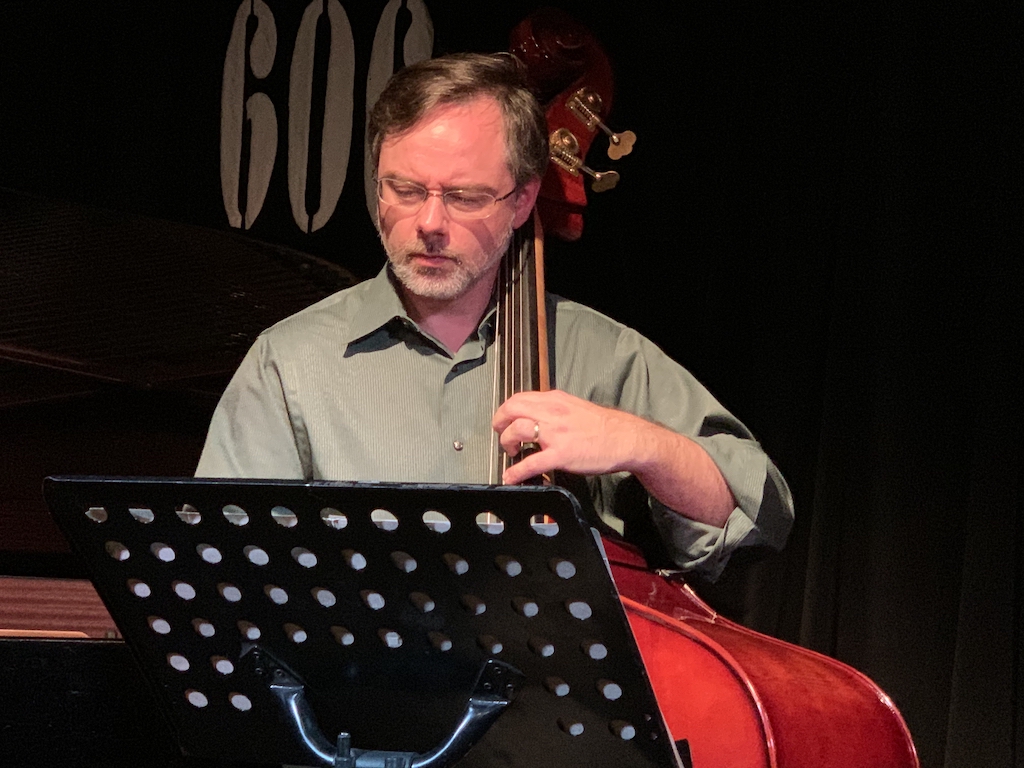 Mark Wade jokingly introduced his own composition, The Doctor Is In, as having considerably less notes! The tune is a gently swinging waltz, a tribute to the classic Vince Guaraldi Charlie Brown compositions from the mid-1960s. Close your eyes, and you could see the old cartoons. Lovely stuff, with some fine interaction between Marconi and Wade.

Mark Wade enjoys reinterpreting and reimagining classical music, and Cakewalk is a spin on Debussy's Children's Corner suite. The classically-trained Marconi plays the introduction straight, to applause from the crowd, before the band come in. Marconi again impresses with his solo, before Wade takes over, and we get the chance to hear that gorgeous tone. Caroselli listens carefully, injecting ideas of his own, never getting in the way. The chemistry is superb.

The first set ends with a breathless run through Charlie Parker's Ornithology, which again appears on Marconi's new album, before a swinging version of Impressions, Marconi hunched over his piano, Tyner-style, lost in the music. There's time for a powerful solo by Caroselli before the Trio takes a well-earned break. 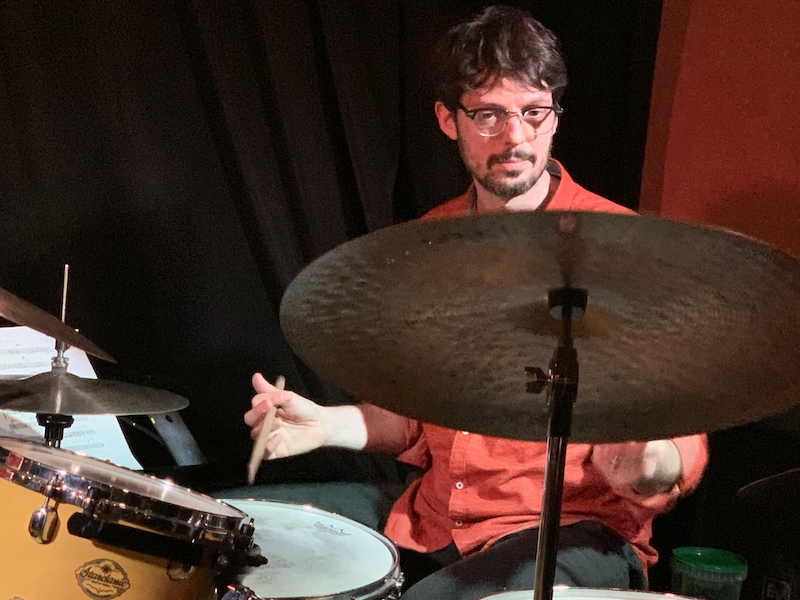 The second set started with Nostalgia, a tune written by the pianist when he first moved to the UK. It's played as a duo, which gives us the chance to hear Mark Wade on bowed bass. One of the highlights of the evening, for sure. I Love You Both was written for Marconi's wife and daughter. It's a swinging waltz, and again reveals Marconi as a fine composer in his own right. The knotty Well You Needn't Follows, which which perfectly illustrates the band's chemistry, as they negotiate Monk's tricky changes.

It was well-balanced set - a fine mix of the two leaders' own compositions, together with some superb covers, some of which had been re-arranged by the pianist. The interaction between the piano and bass was a joy to behold, and hopefully it won't be long before they embark on a project of their own.