Editor
Author of Funny Valentine, an acclaimed new biography of the jazz trumpet player and singer, Chet Baker.
Sunday, 01 May 2016 00:03

Rate this item
(6 votes)
Kenny Barron is an American jazz pianist. Known for his lyrical style of playing, Barron has appeared on hundreds of recordings as both leader and sideman and is consequently considered one of the most important and influential mainstream jazz pianists since the bebop era. His most recent solo recording, Book Of Intuition, was released on Impulse! in 2016.

1. You played with Dizzy Gillespie at a young age; what lessons did you learn from him?

Oh, wow, many lessons. Probably one of the biggest things was how to save yourself. In other words, you don’t have to play everything you know at any one moment, you know? Keep some stuff in reserve. Leave some space. That’s one of the important lessons I learned. And also how to present yourself to people, to the public. It sounds jive, but it’s an important thing. Deportment, how to carry yourself, because it’s important to conduct yourself with a certain amount of dignity. I come from a generation where, as a musician, you had to look sharp. At some point it changed, and musicians started to wear jeans – and I was guilty of that myself. At one point I was in Detroit with Yusef (Lateef), and the bass player – Bob Cunningham – his mother came to the show. And we all had on jeans and t-shirts. And his mother said, “I’m spending money, and I don’t want to see someone who looks like they came out of the Ford foundry.” And I understood that.

2. Any other musical lessons?

Dizzy was very generous. He knew a lot about rhythms, for instance, and he could tell the drummer, Rudy Collins, where to hit the cymbal, what to do with each limb – and he knew. He knew Brazilian rhythms, the names of them, where they came from. And Dizzy was also a fairly good piano player, so he knew a lot about chords and voicings, and would make various suggestions. I remember some nights, if the club was crowded, he would chase me away from the piano in the last set! And he would play a couple of tunes on piano, and he knew what he was doing. Many of the musical lessons I learned through osmosis, listening to him play night after night, and being around a person. 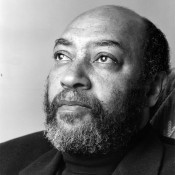 3. On your website, you credit Yusef Lateef with teaching you a lot about improvisation. Can you elaborate on that?

Again with Yusef, it was mostly through osmosis, and watching the way he used different instruments to create various sounds. For example, he would ask me to put my foot on the sustain pedal, and he would play notes into the soundboard. And it would ring, and produce a very interesting sound. That isn’t something I would have thought of. And he would use unusual things, like coke bottles, to produce a sound. He was very creative that way. It took me a long time to not be afraid to try things.

4. You played with Stan Getz for many years. What is your favourite Getz story?

When I worked with him, it was kind of uneventful. He had stopped using drugs and stopped drinking. But one very nice thing he did, something I’ll never forget – we were on tour in Europe, and my mother-in-law, who was living with us, got very ill. She was dying. So my wife called me, and said, “I think you should come home.” So I told Stan, and flew back next day, and had the chance to see her before she died. While I was back home, I got a call from the road manager, who told me, “Stan said why don’t you bring your wife back to Europe with you, he’ll pay for the ticket.” It was her first time to Europe, too, and we flew into Nice. That was a nice gesture, the highlight for me.

5. You made a fabulous record with Dave Holland, The Art Of Conversation, back in 2014. On the face of it, it seemed an unlikely pairing. What made it such a successful partnership?

That wasn’t the first time I’d played with Dave. Dave plays all kinds of music – straight-ahead, avant-garde. The first time we played together was on one of my records, a trio record (Scratch, Enja Records, 1985). The drummer was Daniel Humair. It was the first time I’d met either of them. I brought in some sketches, some lead sheets, and the record went on to win a prize in France. Over the years we’ve played on a lot of records together for different people, and ran into each other on tour. We kept saying we should make a record together. Finally it came about, I think it was Dave’s idea, to book some concerts in Europe. One of the concerts that was booked was at a church in Paris, a very beautiful church. The producer Jean-Philippe Allard was there, and he said he really wanted to record us as a duo.

6. Night In The City, with Charlie Haden, is another favourite recording of mine. What is your best memory of Charlie?

Charlie was kind of quiet, but playing with him I loved. He wasn’t very outgoing, but neither am I. He had his proclivities – he had a thing about hotels. It had to be the best hotel, and he would go to the ends of the earth to make sure it was the best!  I remember we were playing in Naples, and staying at a five-star hotel called the Vesuvio. There was another five-star hotel across the street, and Charlie happened to ask someone which one was best. The gentlerman gave his opinion, and suggested the other hotel was better, so Charlie checked out! But that was one of his things – hotels – ask anyone that knew him!

7. Tell me about your current trio. What do Kiyoshi Kitagawa and Johnathan Blake bring to the table?

Johnathan is younger – he’s in his thirties – and I met him when he was very young; I used to play with his father. His father was a jazz violinist, John Blake. I needed a drummer because the drummer I had been using, Ben Riley, was sick. I happened to go with my wife to a club in New Jersey to see (guitarist) Russell Malone play, and Johnathan was playing with him. At the end of the gig, my wife said, “That’s the guy you should hire, Johnathan.” That’s why I hired him, and we’ve played together ever since – when I can get him!

I met Kiyoshi fifteen years ago through Ben Riley. He’d played with him on a recording, and suggested I check him out. We’ve been together ever since.

What they bring to the table is a lot of imagination. Johnathan has this excitement, this fire, that I love. For an old guy like me, that’s great! He pushes me, doesn’t make it safe. He kicks my butt, which I love! 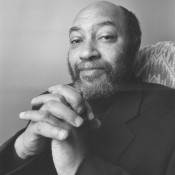 8. I read that you recorded around twenty songs when making the new album, Book Of Intuition. Can we expect a second volume?

I don’t know, we’re talking about it. I have a three-record deal. I think the next album will be a quintet album, as I have a quintet I use when I play at the Village Vanguard. Actually, there are two quintets. One features a saxophinst called Dayna Stephens and a trumpet played called Mike Rodriguez, and there’s another quintet featuring Stefon Harris on vibes and a phenomenal young flautist, Elena Pinderhughes. So that’s what I hope to do next. I do more writing when I work with the quintet, that with the trio.

9. At this stage in your career, what ambitions do you have left to fulfil?

I played with most of the people I wanted to play with. I always wanted to play with Miles, pre-electronics, but that’s not gonna happen! I always wanted to work with Sonny Rollins, but I don’t think that’s going to happen, as he’s not in the best of health now. Plus, for a long time, he hasn’t been using piano. Although during the late 1970s he did call me – twice – to work with him. I was working with Freddie Hubbard at that time, and each time, I wasn’t able to do it. So I kind of curse myself now! I’d love Wayne Shorter, also, but he’s got his thing set. Something I’d like to do myself is an album with strings. I think every piano player wants to do that. I saw Chick Corea play a few years ago, and he wrote something for a group called the Harlem String Quartet, and that was great. It was very interactive. I’d like to try and do something like that. That would be interesting.

10. Tell us two things about Kenny Barron that might surprise people?

There’s not much to tell. There’s no sex, drugs ‘n’ rock and roll! I don’t know, people might be surprise to know that I believe in flying saucers! Or that I read a lot about the occult; it’s something I’ve always been interested in. Some people might also be surprised that I love to cook. I’m not a gourmet, but my granddaughter, for instance, she loves my spaghetti. I use sauce from a jar, but I add garlic, red wine, oregano, a pinch of sugar, some hot pepper flakes. She loves it, and I do too! That’s one thing I can say – I don’t need a woman to cook for me – I can cook for myself!