Editor
Author of Funny Valentine, an acclaimed new biography of the jazz trumpet player and singer, Chet Baker.
Saturday, 14 May 2016 13:53

Rate this item
(5 votes)
At the age of 21, Martin formed her own jazz quartet. In 1991, she was signed by the Scottish record label Linn Records, and her debut album, The Waiting Game, was released in 1992. The album was well reviewed and was selected by The Times as one of their 'Albums of the Year'.  Martin has since released 17 CDs with the label, collaborating with musical luminaries including Martin Taylor, John Martyn, Stephane Grappelli, Kenny Barron, Richard Rodney Bennett, Jim Mullen and Nigel Hitchcock on many of these recordings. In June 2011, Martin was appointed Officer of the Order of the British Empire (OBE) in the 2011 Birthday Honours for her services to jazz.

1. On your website it says your parents were jazz fans. What did you listen to when you were growing up?

My parents were big music fans – when I say jazz, I kind of romanticise it. They listened to Sinatra, Vic Damone, Tony Bennett, my mum was mad – mad – for Ella, Sarah Vaughan, Jack Jones, you name it. They loved singers, they loved songs, they were always bursting into song. They were very keen music lovers. I wasn’t really listening to it – I was listening to my stuff – The Rubettes, Showaddywaddy, all that malarkey. I was a 70’s kid. But I couldn’t escape from the music I heard at home, and that was that.

2. You have a new record out on May 25th with Ray Gelato - We've Got A World That Swings. What can you tell us about the album?

It was a chance for him and I to work together again. Ray Gelato gave me my first break, really. I used to go and see him play with the Chevalier Brothers and The Giants, of course, when I was in my late teens. I asked if I could sit in, and he said yes – which was very kind of him, because he didn’t know who I was. He took me under his wing, and I supported him at Ronnie Scott’s. We even shared a house together in Wimbledon, which was funny! We kind of drifted apart, but I bumped into him again in Soho a couple of years ago, and agreed we should get the old act together! In a way it was just what we needed, because we’ve both been out there for quite a while. It’s not like it’s reinvention, but it’s something fresh to take to people. I’ve been doing an album with four cellists, which is quite intense, nothing like this. This isn’t just jump jive, but a swingin’ affair - with Dave  Newton and his Trio. It seems to be really popular. You’ve got two people up front who both want to entertain people, so it’s brilliant. It’s enormous fun – Dave Newton and his Trio swing very hard! The album comes out in a couple of weeks, and we’ll be playing a few festivals, including the Love Supreme Festival (in Glynde, Sussex), and some nice theatres up and down the country – not just jazz clubs.

3. On 26th May you play at the St. James Theatre as part of the Jazz Diva series. How does it feel to be a jazz diva?

That’s funny, isn’t it? It’s just me and my trio, with Gareth Williams on piano. I look at the other divas on that list, and I’m quite thrilled, actually. I’m on the same bill as Norma Winstone, so I feel good about that – she’s one of my absolute heroines. I don’t know what that means – diva – because I still have to go out and buy my own water when I get to some of these theatres! But it’s a lovely room, a lovely space. Last year I started working with a Swedish bass player and drummer, and we’ll fly them over. It should be really good – it’s slightly different to what I do with Ray, obviously – a bit more improvisation, longer solos, less well-known songs, for sure – I try and find a repertoire that’s not been done to death. 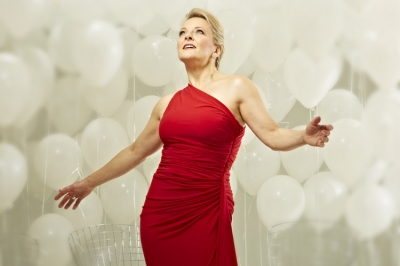 4. I’m a big fan of your album with Kenny Barron, Too Much In Love To Care. What was it like working with Kenny?

It was a massive honour. I was pretty tongue-tied most of the time. He’s quite a quiet man. He didn’t give a lot away when we rehearsed, so I didn’t know whether he was enjoying it. It was until the end he told me how much he had enjoyed my singing – I wish he’d said that at the beginning! It was a lesson – a joyful lesson, working with a master of this music. He’s so steeped in the tradition, it was effortless – he made it seem easy. We had two days in the studio, and by the lunchtime of day two, we had everything done. It was seamless.

5. You were in the producer’s chair earlier this year with your old friend, Ian Shaw. What was that like?

I enjoyed it very much. I know his singing inside out, and know him, so I hoped I helped to bring the best out of him. I found it really rewarding, and he took directions very well. There wasn’t much I had to say, so I tried to support him. I’ve done so much recording, and know what I want in a producer. I hope I was constructive, and gave him good steers. I thought it was fascinating. I don’t think I could do it all the time; it’s quite tiring, listening to all the takes. It’s so much easier, going in and singing, then going home. It was great. I’d love to do more, especially with people I know really well, where you can have a bit of a laugh. Or where you can say, ‘can you do that again, I don’t think that was very good’, and they don’t cry, or flounce out! He did really well with the album, and I’m very proud of him.

We don’t work together that often, but when we do, it’s amazing. He has become a dear friend. What a wonderful musician he is – a songwriter, storyteller, a terrific pianist, singer – obviously – and genuine good bloke. He’s going places, he really is. And he’s also moved 1.8 miles away from me, to Hove! I’d love to do more and more with Joe, I can’t get enough of him. 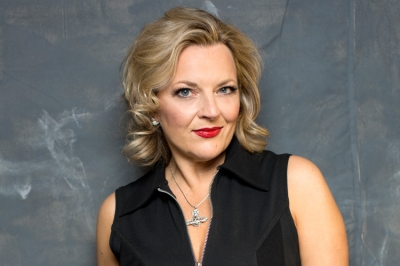 That’s a good question. I’ve only done that once before, and it was great. Alex Garnett is such a great raconteur, talking about the history of the club, and Ronnie’s involvement, and the people that came in and out of the club. I might talk about Mark Murphy, and sing a Mark Murphy song, and Betty Carter, and sing a Betty Carter song. So I will try to illustrate some of the singers who have performed at the club over the years, in some kind of chronological order. It’s like a live documentary about the club, which is great! It’s so absorbing when I sat on the side of the stage, watching, before I did my bit. There are slides going on, Alex’s stories are hilarious. Ronnie would be very proud, if he’s looking down.

8. You’ve made almost twenty albums over the years. What ambitions would you say you have left to fulfil?

I would love to do more with Kenny Barron. I’d love to do a duo album with him; I’m thinking about that already. Next year there will probably be a big hoo-ha about Ella’s centenary, so I’ll continue working on that. I’d like to work more in America, with some American musicians. I’d like to sing with Brad Mehldau, Pat Metheny, and Christian McBride I’d love to work with. There’s a lot of players out there that really, really excite me. My other ambition is that I’ve started a jazz festival down here on the south coast (of England), the South Coast Jazz Festival – next year will be its third year. I’d like to expand that. Next year we’re hoping to go from one venue to three, if our Arts Council funding gets approved. So that’s something that’s close to my heart. Apart from that – to keep going, get better, and sing with the best people I can! 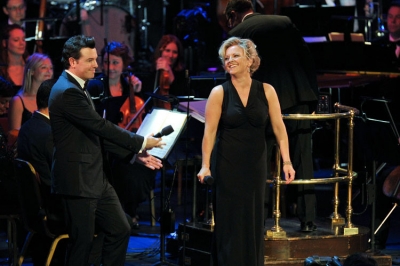 9. What are you thoughts on the state of the UK jazz scene?

I was at the Parliamentary Jazz Awards a few nights ago, and hanging out with so many musicians who are brilliant, thinking what a rich scene we’ve got. I have to admit, I’m out of touch with some of the younger players coming through – I’m down here in Brighton, a busy Mum! So I think it’s in good shape in so far as the players are terrific. I think we need more venues to play, and more money for musicians. The Musicians’ Union might help us force venues to pay us a minimum that isn’t such a lower amount – I’ve been listening to people who tell me they get paid forty of fifty quid ($55-65) a night. That’s just not right for a professional musician who’s spent twenty or thirty years at their craft. I don’t know how we go about changing this. Do we get the Union to raise the fees, or get musicians to refuse to play at venues which pay below a decent amount? People will be very surprised how little jazz musicians earn. That would be an ambition of mine…

10. Finally – tell us two things that might be surprised to learn about Claire Martin?

OK! I am the co-team manager of the Brighton Under-16s Cougar Girls Basketball Team. And the other thing you wouldn’t know about me is that I’m a really good badminton player! I play badminton at quite a high level. There you go!

Tour dates for the events mentioned above can be found at http://www.clairemartinjazz.co.uk